In line with plans to systematically increase asset recovery in this decade in Norway’s mature oil-producing region of Tampen, Norsk Hydro engineers are revisiting high-profile wells in an attempt to ramp up production and recover a larger percentage of their investment. The 10 platforms offshore Bergen represent combined investments by North Sea operators of about USD 28.4 billion with an additional USD 4.6 billion planned for this decade. Only 22% of the estimated reserves on the Norwegian Continental Shelf have been produced. Prior to extensive analysis of the Norsk Hydro wells, poor cement placement was perceived as the root cause of undesirable fluid channels. Using services based on novel procedures and engineering systems included in the Schlumberger WELLCLEAN II engineering solution technology, wells ranging from highly deviated to completely horizontal were analyzed, causes of lower-than-expected flow were identified, and solutions were determined. Operator concerns about undesirable fluid channels resulting from poor cement placement were confirmed. Implementation of a new regime resulted in a perhaps unprecedented cement bond quality in this region, meeting objectives of better high-quality cement placement and coverage throughout the production liners. Integrity of cementing operations and complete mud removal are critical to achieving preferred zonal isolation and optimum flow of hydrocarbons. 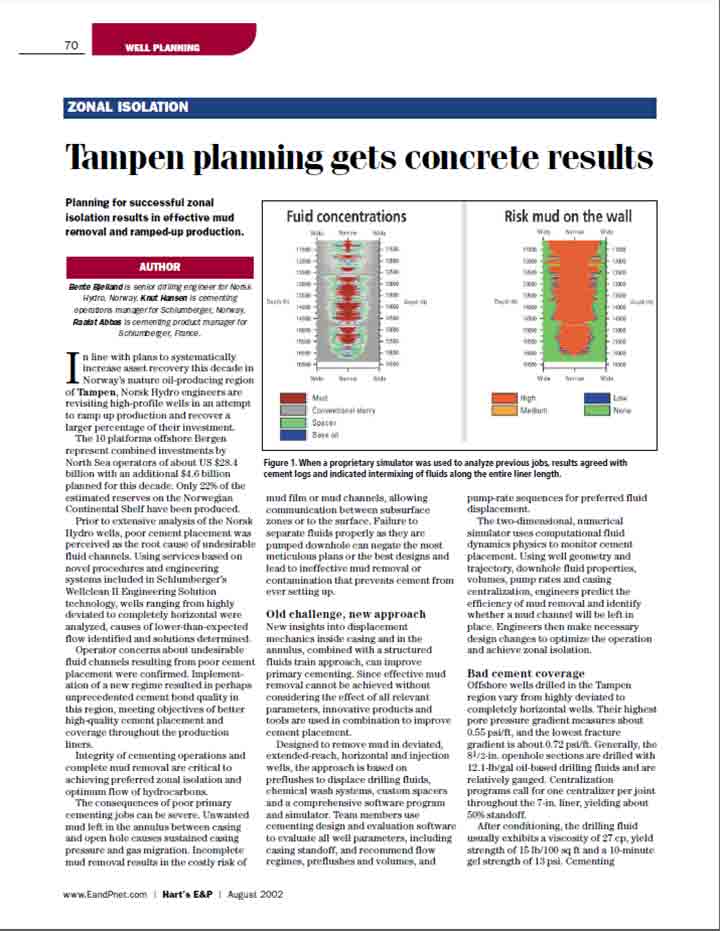