Effective well placement in horizontal drilling requires that geological changes be detected quickly, and that the well plan be adjusted in a timely fashion. With this challenge in mind, a dependable geological steering partnership was developed between North Plains Energy LLC (NPE) and Schlumberger for providing directional drilling and MWD/LWD services, supported by the company’s PayZone Steering well placement service at the wellsite. The real-time forward modeling software assists in geologically steering deviated well trajectories by combining petrophysical data from LWD logs run in offset wells, the geological earth model, and the directional well plan to create a model of the formations being drilled. Between August 2010 and August 2011, the PayZone Steering service was used to consult on 17 wells on NPE’s acreage. In these wells, approximately 130,000 ft of lateral section were drilled after entering the primary target zone(s), and 120,000 ft (92%) of those lateral sections were positioned within the primary target zone(s). 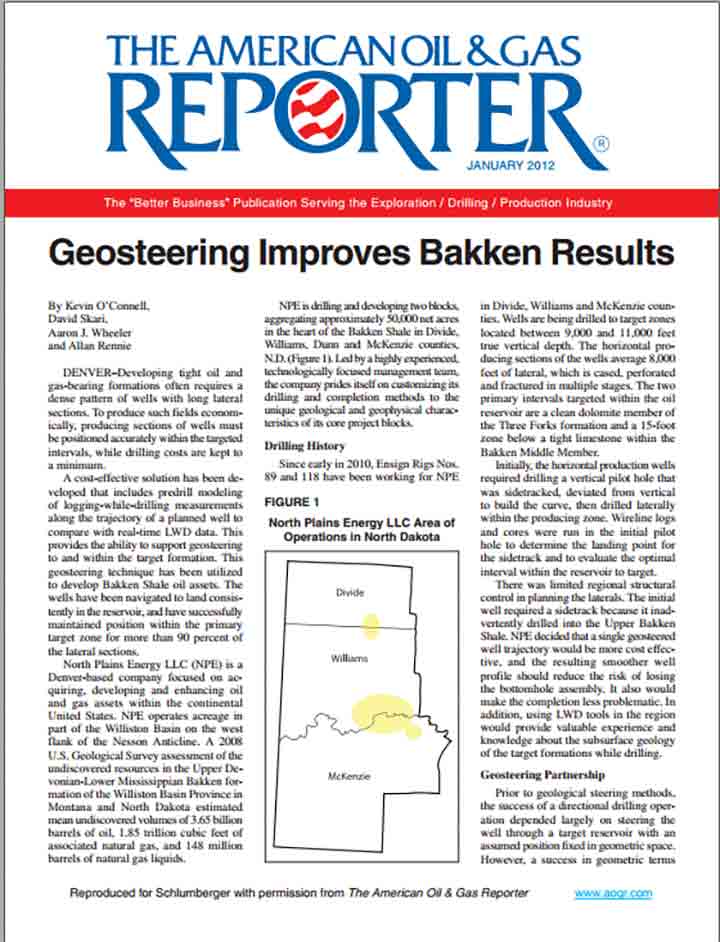