Background
In the Niobrara Shale, an operator sought to increase ROP in the 83/4-in intermediate (vertical and curve) interval while maintaining sufcient toolface control to drill the curve at a planned build rate of 8°/100 ft. The interval was drilled in one run on a steerable positive displacement motor BHA. Compared with the performance of a baseline SDi519 bit in the same interval in a similar well on the same pad, the new bit increased overall on-bottom ROP 39.2%, and average on-bottom ROP while rotating increased 22.6%. Additionally, average footage required to slide per well decreased 30.6%, and average on-bottom ROP while sliding increased 23.9%.
Products Used
IDEAS Integrated Dynamic Design and Analysis Platform
StingBlade Conical Diamond Element Bit 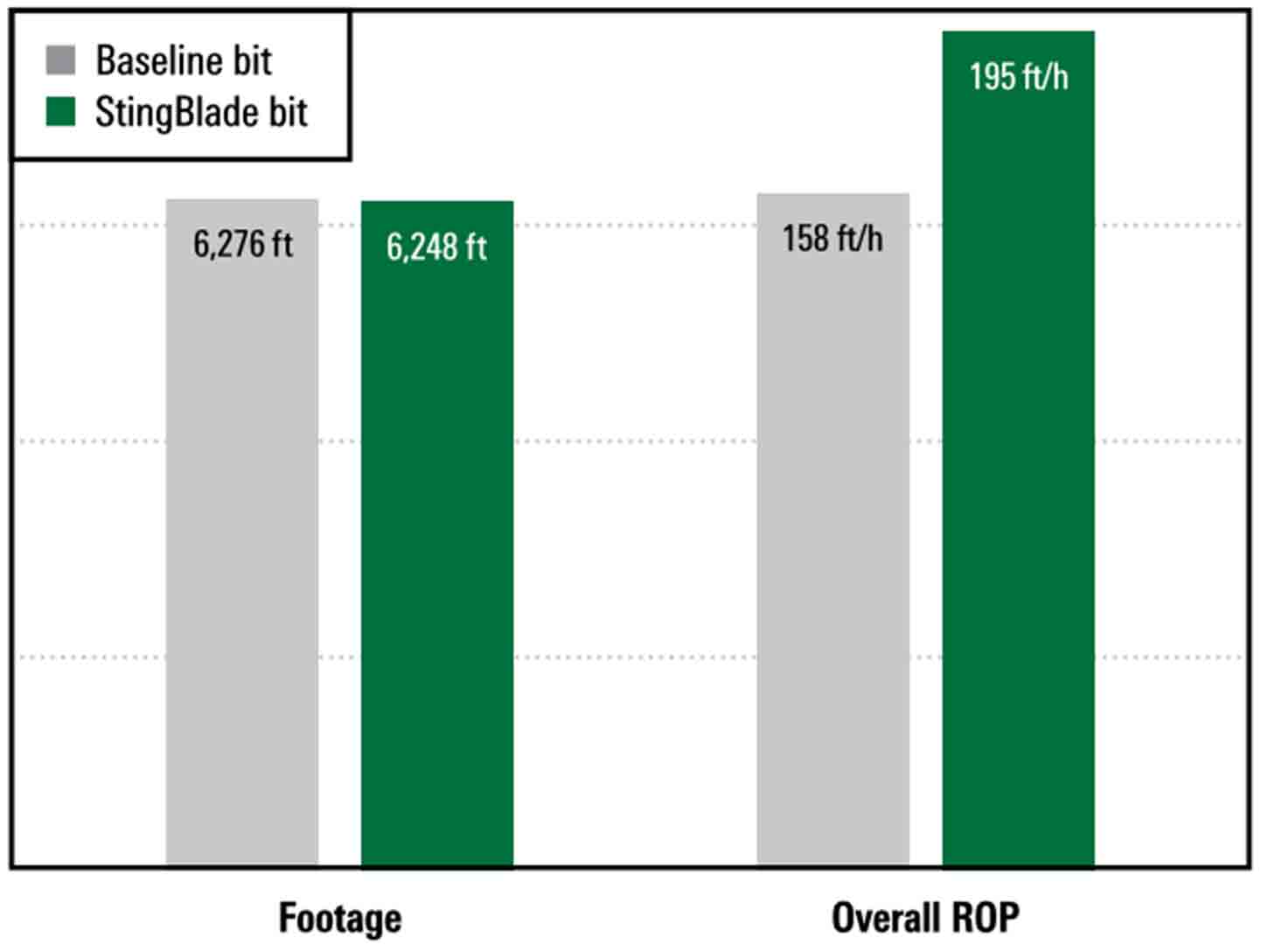 In comparing the median footage and on-bottom ROP of a baseline bit (SDi519) with the StingBlade bit, the latter increased speed across the operator’s DJ basin runs. 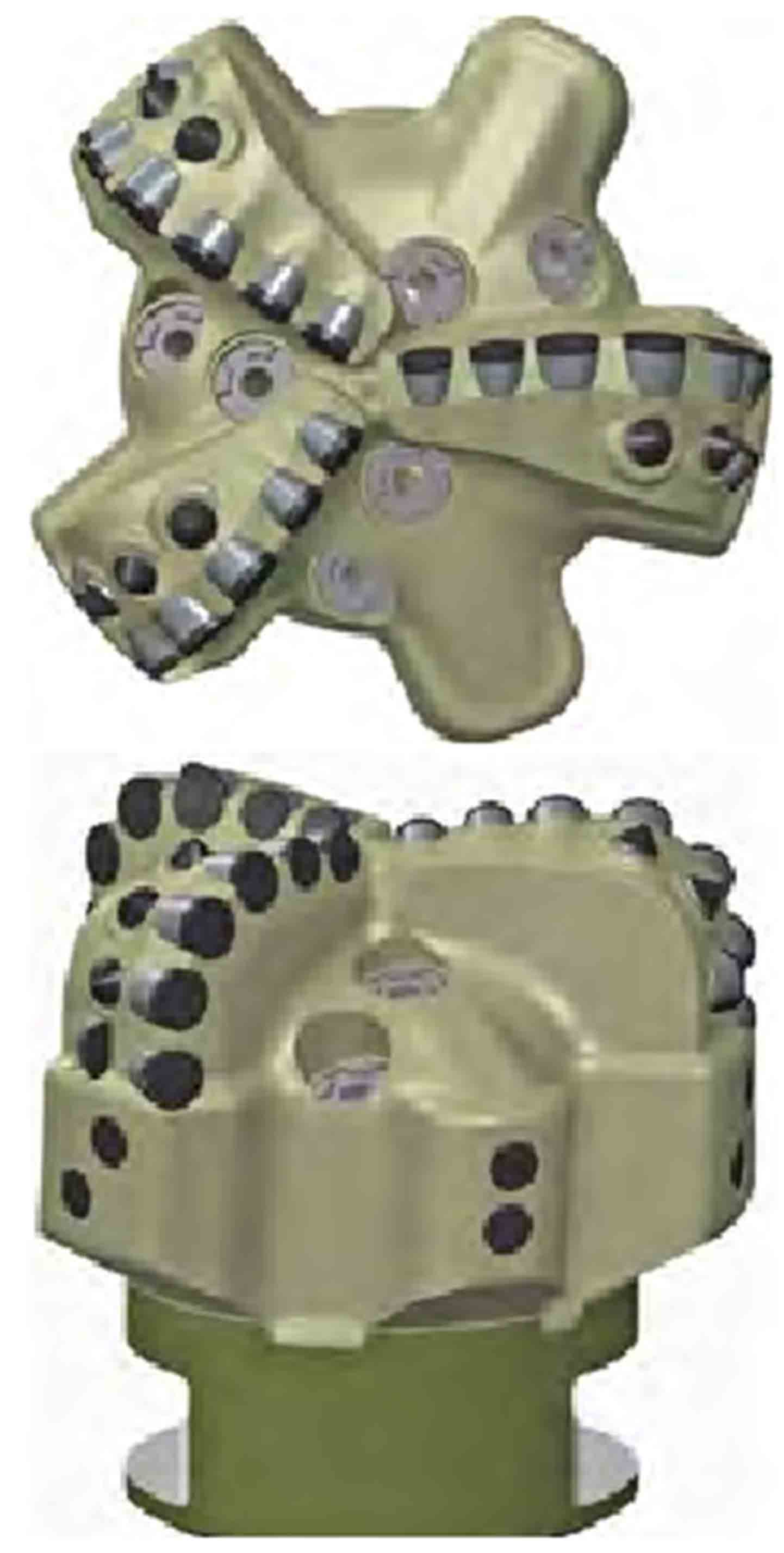