An operator in Ecuador planned to perform a series of workover operations on onshore wells, but it was found that the produced crude would emulsify with the brine that would be used for the workover. This could lead to pore blocking and reduced well productivity, or poor crude-water separation at surface.

The high-performance SAFE-BREAK Prime universal nonemulsifier was evaluated in the laboratory by treating brine and crude oil at different ratios. Following tests, the final fluid blend was flowed through a production screen coupon to ensure no screen-blocking deposits were created by the laboratory mixture. 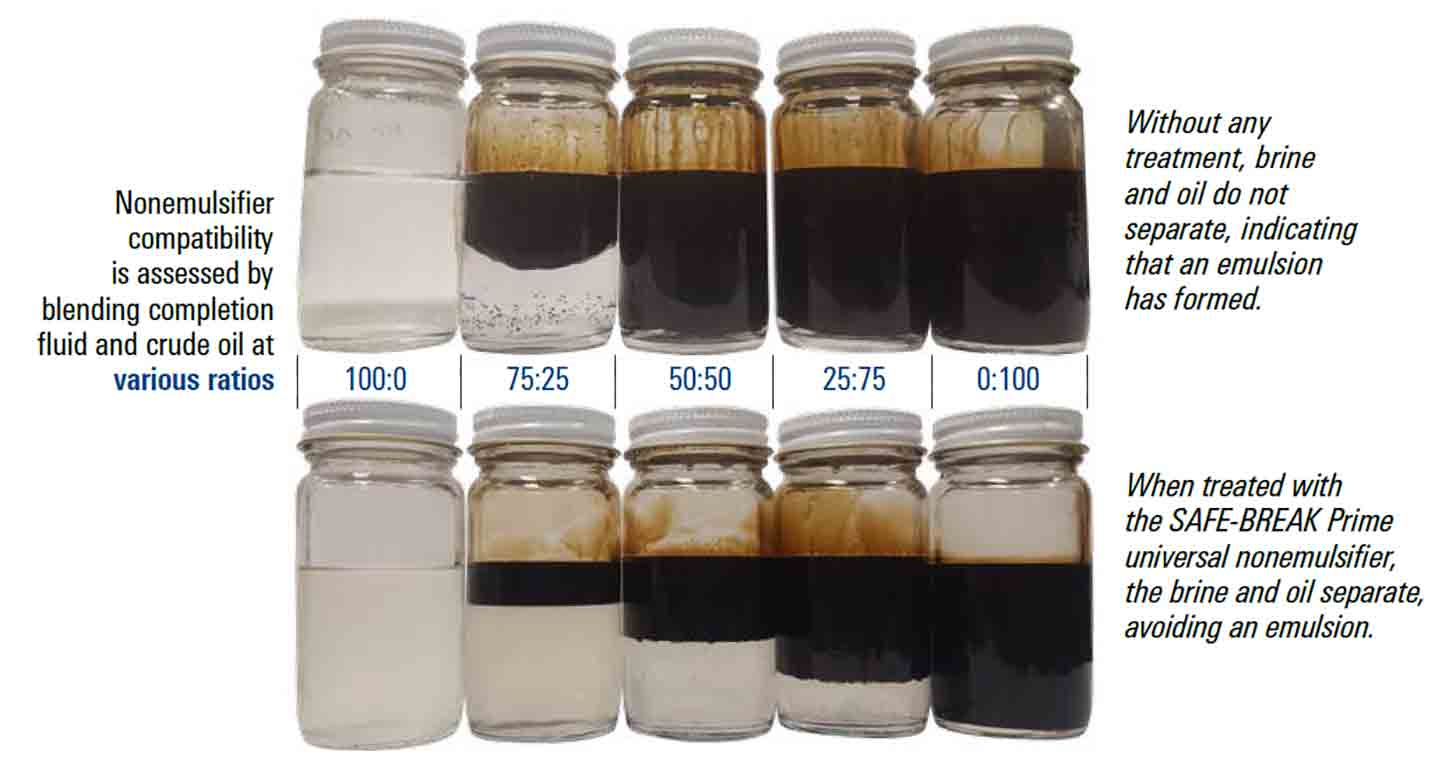 SAFE-BREAK Prime universal nonemulsifier was used successfully in two wells, one with potassium chloride brine and the other with sodium formate brine. No emulsion was observed at surface when production began, and the production rate increased by 20% after workover operations.
Products Used
Nonemulsifiers
Additives to control emulsion formation

Prevent the formation of a stable emulsion between clear-brine completion fluids and reservoir crude oil.