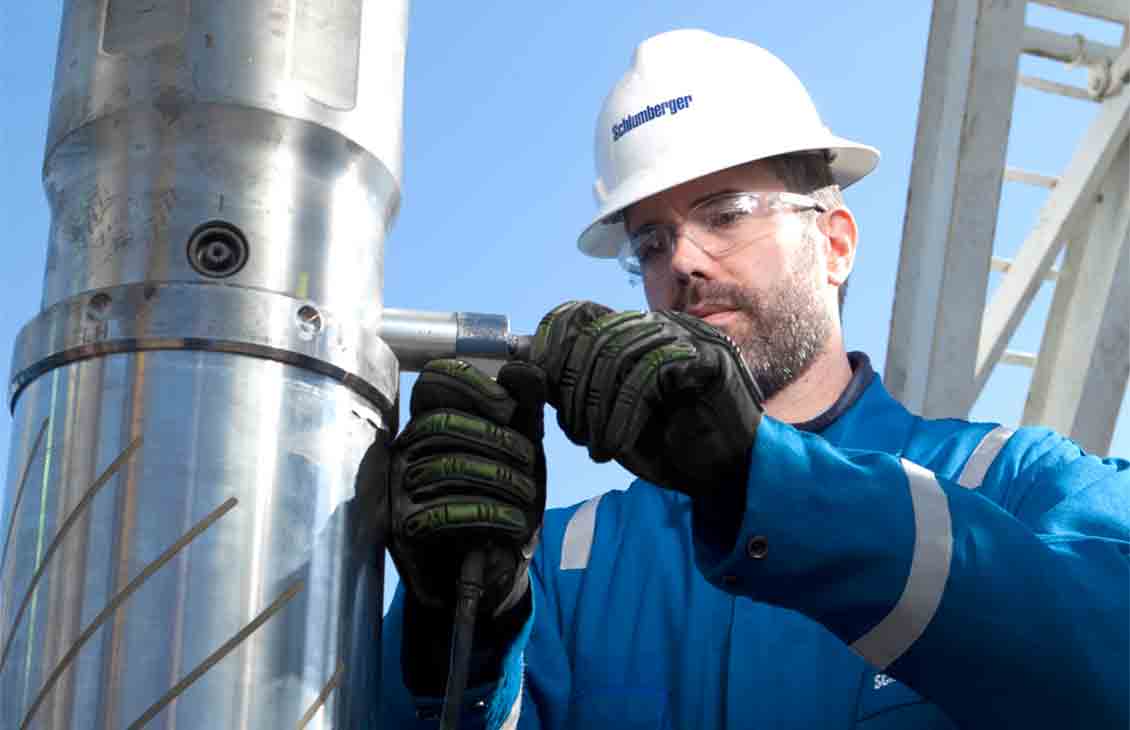 With a deep range of investigation that extends more than 100 ft from the wellbore, drilling teams can use the GeoSphere service to reduce drilling risk and accurately land wells, resulting in the elimination of pilot holes. In addition, the real-time reservoir mapping-while-drilling service enables the positioning of wells within target reservoirs, away from fluid boundaries, leading to increased reservoir exposure as well as allowing geoscientists to refine their seismic interpretation and geological and structural models.

The GeoSphere service has been tested in more than 140 wells worldwide, including locations in North America, South America, Europe, Middle East, Russia and Australia.

In the North Sea, a customer used the GeoSphere service to successfully land a well and detect the top of the reservoir target from a distance of nearly 50 ft, allowing for optimization of the drilling plan before the formation was drilled. With the drill bit over 300 ft away from the target reservoir, the mapping-while-drilling technology confirmed that there was considerable distance for adjusting the trajectory if needed, to optimize reservoir entry.

In Northern Europe, a customer used the GeoSphere service to double the reservoir net-to-gross ratio from 0.45 to 0.96 on two horizontal wells with complex geologies. The increased exposure in this thin bed discontinuous reservoir, compared to all previous wells in the field, resulted in a production improvement in both wells of more than 8,000 additional bbl/day.

To learn more about the GeoSphere reservoir mapping-while-drilling-service, visit www.slb.com/geosphere.

Schlumberger is the world’s leading supplier of technology, integrated project management and information solutions to customers working in the oil and gas industry worldwide. Employing 123,000 people representing over 140 nationalities and working in more than 85 countries, Schlumberger provides the industry’s widest range of products and services from exploration through production.

Schlumberger Limited has principal offices in Paris, Houston and The Hague, and reported revenues from continuing operations of $45.27 billion in 2013. For more information, visit www.slb.com.