All offset wells drilled in this area of the Taranaki basin had experienced problems coming out of the hole after trouble-free drilling of the 12¼-in. section. No problems were experienced during drilling, although stick-slip was always high and torque erratic. Trips, however, were extremely slow since it was necessary to backream most of the way .Following this backreaming, the hole was always in good condition and no further problems were experienced running in or pulling out. Casing was always run to total depth without problems. Because it was agreed that mud weight was not an issue, the client asked for suggestions to make the trip out faster.

Since there were no other hole problems, it was decided to maintain the selected KCl/IDCAP* D/GLYDRIL* mud system. It was proposed to add G-SEAL graphite to the mud at a concentration of approximately 2 lb/bbl (5.7 kg/m3) while drilling the section with a further boost to around 5 lb/bbl (14.3 kg/m3) before tripping in an attempt to lubricate (“slicken up”) the filter cake.

The trip out of the hole was smooth and trouble-free up to the point at which G-SEAL additions had commenced. It could not, however, be proved conclusively that this was attributed to the use of the G-SEAL graphite (subsequent wells did have problems pulling out even when G-SEAL graphite was used; however, they were generally less problematic than earlier wells on which the G-SEAL product had not been used.)

Low torque. The average recorded torque value was 10,000 ft-lb prior to addition of G-SEAL lost-circulation material, dropping to an average of 7400 ft-lb following the addition of just 2 lb/bbl (5.7 kg/m3)—approximately a 26% sustained reduction Similarly, the maximum observed torque prior to the addition of G-SEAL graphite was 21,200 ft-lb versus 14,800 post addition—also a reduction of more than 25%. Cost-effective additions. G-SEAL additions accounted for less than 10% of the section mud costs No effect on other mud properties. All properties remained within specification with no unplanned treatments The Details The fluid properties are shown in Table 1. Table 1 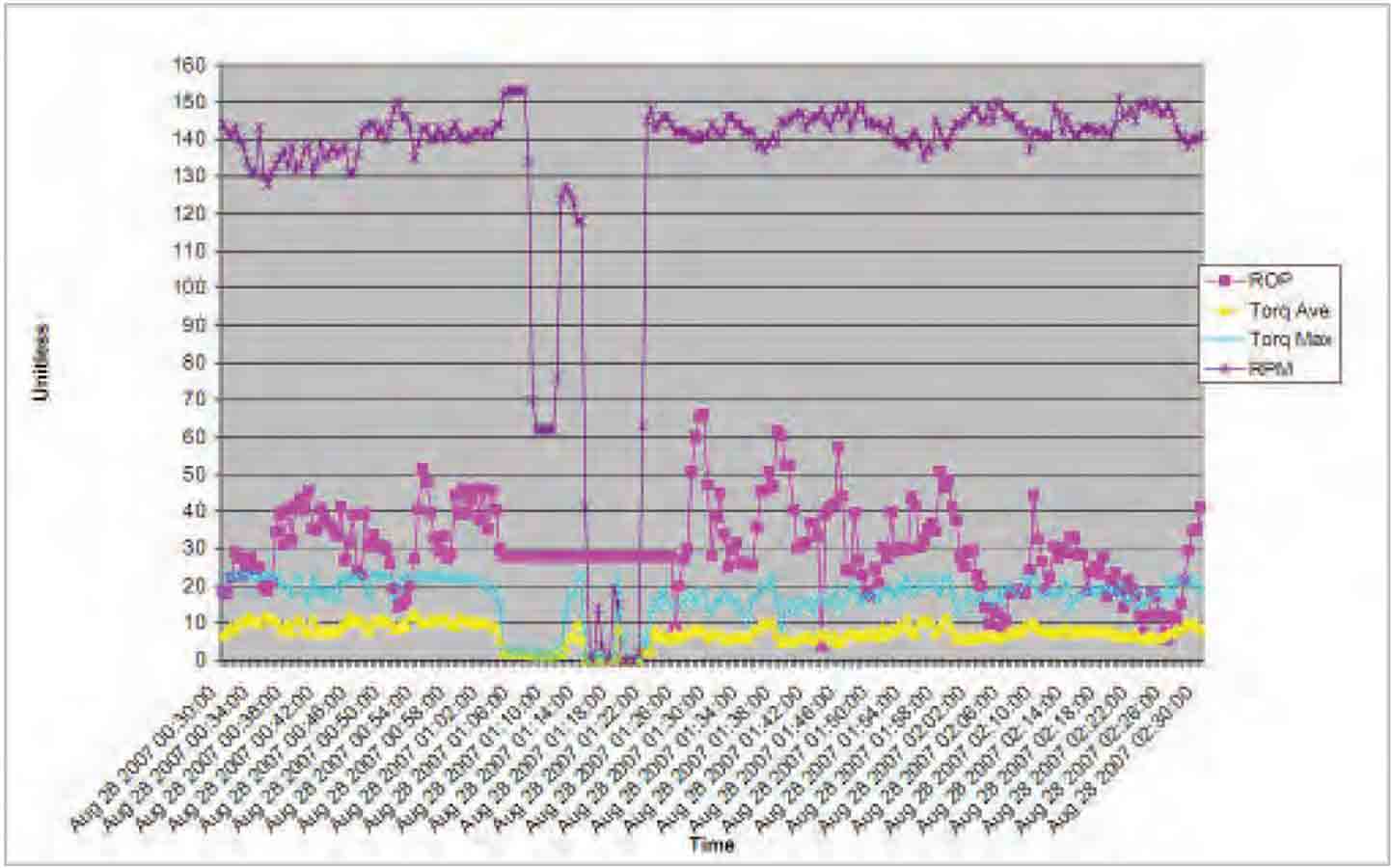 “Backreaming while tripping through new hole has been accepted as a necessary and costly fact of life when drilling offshore in the Taranaki Basin. Adding G-SEAL* material to the mud reduced the need to backream significantly.”

If you’d like to know more about the G-SEAL product and how it’s performing for our other customers, please call the M-I SWACO office nearest you.

Challenge: All offset wells drilled in this area of the Taranaki basin had experienced problems coming out of the hole after trouble-free drilling of the 12¼-in. section.

Graphite and industrial carbon blends that bridge and seal porous and fractured formations.

Apply in polyglycol systems with fresh- to medium-salinity makeup water and in low formation temperatures.

Adsorbs onto the clay surfaces and prevents cuttings from sticking.