Solution: A mixed team of Schlumberger D&M, Slickline and M-I SWACO engineers tested the fishing assembly to be used in the Alaskan M-I SWACO shop with a similar 5 in. WELL COMMANDER valve and BYPASS BALL CATCHER device combination to confirm the assembly will go through.

Results: The RA sources were successfully fished through the 5 in. WELL COMMANDER on the second attempt, allowing the client to sidetrack the well and continue drilling.

While drilling the 6 1/8 in. section, the rig experienced a drilling break and then took at kick at 8,175 ft (2,492 m) MD. The rig pulled up 20 ft (6 m) off bottom and the well was shut in. It was confirmed that that well was not static and the well was taking gains. To control the well, kill mud was mixed and pumped. During circulation on bottom after the well kill, the rig tried to pull on the drill string, and the BHA was determined to be differentially stuck.

The engineers started the source stuck Emergency Response Plan (ERP). After notifying all parties, the engineers talked with the company man on site and offered advice and recommendations on how to deal with the lost radioactive (RA) source situation. Once the rig had completed 100 jarring cycles, the engineers, company man and personnel in town made the decision to attempt fishing the RA source through the BHA, including the 5 in. WELL COMMANDER ball-activated drilling valve and BYPASS BALL CATCHER device.

As this section of the well was relatively shallow, the operator had few options if the sources had to be left in the hole. The regulatory mandate of a 200 ft (61 m) cement plug on top of the sources will partially condemn the well.

A mixed team of Schlumberger D&M, Slickline and M-I SWACO engineers tested the fishing assembly to be used in the Alaskan M-I SWACO shop with a similar 5 in. WELL COMMANDER valve and BYPASS BALL CATCHER device combination to confirm the assembly will go through. After demonstrating that the selected 1.31 in. OD fishing assembly would pass through the 1 1/2-in. drift of the ball catcher the operation to fish the RA sources commenced.

The WELL COMMANDER drilling valve is the only drilling valve available in the industry that will allow pass through it even if a ball has been dropped. This unique design advantage allows the operator to run free point tools, back off bars, RA sources fishing assemblies as well as to run/activate ball operated tools below even after a ball has been dropped. Note: no balls were dropped to the WELL COMMANDER valve in this particular well.

The RA sources were successfully fished through the 5 in. WELL COMMANDER on the second attempt, allowing the client to sidetrack the well and continue drilling adverting major complications with the well and regulatory authorities. The BHA was backed off on top of the ball catcher and portion of it was left in the hole after being cemented.

The key for the success of the operation was proper preparation, the fishing gear was taken to the M-I SWACO shop in Alaska and tested on a spare WELL COMMANDER valve and BYPASS BALL CATCHER to ensure it would go through. 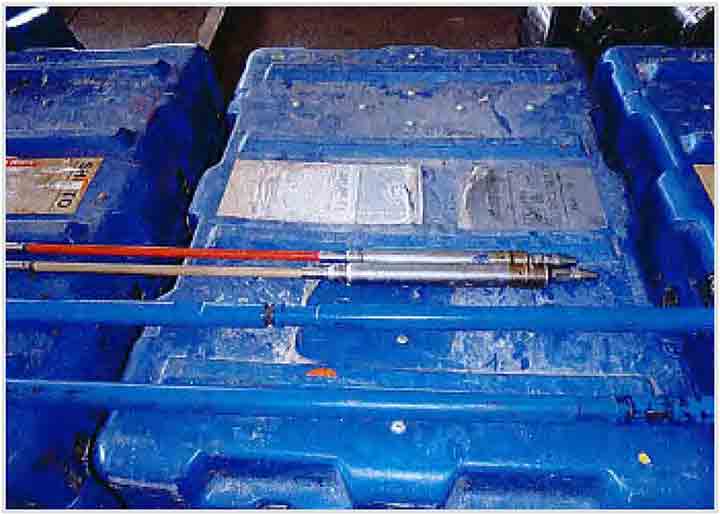 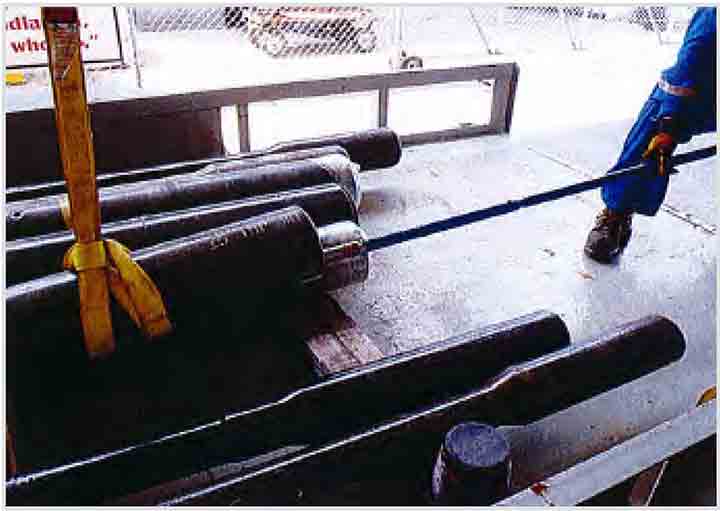 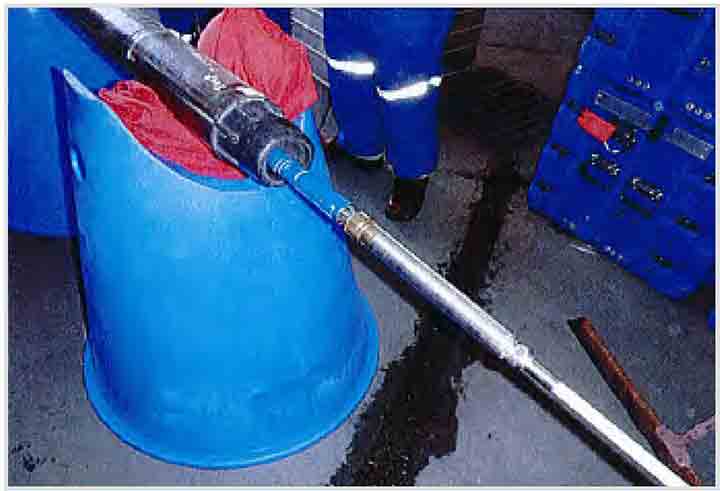 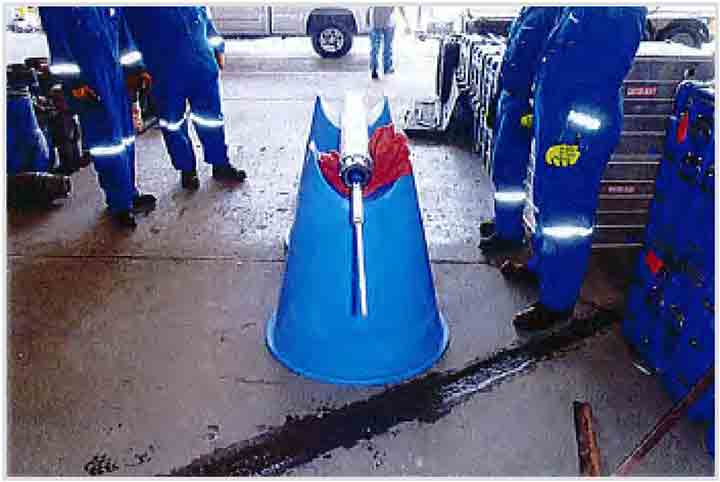 The Schlumberger Slickline crew was called to location to attempt fishing the RA source from the stuck BHA. The fishing equipment had a maximum OD of 1.31 in. and had been tested in the Slickline workshop to ascertain that the assembly would pass through the WELL COMMANDER drilling valve.

On the first attempt to fish, the Slickline assembly ran to the source fishing head depth and appeared to hold up. As the weight of the assembly was too low to see a definitive slack off at the fishing head depth, decision was made to start pulling up; engineers witnessed a small over pull of about 800 lb. This over pull did not reach the 11,300 lb needed to shear the source shear pin. Since the engineers were aware that the excessive jarring used while attempting to free the stuck BHA could have already inadvertently sheared the source pin, the decision was made to pull out of hole. Once on surface it was seen that the source had not been retrieved.

It was decided to tap down on the source fishing head once and then pull out of hole and check for the source. On the trip out of the hole upon reaching 300 ft (91 m) from surface, all BOP, rig floor, shaker, and cellar areas were cleared. Engineers raised the fishing assembly to the rig floor and detected the source with the survey meter, which was then guided into the source transfer shield. The mandatory surveys were taken with the survey meter on the rig floor and around the transfer shield and after it was confirmed that the source was inside, it was locked and transferred inside the overpack.

“The fishing assembly made it to the correct source depth because we tested the same assembly through the WELL COMMANDER* drilling valve in the base prior to beginning the fishing job. On the second attempt, the sources were successfully retrieved which was a big relief for our customer.”

If you’d like to know more about our WELL COMMANDER ball-activated drilling valve or other Drilling and Wellbore Clean-up tools, please call the M-I SWACO office nearest you.