Combining completion technologies enabled real-time identification of parent-child well communication and design optimization and decreased the severity and frequency of frac hits in subsequent stages. The results indicated no negative frac hit effects and sanding in any of the parent wells, which ultimately translated to USD 500,000 saved in cleanup costs. At about a year, the best infill well production was only 10% less than the parent well with similar completion design, and the average infill well production was approximately 18% less than the parent well. After the infill wells received stimulation treatment, production results showed a positive uplift in oil production for all parent wells by an average of 118%. 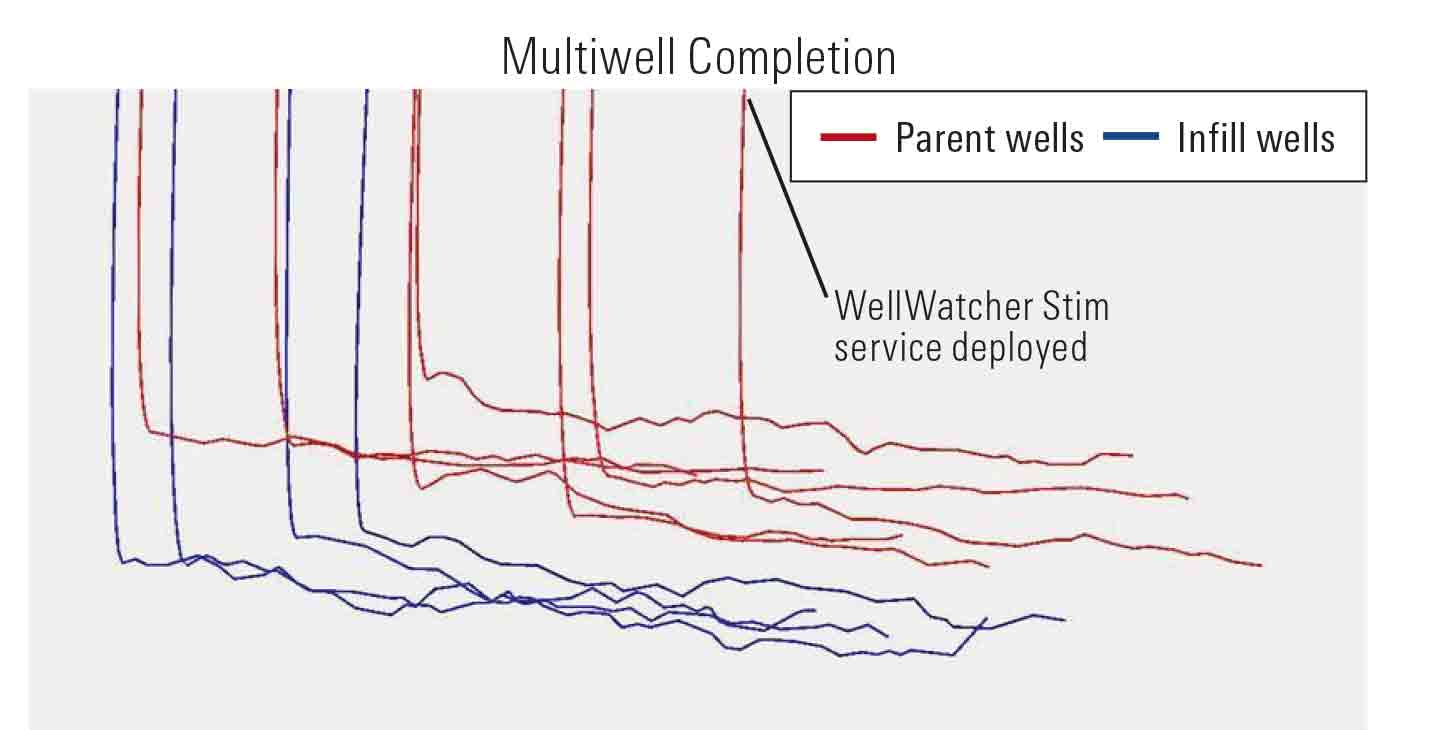 BroadBand Shield service and BroadBand Sequence service were deployed in four infill wells, and WellWatcher Stim service was deployed in one parent well. 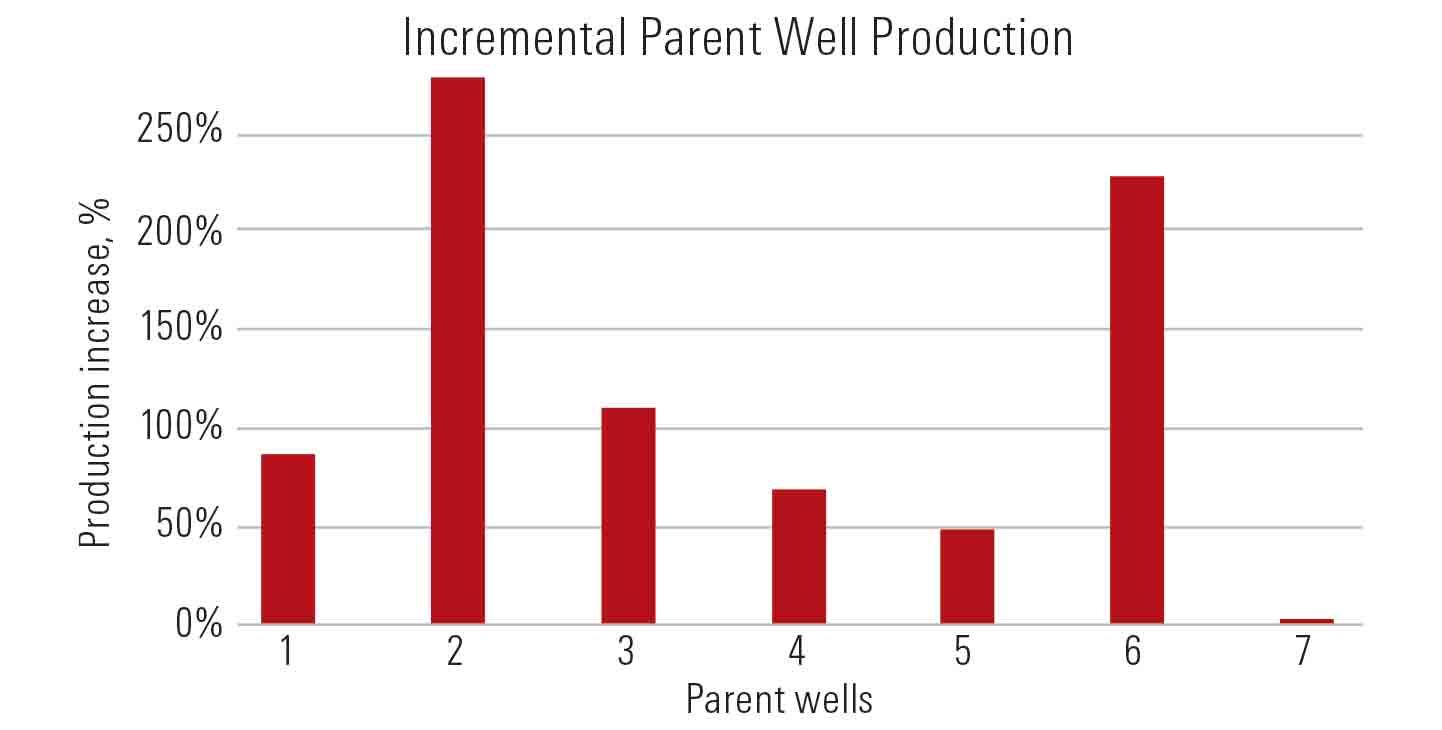 After the infill wells stimulation treatment, there were no negative effects on parent wells, and their oil production increased by an average of 118%.

Minimize the risk of frac hits on neighboring wells or fracturing into undesirable zones while increasing fracture complexity.