Before the FUTUR self-healing cement system was introduced, mechanical properties of cement were designed to maintain hydraulic isolation during regular operations in well construction and production. Once cement has set, though, any damage to the sheath can allow hydrocarbons to leak. FUTUR cement, which is automatically activated upon contact with hydrocarbons, guards against leaks and sustained casing pressure at the wellhead during drilling, perforation and stimulation, and production. The technology guards against such damage after the cement has set. Whenever the cement sheath is damaged during a well's long-term productive life, the technology reacts with any hydrocarbons flowing through cracks or microannuli and seals the pathways within hours. The self-healing response of FUTUR cement can be repeated should annular integrity be comprised again later in the life of a well. Since its introduction, the technology has been used in more than 15 countries around the world. 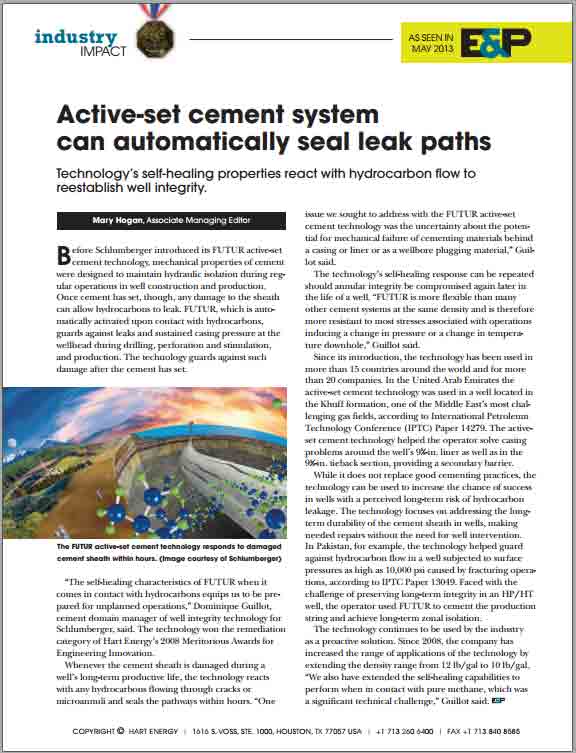 Ensure long-term zonal isolation and well integrity from production to abandonment and beyond.