The Angsi field is a significant priority in terms of oil and gas production for Petronas Carigali Sdn. Bhd., a subsidiary of Malaysia’s national oil company. Exploration in the field began in 1974, with first oil and gas production in 2001 and 2002 respectively. In 2004, Well A-33, which penetrated three pay zones, was drilled and completed with dual 3 1/2-in oil and gas production tubing. In mid-2008 the well ceased production due to low flow-tubing-head pressure. In 2009 and 2010 the string was again put onstream to assess its potential. Three well tests were carried out. The average gas rate obtained was less than 5 MMcf/d. Because of the production decline, it was decided to restore potential by adding perforations via coiled tubing. Adding perforations is challenging because of complexities such as on-depth perforation, depth accuracy of coiled tubing, and uncertainty of depth correlation prior to detonation. 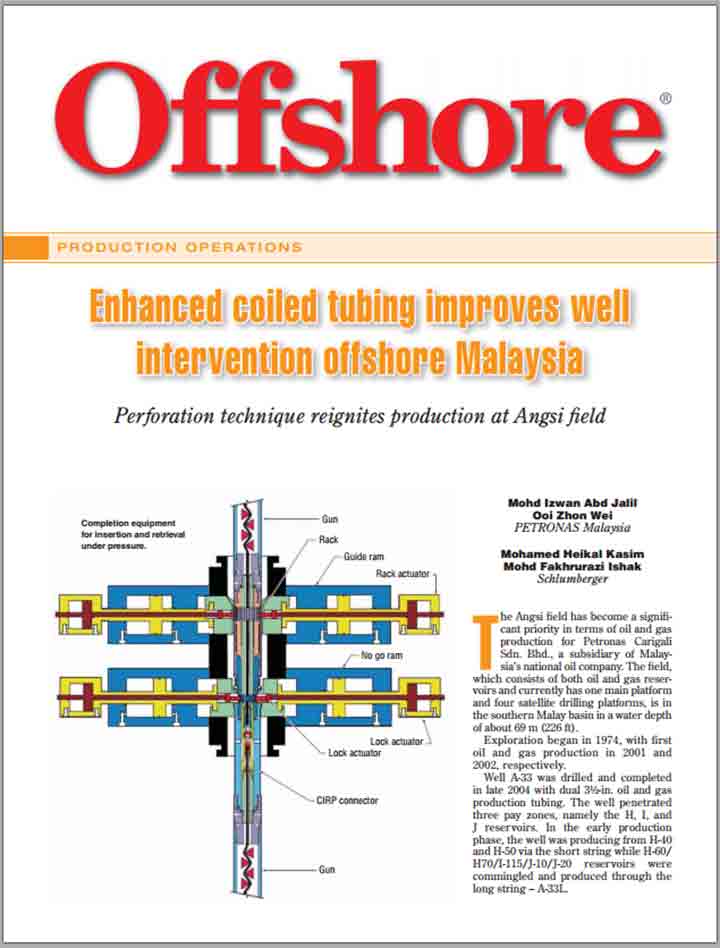 Insert and retrieve long perforating gun strings under wellhead pressure when the surface pressure control equipment is shorter than the gun string.