Reducing Methane and Flare Emissions: Time to Act—and Here’s How 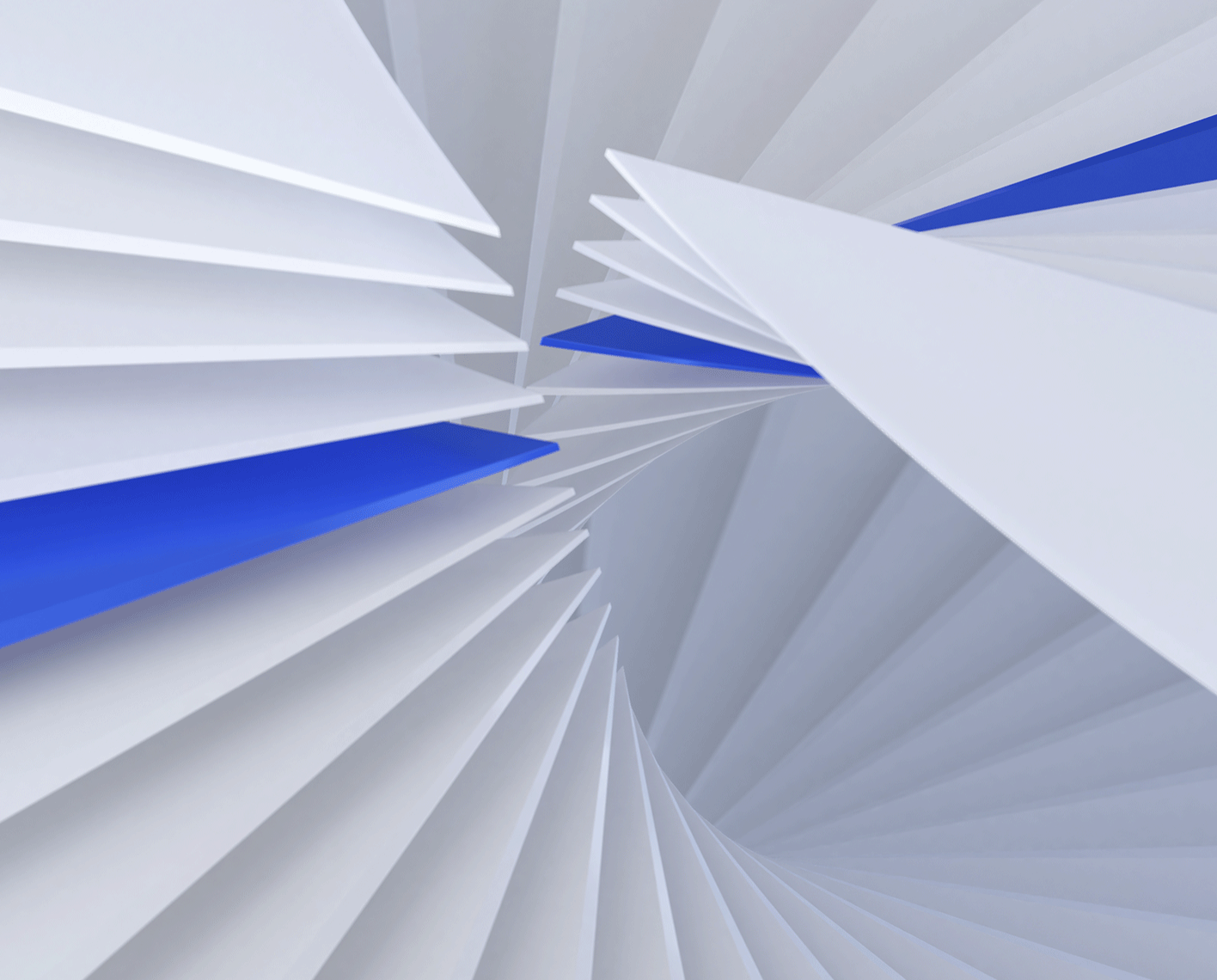 Reducing Methane and Flare Emissions: Time to Act—and Here’s How

The oil and gas industry has a new and urgent imperative to address climate change while meeting growing demand for energy today and into the future. Reducing human-made greenhouse gas (GHG) emissions generated across the whole oil and gas industry value chain—especially from releases of methane and from flaring—will play a pivotal role in this journey.

We sat down with Schlumberger’s Emissions Business Director Kahina Abdeli-Galinier to talk about the critical importance and implications for the industry of reducing its methane emissions, what’s driving the global efforts to reduce them, and what will ultimately be required to make this happen.

Why must the oil and gas industry act now to reduce its GHG emissions?

The world is transitioning to a lower carbon economy, and that transition is starting with the energy industry. Oil and gas obviously have a large role to play in that transition. One of the quickest wins to slow climate change is to reduce direct emissions—so called “Scope 1” emissions—associated with exploration and production. These emissions occur from the well pad to the refinery and make up about 10% of all anthropogenic GHG emissions. The emissions arise from processes that are not inherent to production—such as methane releases and flaring—meaning reducing them is more practical than other measures to slow global warming.

Methane is a particularly important target. It is the main component of natural gas and also a potent GHG. Over a 20-year period, one ton of emitted methane causes as much global warming as 84 tons of emitted carbon dioxide. The potency means that any methane emitted to the atmosphere causes climate-related economic damage at a price 10 times higher than the typical market price for selling that gas. Historical methane emissions are responsible for 0.5 C of the 1.1 C that our planet has already warmed, and the oil and gas industry is one of the largest sources of methane emissions today. On March 8th, the Oil and Gas Climate Initiative (OGCI) members announced an ambition to achieve zero methane emissions from oil and gas operations by 2030, demonstrating the commitment to act fast and act now.

Why is natural gas important for the transition to a lower carbon economy?

The natural gas industry has the opportunity to thrive in the next stages of the energy transition—rapidly growing economies need stable energy sources, and those demands cannot be fully met today by intermittent or readily available sources such as solar and wind power. Gas has an inherent advantage as the lowest-carbon source of stable power, with half the carbon dioxide footprint of coal. Unfortunately, today, gas has a much higher methane footprint than coal, eroding some of the climate advantage. By quickly reducing our methane emissions, we can cement gas’ role as the preferred source of low-carbon reliable energy, making gas a critical fuel during the transition to a zero-carbon economy.

Scientists and policymakers have prioritized methane reduction, and our industry faces immense pressure from many directions to comply.

Under voter pressure, government policy is tightening fast: mandatory leak detection and repair requirements, zero or low emission technology standards, and a ban on non-emergency flaring and venting are well established in North America and Europe and are emerging elsewhere.

Customers are weighing in as well. Recently, an LNG project intended to ship gas from Texas to France was blocked in France due to concerns about GHG emissions that would have occurred in Texas. Additionally, responsibly sourced gas standards are being developed to create a market where consumers can pay a premium for gas with low methane emissions.

In addition to methane, flaring is recognized as a large source of GHG emissions and the most criticized activity in the oil and gas industry due to its visibility. There are many causes of flaring, including emergencies where gas needs to be flared to ensure safe operating conditions. From an environmental perspective, the focus is on phasing out routine flaring, which occurs because the economic value of selling the associated gas is less than the cost of transporting it to market. Nearly 100 countries and companies have committed to a program organized by the World Bank aiming to achieve zero routine flaring by 2030.

Moreover, growing social consciousness on climate-related issues is resulting in the general public and employees putting more pressure than ever on the industry to take action.

What can operators do to manage their methane emissions?

Emissions management is a fast-evolving specialty. Many operators are still learning to handle it effectively and efficiently. Numerous tools and technologies for methane reduction are already available and understood but, as demand rises, vendors are innovating. 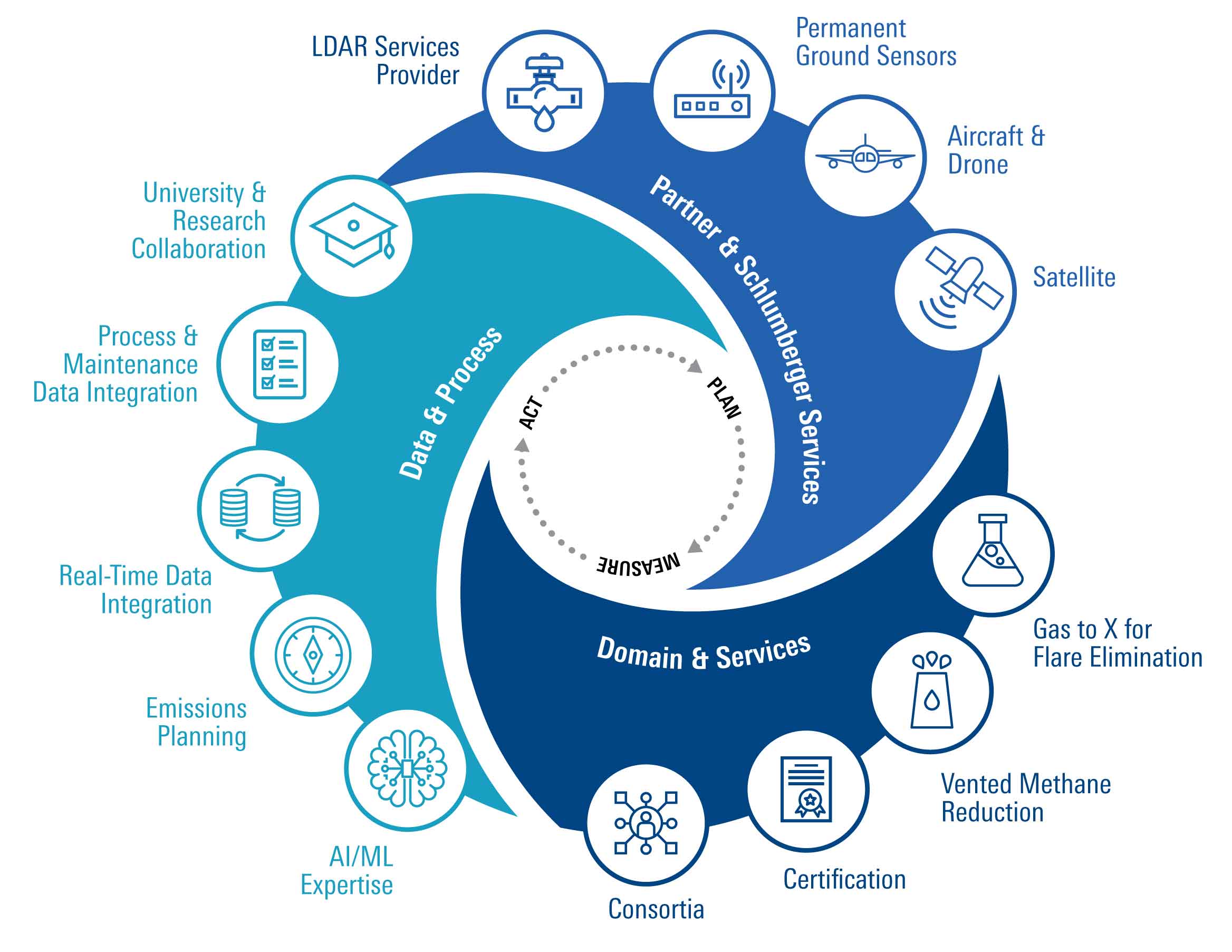 Many technologies are available today to identify and quantify methane emissions and to reduce those emissions once the sources have been identified. On the leak detection side, mobile monitors from satellites, airplanes, and drones can be used to detect leaks from a macro to a more granular level. Fixed monitors measure emissions nearly 24/7 from a single facility.

On the remediation side, vapor recovery units (VRUs), instrument air systems (IASs) that substitute compressed air for pressurized natural gas, and low-emissions (Low-E) valves are just some of the technologies that are being used to reduce fugitive emissions or methane release from venting.

Many solutions involve technologies foreign to the oil and gas industry and require specialist advice to select and integrate. However, that selection must be made with their oilfield application in mind—which requires oil and gas expertise. Setting strategy, understanding regulation, evaluating both available and emerging technologies, choosing vendors, combining solutions, and scaling them globally: it’s a complex challenge.

We’ve recently launched the Schlumberger end-to-end emissions solutions (SEES) business, which aims to tackle these challenges. Because of our global footprint and domain expertise across multiple disciplines, we can offer end-to-end and modular solutions for planning, measuring, and remediation of methane and routine flaring emissions at scale.

What emission solutions can Schlumberger provide to operators, governments and regulators?

The SEES business is based on three pillars: plan, measure, and act. These are all underpinned by the industry’s first digital platform for methane emissions, providing a comprehensive and differentiated path for our customers to achieve their decarbonization journey.

Today, technology solutions that convert flared or vented gas to LNG and CNG, power, and even exotic products like cryptocurrency, are being developed. Identifying the most effective of existing and emerging technologies is challenging because their effectiveness depends on local factors such facility size, type, density, location and climate, among other variables. Schlumberger has unique access to a wide range of technologies for methane monitoring, methane abatement, flare monitoring, and flare abatement, and can identify the most effective plan and approach for any operator’s assets.

Once a plan is developed, the next step is to measure baseline methane and flare emissions across an entire asset. Schlumberger has spent the past year engaging operators, technology start-ups and academia to map the latest developments in oil and gas emissions detection and quantification. We have rigorously evaluated more than 97 methane measurement technologies—mostly from startups—and field-tested 25 of them. Schlumberger has also invested directly in satellite and drone measurement technologies and is launching its own methane and flare efficiency instruments at the end of March. This combination of curated, best-in-class third-party technologies combined with innovative in-house technologies developed to address gaps means we can uniquely provide customers with access to a full range of technology solutions that meet their needs.

Once the measurements are complete and high-emitting sources are identified, it’s time to act. At this stage, we work with our customers to reduce emissions from their emission sources. Reducing emissions involves field work to repair leaks and install low-emitting equipment as well as technology solutions that convert gas to valuable products. Many service providers deliver “actionable information”, informing the operator where emissions occur. Schlumberger uniquely delivers “action” by finding and then fixing emissions.

The glue that brings SEES together is a robust digital platform that gives customers a single, secure place for integrating multisource emissions data. Not only does this platform enable a way for customers to fully comprehend the emissions profile of their business, but it also fosters increased levels of insights, collaboration and opportunities for continuous improvement, accelerating the reduction of methane and flaring from operations.

Eliminating methane emissions and routine flaring is our chance to show that our industry is serious about addressing the climate crisis. Accuracy and transparency are key to ensuring our emission reduction efforts are believed. How we measure, report, and eliminate emissions matters. SEES in collaboration with customers will accelerate the journey to a zero methane and routine flaring-free future. 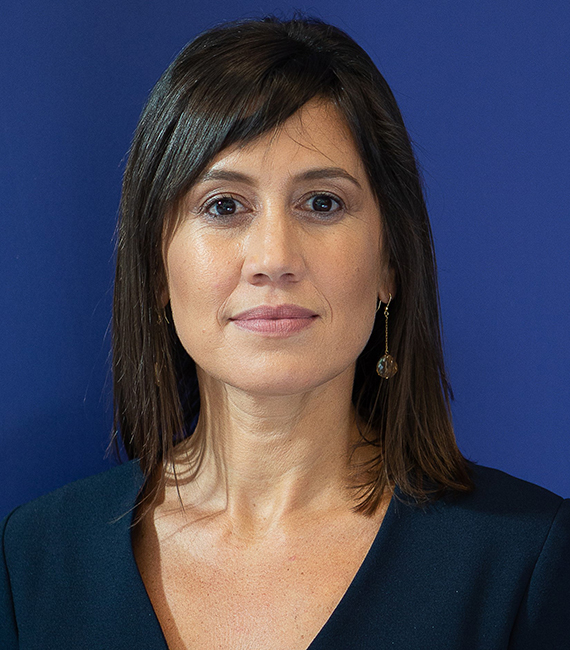 Manage all your emissions data in one open, secure digital environment.