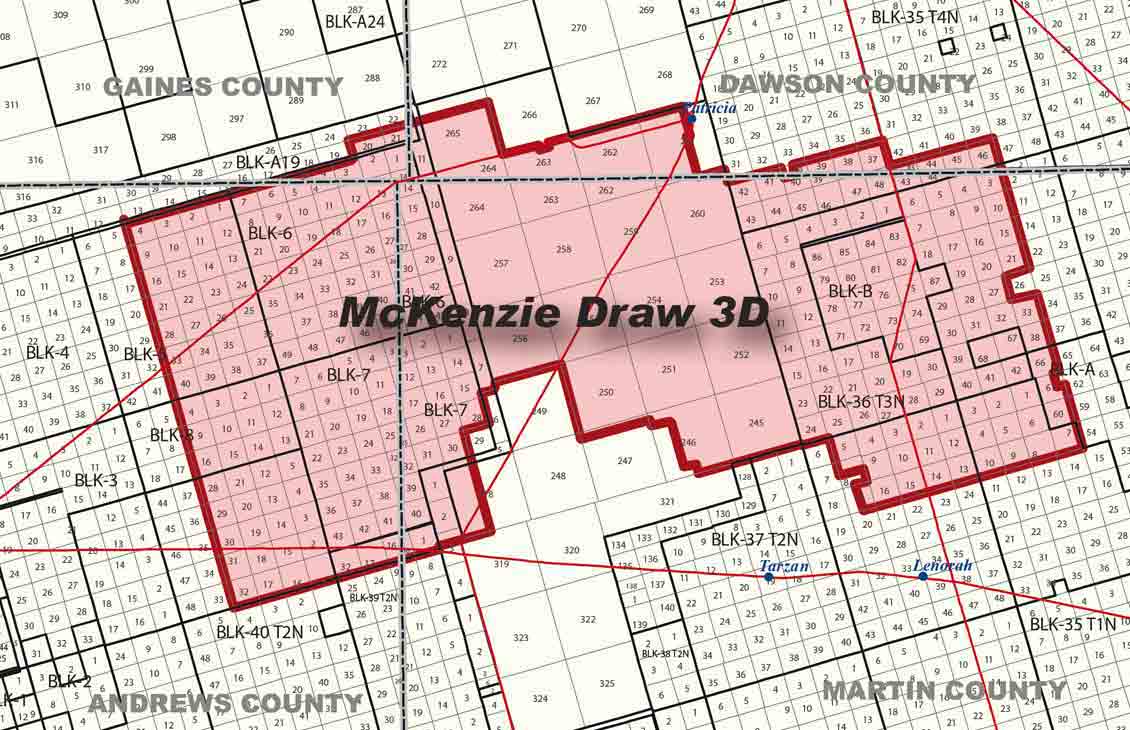 A step change in acquisition design and efficiency resulted in a 13.8× increase in trace density from legacy Permian Basin surveys performed by WesternGeco®, the geophysical service product line of Schlumberger. At the time of acquisition, this was the densest large-scale commercial 1C nodal multiclient survey ever acquired in the Permian Basin, with tight point spacing of 20.625 ft, natural bin size.

Operators are already planning and drilling wells using the final data volumes because of their significantly increased data quality. Certain features such as shallow caves, which occupy up to 10% of the survey area and can have a significant financial impact on drilling operations, can be seen with much more clarity when compared with legacy datasets. At target, the extent and thickness of the carbonate deposits can be identified, which can help operators reduce drilling time by avoiding carbonates and keeping laterals in mudrocks.

For further information about the Schlumberger multiclient surveys, visit www.slb.com/multiclient.

WesternGeco is a mark of Schlumberger