Bahar Energy implemented the Lift IQ production life cycle management service to monitor critical ESP parameters and a cost-effective sand control string to prevent plugging in the ESP and tubing—increasing ESP run life more than 840%, with the ESP still operating at the time of publication.

Drilled in the 1950s and 1960s, wells in the Gum Deniz oil field were historically produced with gas lift after a natural flow period; however, an economic analysis determined that gas lift was less productive and profitable than an ESP system. Bahar Energy decided to convert one of these wells to ESP production. The first three ESPs were supplied by a third-party provider, and each of them failed in less than a month due to excessive solids production. After returning the well to gas lift for four months, Bahar Energy installed a Schlumberger ESP, which greatly improved performance. However, it was clear that sand production needed to be addressed to continue the use of an ESP for production.

Engineers based at the Schlumberger Artificial Lift Service Center (ALSC) in Russia monitored ESP threshold alerts around the clock and analyzed key data to prevent events such as ESP motor overload caused by large volumes of sand plugging the pump and overheating due to severe gas slugging.

Additionally, after the operator installed a sand control string, the sand accumulated on the side of the sludge trap, so it no longer plugged the Schlumberger ESP and tubing. Because the operator combined the Lift IQ service with the effective sand control string, the ESP is still running after 1,026 days—a 840% increase in run life from the initial Schlumberger ESP.

Bahar Energy was able to minimize unnecessary ESP shutdowns that cause additional stress on submersible equipment, and the improved performance of the ESP in such harsh conditions demonstrates that run life can be significantly improved with a personalized, fit-for-well solution. 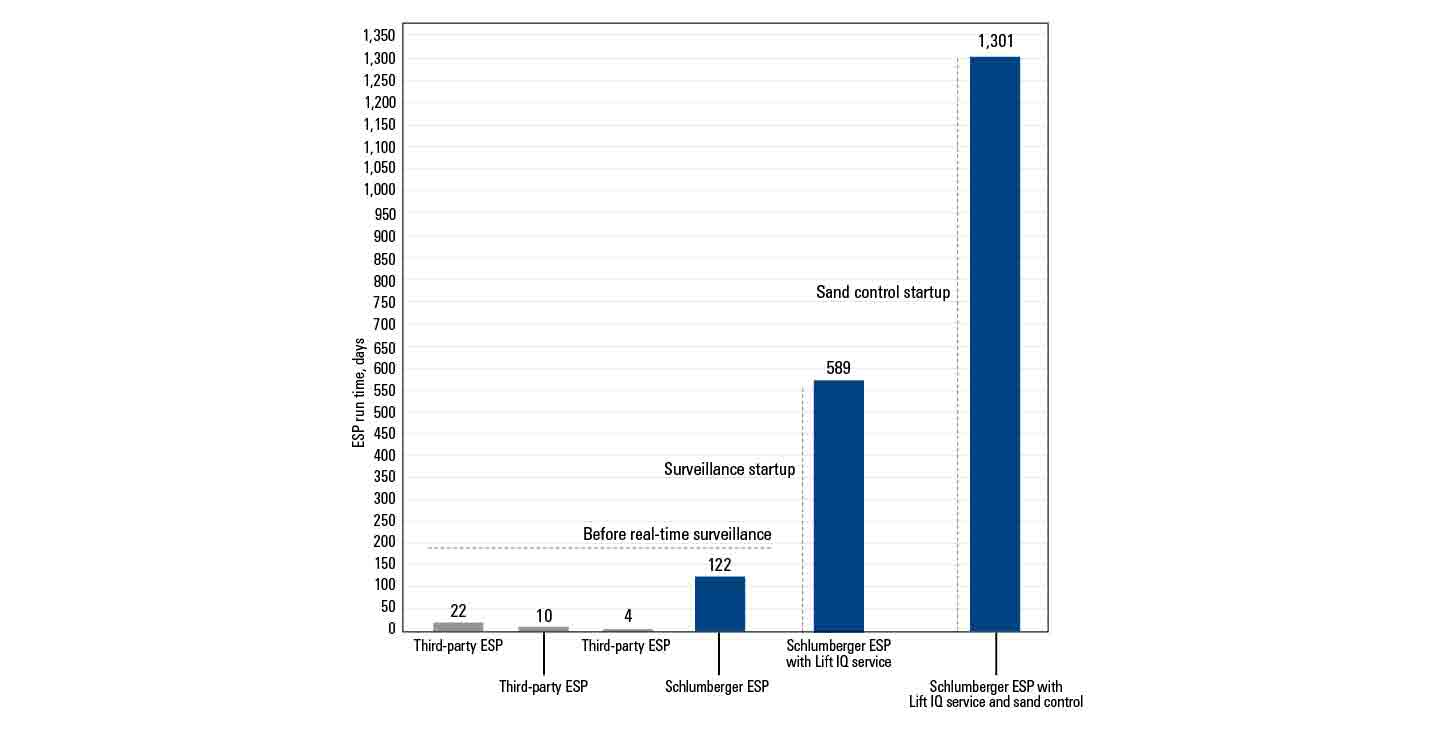