Challenge: Drill 6 ¾-in curve lateral sections, totaling at least 6,400 ft in a problematic shale formation—known to cause bit balling — with maximum efficiency and toolface control.

Results: Drilled the 6 ¾-in curve and lateral sections for a total of 6,420 ft while maintaining good toolface control and increasing ROP 19%.

Drilling 6 ¾-in curve and lateral sections in Louisiana's Haynesville shale, an operator was experiencing bit balling and nozzle plugging, resulting in bits being prematurely pulled. The operator also had to deal with other difficulties commonly associated with shale play applications: Drilling is generally conducted using low-power rigs and relatively high mud weights of 16 ppg. These factors produce a poor hydraulic environment with low flow rates. Adding to this is an inadequate hydraulic horsepower (HSI) of 0.3 to 0.8 at the bit, which impairs cuttings evacuation, which results in bit balling, poor toolface control, and low ROP.

To eliminate the nozzle plugging and bit balling the operator was encountering drilling the Haynesville shale. Smith Bits recommended their next-generation Spear PDC bit: It is based on the first generation Spear bit, which was characterized by its distinctive bullet-shaped steel body and significantly reduced bit balling and cuttings packing around bit blades.

The next-generation Spear bit drilled the 6 ¾-in curve and lateral sections for a total of 6,420 ft at 33.2 ft/h with no formation packing or nozzle plugging. The bit was pulled at TD in excellent dull condition: 0-1 with little wear on the cutting structure. When compared with 11 offset wells that were drilled an average of 6,138 ft, at an ROP of 29.1 ft/h, the newly designed Spear bit drilled 282 ft further and increased ROP 19%. 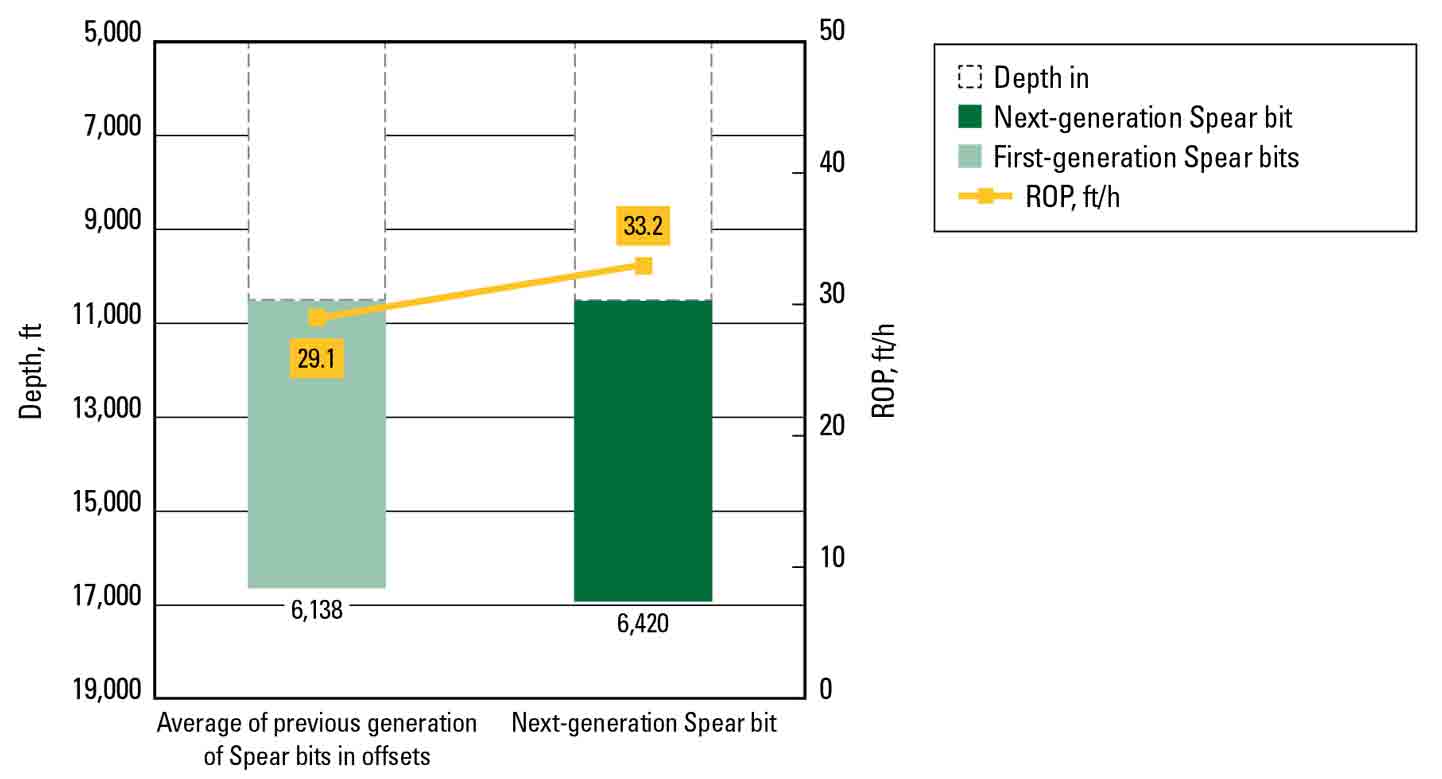