Challenge: Need high-expansion retrievable packer that will not damage fiberglass-lined casing of water disposal wells and can be set through the BOP and retrieved through the wellhead 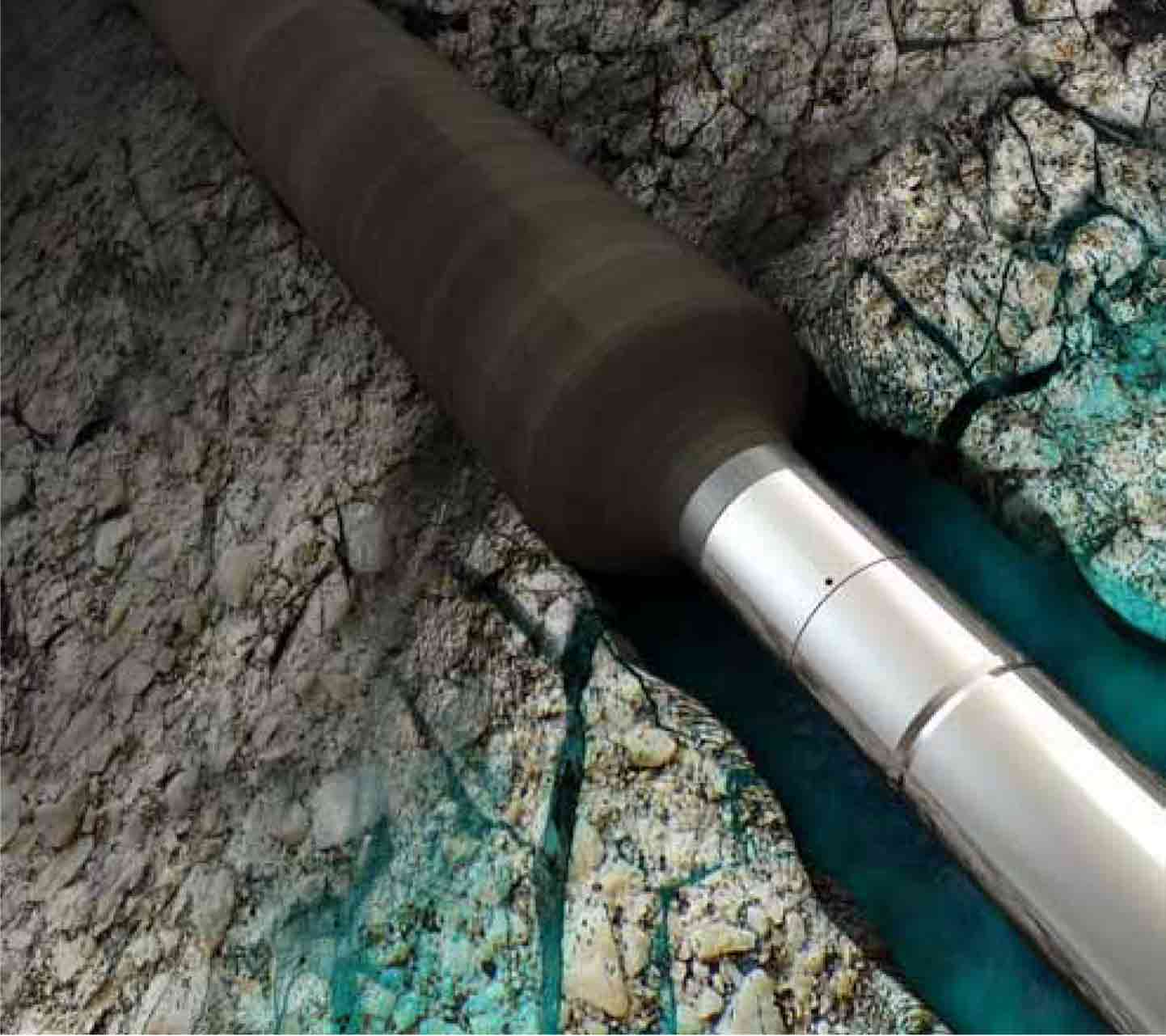 The CoilFLATE through-tubing inflatable packer distributes the anchoring force over a large surface area. Thus, no damage was done to the fiberglass coating of the well’s casing.

Al-Khafji Joint Operations (KJO), a collaboration between the Aramco Gulf Operating Company Limited and the Kuwait Gulf Oil Company, encountered a challenge with one of its water disposal wells.

With kill brine in the well, only one barrier was in place during nippling down the drilling BOP and nippling up the wellhead. However, KJO safety standards dictate that two wellbore barriers are required to perform the operation safely. Thus, KJO needed a high-expansion retrievable packer that

The anchors of standard slip-type packers would likely damage the soft fiberglass lining. The unique slat-design anchoring mechanism of the Schlumberger CoilFLATE through-tubing inflatable packer distributes the anchoring force over a large surface area; therefore, no damage is done to the fiberglass coating of the casing.

CoilFLATE packers are mostly deployed via coiled tubing (CT), which allows for accurate surface control of tension and compression forces on the CoilFLATE element during the inflation and anchoring process. While it is operationally safer, it takes additional time to rig up a coiled tubing unit (CTU). Consequently, KJO requested to develop the process and procedures to set CoilFLATE packers on drillpipe.

The risks associated with setting and retrieving the CoilFLATE packer with drillpipe were mitigated and action plans were executed. A yard test to use a CT BOP to cut the drillpipe was performed and a rig-up stack on top of the wellhead was provided to enable the retrieval of the CoilFLATE packer with drillpipe, in compliance with KJO safety standards. Later, an optimization of the rig-up procedure was implemented to further reduce rig time.