An oil-producing multilateral well in Nigeria had to be shut in because of sand production. The gravel-pack design required a retrievable inflatable bridge plug to be set as an anchor below the 13 ft [4 m] of perforations. To opti-mize the assembly, the plug needed to be placed 6.5 ft [2.0 m] below the perforations. As the first step in this expensive operation, depth accuracy was critical. Job objectives were: 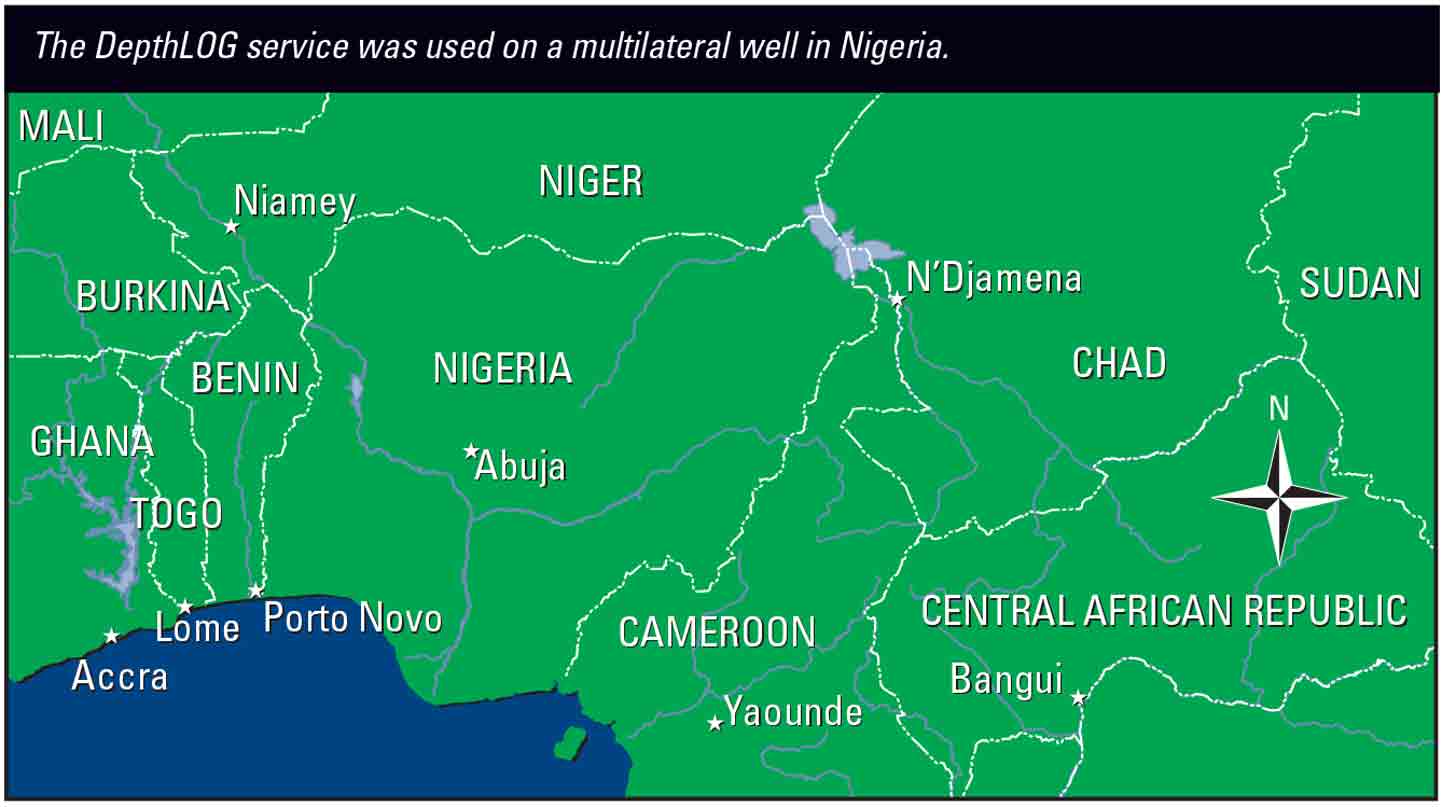 Because of its ability to obtain exact depth, correlation without a data cable, the DepthLOG* coiled tubing (CT) correlation service was selected. Unlike conventional casing collar locator (CCL) systems, DepthLOG communi-cation takes place using pressure telemetry signals, and a real-time CCL log that conforms to American Petroleum Institute standards is provided at surface. Because balls and fluid are allowed to pass though the tool, a standard ball-operated firing head can be used.

The bottomhole assembly (BHA) consisted of the inflatable bridge plug, a circulating valve, the DepthLOG service, and the motor head assembly. The tools were run in the hole to several joints below the liner hanger. Pumping at 1.2 bbl/min, the DepthLOG syn-chronization pulses were received at surface. A logging pass was made across the liner hanger for correlation with the baseline log. The depth was corrected and a confirmation pass was made to verify the correction. Once on depth, the BHA was run to bottom and a short correlation pass was made over the zone of interest.

Using the real-time CCL log at surface, the client and a Schlumberger specialist were able to correlate against the baseline log,accurately position the plug 6.5 ft [2.0 m] below the perforations, and set the plug. Once the anchor was set, 2.2-in. [55.8-mm] outside-diameter screens were run in hole and the gravel pack was pumped through the CT with a screenout of 100% excess. With sand production now eliminated, the well was brought back online producing 700 BOPD.

A depth accuracy of 6.5 ft [2.0 m] is not possible on CT without a means of correlation to a baseline log. Because the inflatable bridge plug was the anchor for the entire gravel-pack screen assembly, it had to be set at the cor-rect depth. The DepthLOG service removed uncertainty about anchor placement.

The bottomhole pressure of this well did not support a full column of fluid, so higher pumping rates through the CT as well as pumping down the annulus were required. As with any fluid telemetry device, a full column of fluid is required for the pulse to travel inside the coil to surface. The high pump rate caused concern about premature setting of the inflatable plug, so a simple surface test was performed. Pumping through the entire BHA prior to job execution confirmed the plug would not set prematurely.