Solution: Use the Jet Blaster* jetting scale removal service to clean out CaCO3 scale and allow the perforating guns to run to depth without requiring a drift run with slickline to verify clearance

Results: Successfully removed the CaCO3 scale in a single run, allowing perforating guns to reach the zones of interest and improving operational efficiency

An operator in Thailand routinely reperforated its gas wells in the Platong field to enable producing lower-pressure sands as other intervals begin to deplete. However, CaCO3 scales frequently form in the tubing above the nipples, which prevents the perforating guns from reaching the zones of interest.

The operator’s early attempts to dissolve the CaCO3 scale involved using coiled tubing (CT) to place hydrochloric acid (HCl) downhole. This technique often had to be applied several times to completely dissolve the scale, and then a drift run had to be made to confirm adequate clearance for the perforating guns.

Looking for a more effective scale removal alternative, the operator selected the Jet Blaster service to remove the scale before running the perforating guns. Jet Advisor* software was used to configure the Jet Blaster tool for maximum jetting efficiency and to take into account all the relative completion design parameters. 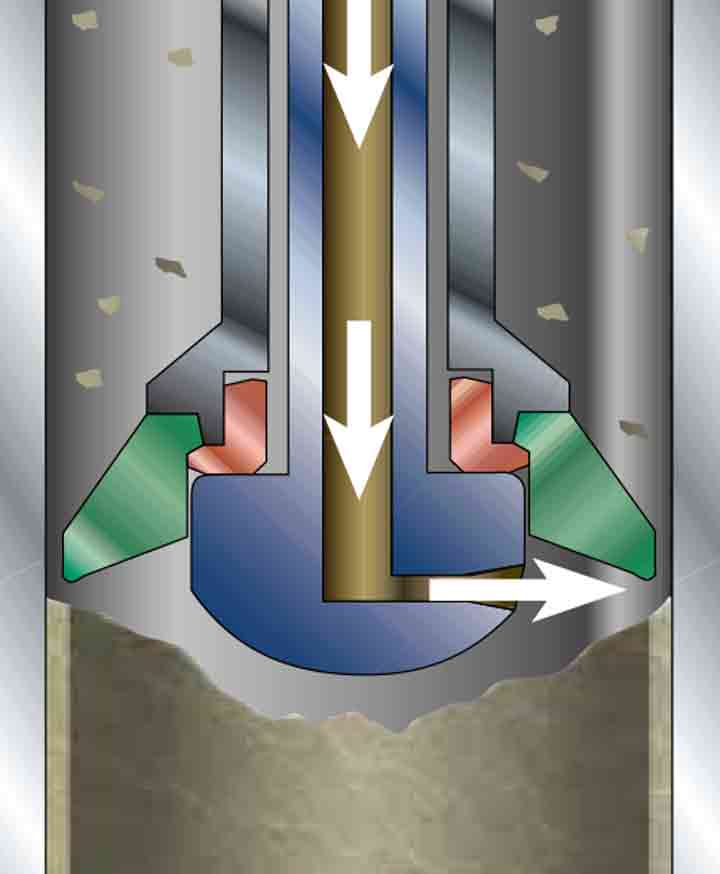 The Jet Blaster tool was deployed to a depth of 6,891 ft [2,100 m], where the drift ring tagged scale. A total of 10 bbl [1.59 m3] of HCl was then pumped downhole, which was approximately one-third the volume typically used with the spot-and-soak method to achieve the same results. The Jet Blaster tool was run in the hole with no indication of tagging scale.

Following the scale removal operation, the perforating guns were successfully run to depth without the need for a slickline run to verify the drift. The Jet Blaster service removed the CaCO3 scale in a single run, which was a significant improvement over the previous technique. As a result, the operator is using the Jet Blaster service as the standard scale removal method to achieve its reperforating objectives in the Platong field.