Challenge: Drill an exploratory well with uncertainty about reservoir position and thickness while optimizing coring operations without drilling a pilot hole.

Solution: Use the IriSphere look-ahead-while-drilling service to confirm reservoir position and thickness for coring operations.

An operator drilling an appraisal well in a new block offshore Western Australia faced several challenges. The field had a complex stratigraphy because it was on an anticline and was composed of siltstones between discontinuous sand bodies.

The operator needed to confirm the presence and thickness of the reservoir in an unexplored part of the field, which was characterized by a lack of markers above the reservoir and several meters of seismic uncertainties. A conventional approach would have required the customer to confirm reservoir thickness by drilling a pilot hole and then performing a sidetrack for coring operations.

The IriSphere service uses deep electromagnetic resistivity with a depth of investigation proportional to spacing of multiple receivers on the BHA. It is dependent on the formation resistivity environment to map features ahead of the bit, thus resolving seismic uncertainty while mitigating drilling risks.

This was crucial to help the operator improve coring operations by confirming the thickness and presence of the reservoir section.

Maximized reservoir exposure to improve accuracy in landing the well

A rotary BHA was fitted with proprietary imaging-and logging-while-drilling technologies that incorporated the EcoScope multifunction logging-while-drilling service and the sonicVISION sonic-while-drilling service as well as the IriSphere service. It revealed the reservoir top at about 19-m [62.33-ft] TVD ahead of the bit, and the 25-m [82.02-ft] reservoir thickness was ascertained at 7 m [23 ft] TVD ahead of the bit. This enabled the operator to avoid drilling a pilot hole and reduced overall drilling risks. 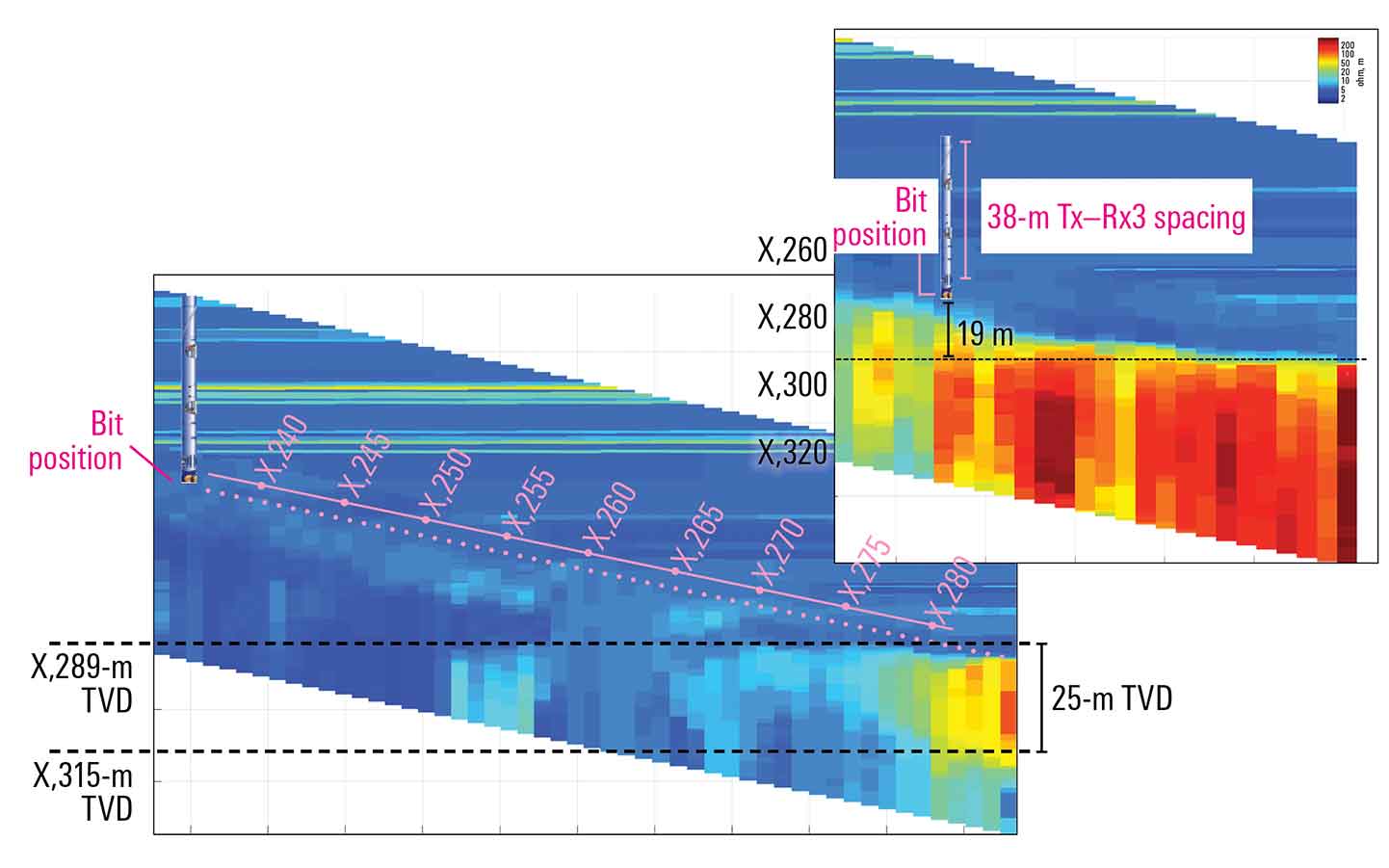 Improve casing-point selection and reduce drilling risks with continuous resistivity ahead of the bit.