The operator of a satellite platform in the Mediterranean Sea had to shut down production owing to poor well flow performance. The wells could not be reperforated with a conventional electric line package because the platform had a 4.5 metric ton crane limitation. Only a lightweight slickline package could be used for intervention. Accurate depth control with surface readout was also an essential requirement because the zones to be reperforated were located near sensitive completion components. Thus, using a memoryonly system was ruled out.

LIVE Perf digital slickline perforating services were selected to address the operational constraints at the two Mediterranean wells. Compared with a standard slickline cable system, the LIVE digital slickline services have an integral coating that enables two-way telemetry between the surface acquisition system and the conveyed tools downhole. LIVE Perf services were combined with the Enerjet expendable strip gun system and eFire electronic firing heads. The eFire heads use a pressure transducer to convert tool hanging weight related to line tension into electronic signals used to command the tool operation. Signals are sent to the tool with unique sequences of cable movements controlled by the slickline unit to arm and disarm the tool and command it to fire.

The full integration of LIVE Perf digital services, Enerjet gun system, and eFire firing heads made it possible for a single crew to perform both conventional slickline and reperforation operations using the same intervention package.

The real-time data also provided immediate downhole shot indication that would not have been possible with a conventional slickline system. Both wells were reperforated with a total of 12 runs for resulting production of 3,700 bbl/d of oil.

Real-time measurements acquired as the gun is shot 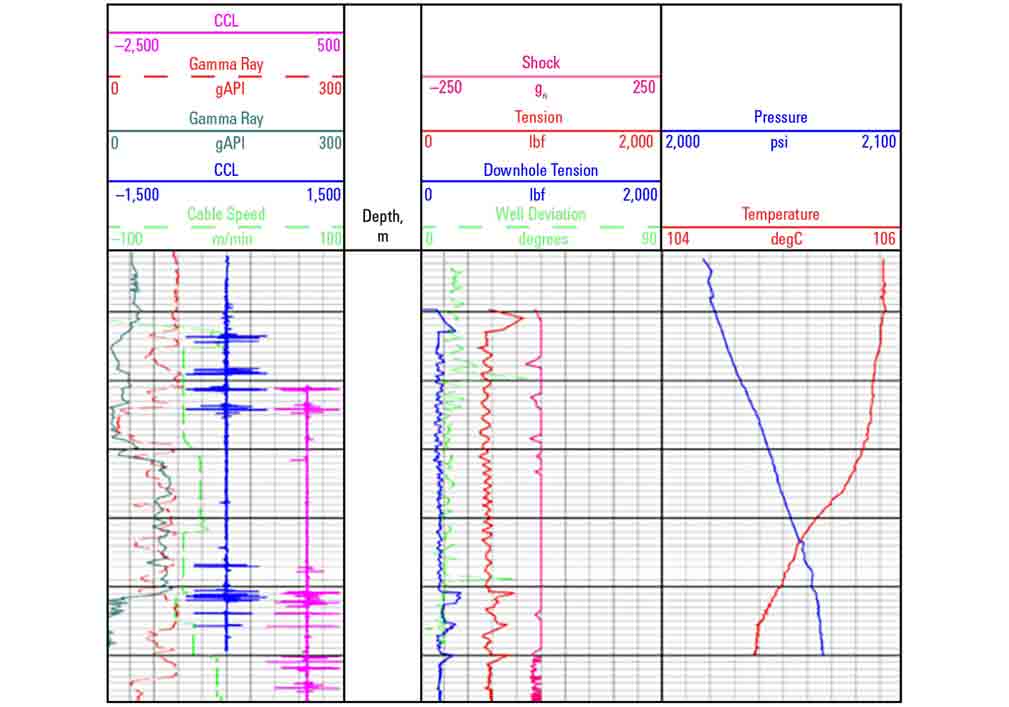 Perforate, punch tubing, and cut for pipe recovery—on depth and in real time.