An operator developing two horizontal wells in an eastern Siberia oil field experienced lost circulation while drilling dolerite. In the first well, no returns occurred at a depth of 3,727 ft [1,136 m], and attempts to clear the circulation using a conventional lost circulation pill were ineffective. Due to the inefficiency of the pill, process water was used in further drilling operations.

M-I SWACO suggested using a FORM-A-BLOK pill, a quick-acting, cost-effective solution with high filtering capacity to eliminate lost circulation. The pill spotting procedure was similar for both wells. While drilling the trap-intrusion interval, a 2,114-galUS [8-m3] lost circulation pill with a filler concentration of 1 lbm/galUS [120 kg/m3] and a total bridging agent content of 11.4% was injected into the well.

Another 2,114-galUS FORM-A-BLOK pill and 0.83 lbm/galUS [100 kg/m3] of chalk were injected and squeezed with process water. After retrieving the BHA above the lost circulation pills, squeezing began with a closed BOP into the lost circulation formation until pressure rose from 441 psi [3.04 MPa] to 588 psi [4.05 MPa].

Deploying the FORM-A-BLOK pill eliminated lost circulation in the first well. In the second well, circulation improved from no returns to 17,435 galUS/h [66 m3/h]. As a result, placing cement plugs on both wells was successful on the first try. In previous wells, placing the proper isolation barrier using standard bridging agents failed, requiring up to four plugging operations to isolate the lost circulation zone. 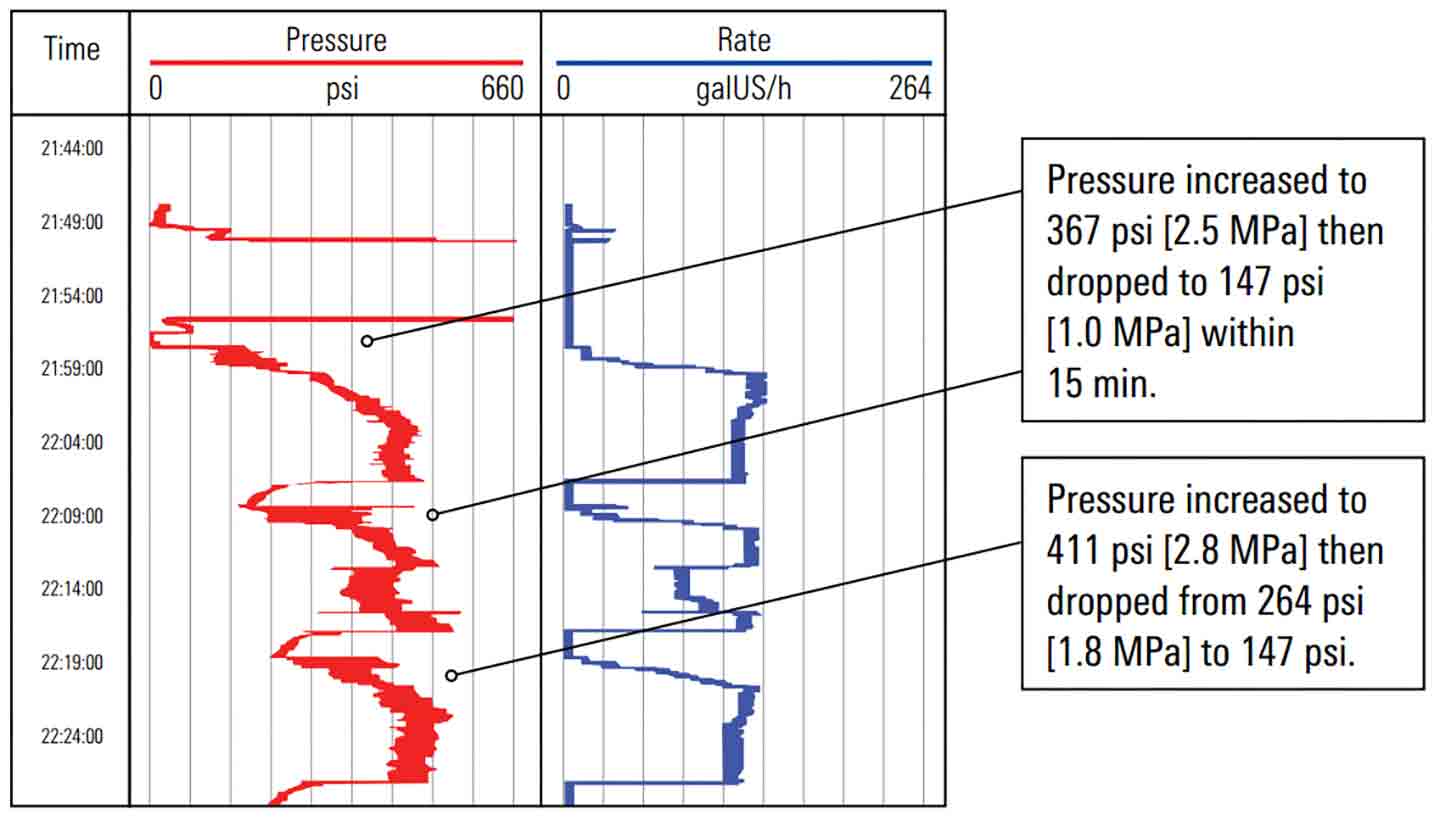 Pressure and flow rate results after squeezing a FORM-A-BLOK pill into the second well. Pressure packs were made with a 475,510-galUS/h [1,800-m3/h] capacity and limited by the maximum pressure of 441 psi [3 MPa].
Products Used
FORM-A-BLOK
High-performance, high-strength lost circulation pill