During workover operations on several wells in eastern Venezuela, there were lost circulation issues during producing sand zone changes; this situation was causing a substantial loss of time, money, and even well failure. For these reasons, the operator required a pill to seal the troublesome zone, to ensure that there was no damage to the reservoir.

Laboratory tests were performed to determine the rheology, and to verify the low mobility of the lost circulation fluid to be used. Seal tests were also performed by using the Permeability Plugging Apparatus (PPA) and aloxite disks to evaluate the sealing effectiveness of the pill; the relevant particle size distribution was designed with 20 lb/bbl of calcium carbonate added to 23 lb/bbl of SAFE-VIS E material in 2% of KCl.

The SAFE-VIS E pill controlled losses that were being experienced during producing sand zone transitions, resulting in decreased time spent for workover operations. In addition to cost savings, the high effectiveness seen with application of the pill resulted in customer confidence and the opportunity to use the product in other wells in the region.

With the pipe above the loss zone, the SAFE-VIS E pill was pumped while keeping a constant pump rate; then the pill was spotted in the zone to be sealed, pipe was lifted while waiting 30 min before checking the sealing effectiveness of the pill. A 100% return was observed often at the moment when the pill was spotted during pumping operations.

Before commencing the workover operation, the well was circulated at a low flow rate to observe percentage of returns.

Diagram of well type for workover. 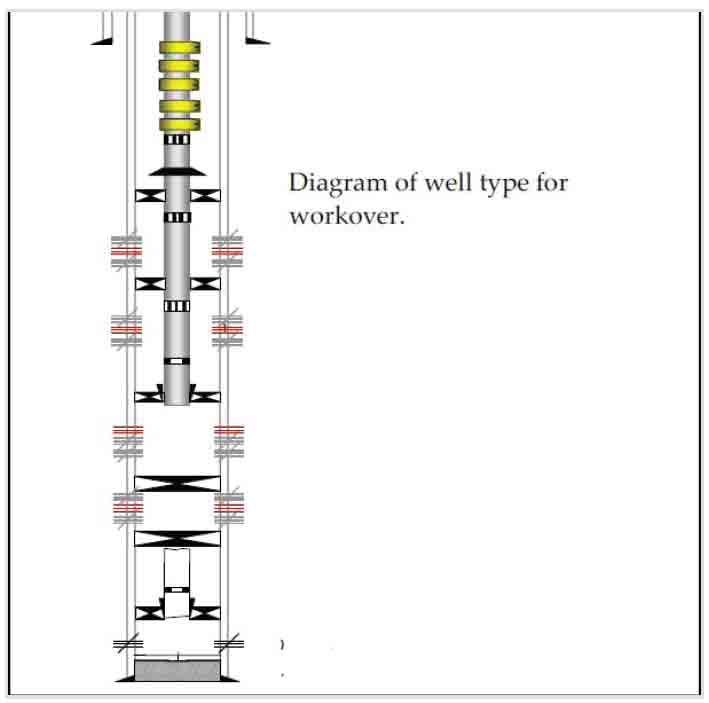 If you’d like to know more about the SAFE-VIS E product and how it’s performing for our other customers, please call the M-I SWACO office nearest you.