SEAL-N-PEEL pills ensure absence of fluid losses during workover operations and provides previously unattainable productivity of the well after it was killed. 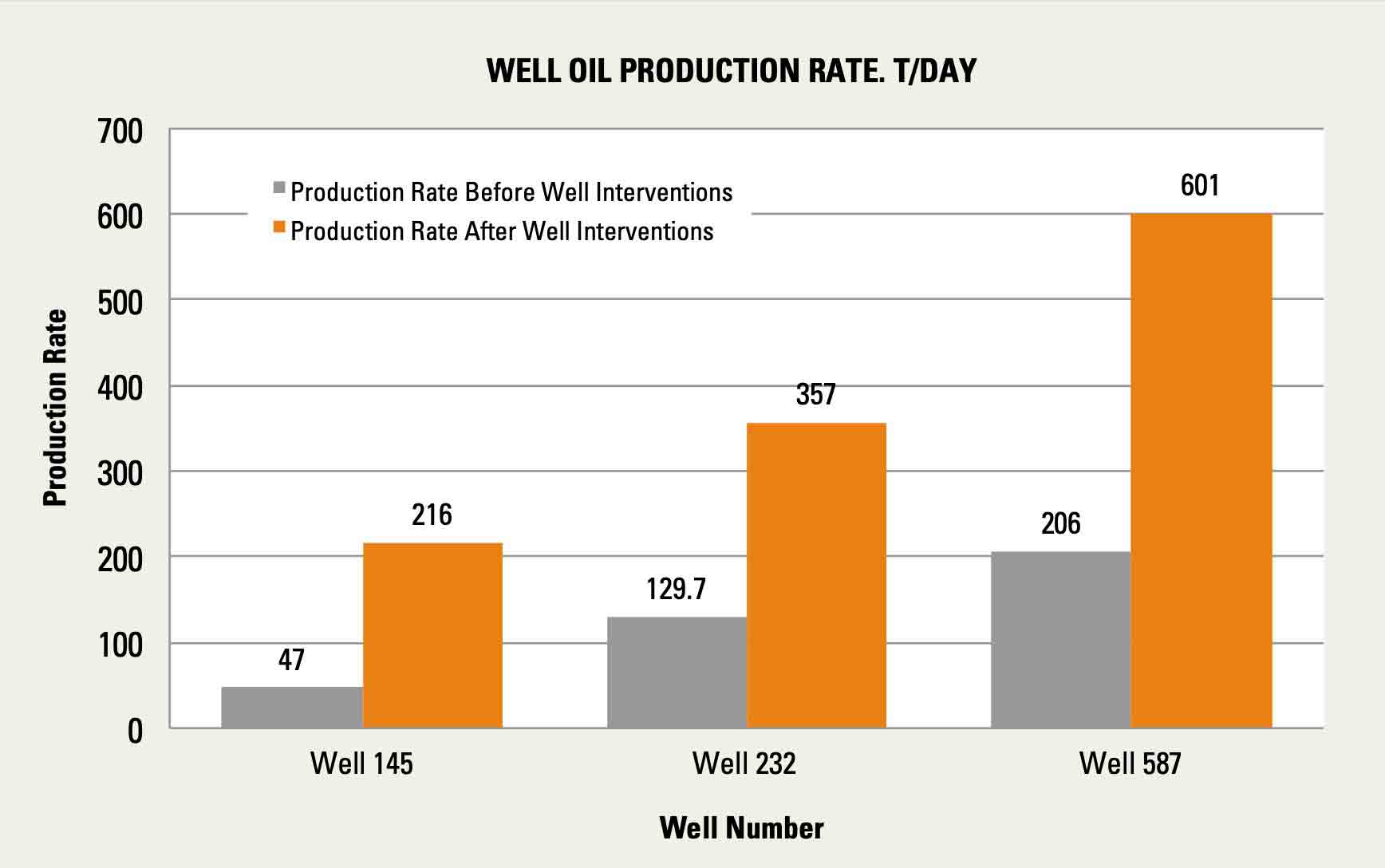 Killing wells with service water without pumping any LCMs at the Yaraktinsk field was always accompanied by extensive kill fluid losses which cause water influx, formation damage, and reduction in well productivity after workover operations. Besides, paraffin and asphaltene deposits formed on the tubing walls during well production. These deposits along with kill service water further reduce productivity and lead to increase in time and costs for near-wellbore treatment or works on bringing well to stable production.

The Yaraktinsk field geology is rather variable with the irregular thickness of productive formation 2 to 4 m (TVD) and with formation pressure 170 to 220 atm. All these facts required a new low impact killing technology that would include paraffin and asphaltene dissolution and minimum formation damage.

The filter cake consists of sized calcium carbonate and polymers that form a filter cake and fluid of the required structure and provide minimum fluid loss of the fluid. The fluid loss reduction filler is selected for each well using the OPTIBRIDGE† software and Kaeuffer’s Ideal Packing Theory.

LCM pills are pumped through the annulus. Besides, the pills are preceded by REAWASH† solvent that is pumped frontally and provides dissolution and washing of paraffins and asphaltenes from the tubing walls.

Well killing operations with the use of LCM pills were performed for four wells of the Yaraktinsk field. The wells had different drilling string assemblies.

The pilot testing of SEAL-N-PEEL pills at the Yaraktinsk field showed the following results:

Questions? We’ll be glad to answer them

If you’d like to know more about STAR-LUBE defoamer and how it’s performing for our other customers worldwide contact the M-I SWACO office nearest you.

Manage fluid loss inside a sand control screen as a contingency during the completion process.