When producing from the Rahsa field in Oman, Petrogas Rima awarded Schlumberger an early production system (EPS) contract to supply a produced water treatment and injection facility. The goal of this facility was to effectively and efficiently treat produced water for future injection back into the Rasha field to maintain reservoir pressure and assist production. In areas such as inland Oman, it is vital to limit discharge to the environment and maximize reuse of water, which is a scarce commodity in desert and remote areas of operation.

Initial commissioning of the produced water treatment system ran smoothly. However, once the system was brought online and the treated water was tested, results indicated that the system could not achieve the 50-ppm oil-in-water discharge level required for the facility. Schlumberger quickly discovered that oil-in-water emulsion was causing very small oil droplets to be dispersed in the water that were lower than the required threshold for the technology. 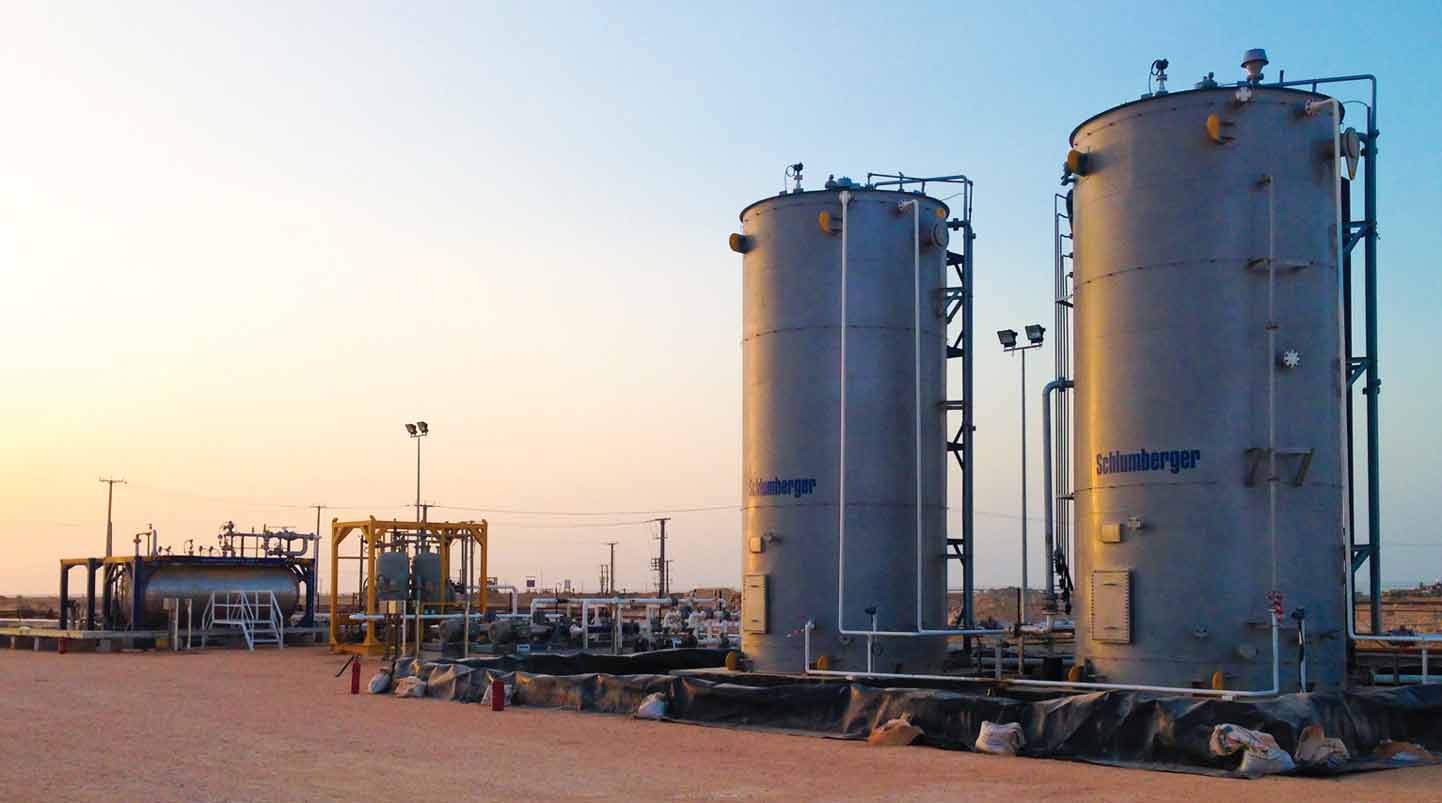 To overcome the issues presented by oil-in-water emulsion, Schlumberger collaborated with three production chemical vendors to identify the best chemical type, injection location, and injection rate. Initial tests posed several challenges, so manual bottle tests were conducted using produced water samples. Within 48 hours of the bottle tests, a drum of the effective chemical was delivered on site and deployed in the produced water treatment system. Immediate results were observed at the same injection concentration as determined during the bottle tests.

Over the next several days, the produced water treatment system was further optimized and subsequent tests were conducted. Schlumberger deployed the EPCON CFU compact flotation unit technology, which separates oil from produced water with smaller volumes and shorter retention time compared with traditional flotation units. When the chemical was used in conjunction with the EPCON CFU technology, consistent oil-in-water levels below 50 ppm were recorded.

Downstream of the EPCON CFU technology, a dual-pot cartridge filter system from M-I SWACO, a Schlumberger company, was installed, which further reduced oil-in-water levels to less than 10 ppm.

For this job, Schlumberger also provided the central control and motor care control buildings, other office and storage buildings, nitrogen packages, air compressors, interconnecting piping, associated valves, and instrumentation. All of the equipment needed for this job was delivered within 10 weeks as requested by the Petrogas Rima.