KOC noticed a drop in an oil well's production and diagnosed that it was caused by Y-tool circulation. Although the Y-tool had a landing nipple with an installed blanking plug that normally seals during production, there was a leak in the Y-tool.

The blanking plug could be retrieved, so KOC replaced it. However, oil production did not recover, indicating that the nipple profile was damaged. Replacing the nipple would require a workover that would shut down the production of all five wells on the pad. And the resulting production loss from the pad would be thousands of barrels of oil. 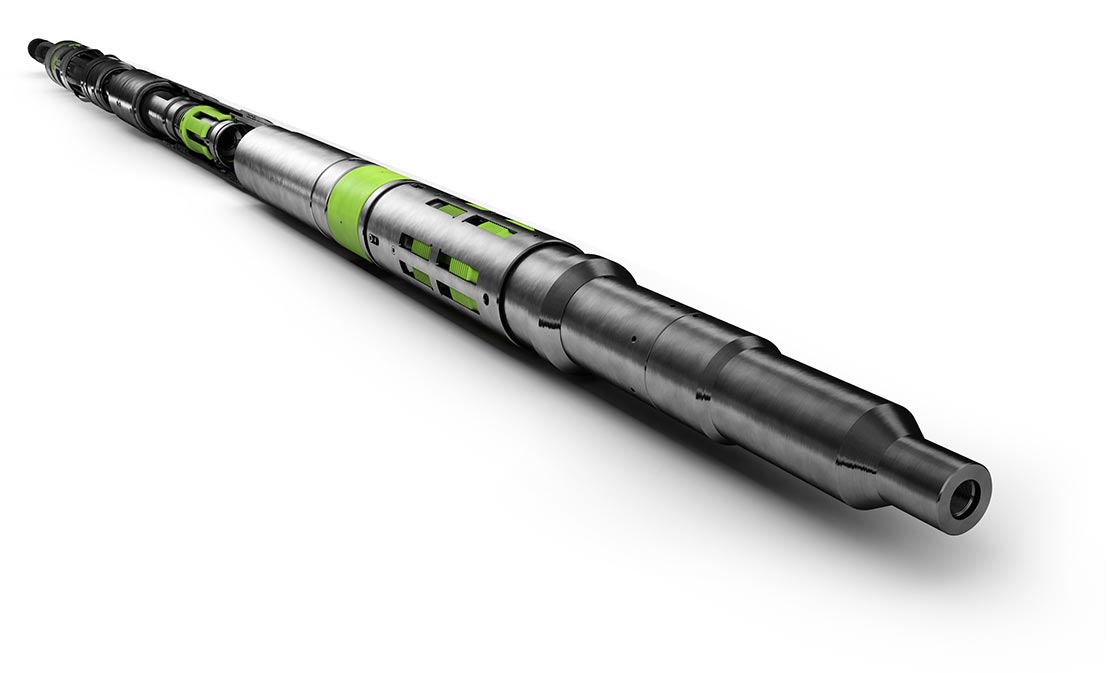 The nippleless SIM system retrievable bridge plug can be set anywhere in tubing.

Schlumberger recommended using LIVE digital slickline services to set a 2 7/8-in SIM sealing integrity management system retrievable bridge plug into the Y-tool bypass tube, sealing it off. The nippleless SIM system plugs can be set anywhere within the tubing, and they can be retrieved and reset at any time if another intervention is conducted. Using LIVE digital slickline services would provide real-time correlation to accurately set the plug. With this solution, KOC would avoid having to conduct a workover operation.

How KOC restored production without a workover

Deploying a SIM system plug on digital slickline enabled efficient installation of the plug in a 2 7/8-in joint below the Y-tool. This restored the well to 1,300-bbl/d production. It also eliminated the expense of workover operations and any production loss from the well and four other wells on the pad during a workover. The operator wrote a commendation letter, seeking to work together again.

Combining a reliable mechanical plug from Peak Well Systems with LIVE digital slickline services to confirm positioning avoided a workover operation for Kuwait Oil Company (KOC) that would have shut down production on the five-well pad.