Challenge: Completely pack gravel in the openhole annulus of a high-temperature gas well with high inclination and low fracture gradient without the formation damage risks of a polymer gel fluid.

Solution: Deliver ceramic proppant at low rates without settling by using ClearPAC HT polymer-free high-temperature gravel-pack fluid, and ensure a complete pack with no voids by designing the completion with an OptiPac Alternate Path openhole gravel-pack screen and an antiswab service tool. After the gravel pack, perform a MUDSOLV filtercake removal service to prepare the well for production.

Offshore India, a sanded-up gas-producing well with a fracture window of only 600 psi and bottomhole static temperature (BHST) of 236 degF [113 degC] was sidetracked and prepared for recompletion with an openhole gravel pack. The openhole section is 243 ft [74 m], and the well has a maximum deviation of 87° with a deviation of 65° through the reservoir.

Because of the highly depleted nature of the reservoir, the narrow fracture window, and the long horizontal well segment, the operator originally planned for a low-rate gravel pack with specialty ultralightweight proppant. However, due to unavailability and high cost, the operator elected to use conventional ceramic proppant.

To minimize formation damage, the operator planned to use a conventional viscoelastic surfactant (VES) carrier fluid. However, laboratory testing determined that at the expected reservoir temperature, a conventional VES fluid system was unable to adequately transport the ceramic proppant at the low pump rates required to avoid fracturing the formation. The operator asked for a better option.

To ensure complete packing of the openhole section, Schlumberger recommended a completion that included OptiPac screens, which incorporate Alternate Path technology with shunt tubes and nozzles to bypass bridges and fill voids that can occur when gravel- and frac-packing in extended-reach wells.

The completion also included an antiswab service tool to enable the successful placement of the gravel and then convert to wash-down mode for the MUDSOLV filtercake removal service. 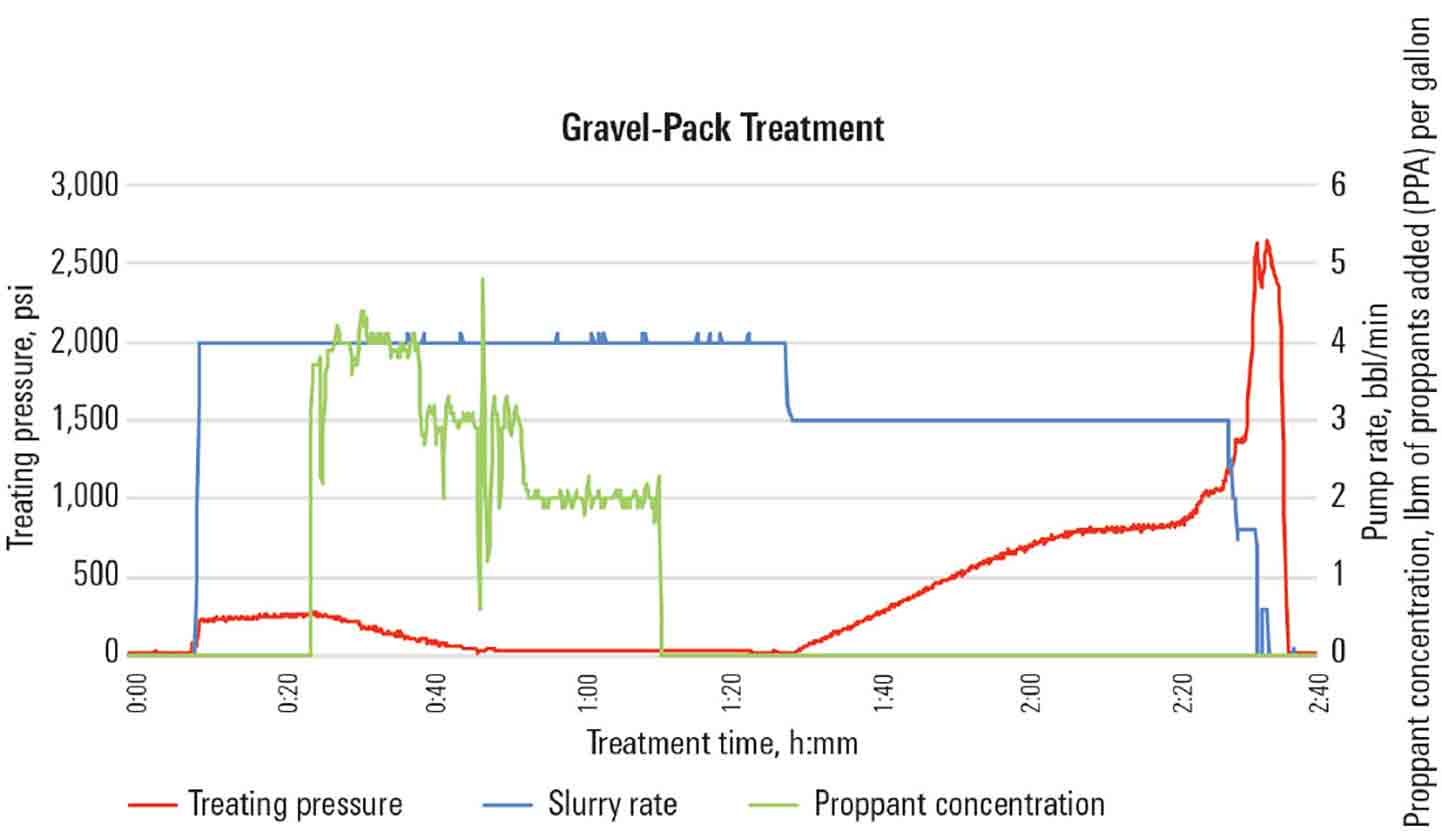 The ClearPAC HT fluid suspended the ceramic proppant to achieve a complete openhole gravel-packing operation through the OptiPac screen, with no sand left in the long horizontal cased workstring segment.

For gravel-packing, Schlumberger recommended ClearPAC HT fluid, formulated for use with screens employing Alternate Path technology at BHST between 200 and 300 degF [93 to 149 degC]. Unlike alternative fluid options for suspending proppant at very low rates in that temperature range, ClearPAC HT fluid is nondamaging and compatible with the relatively inexpensive, locally available calcium chloride (CaCl2) brine. This compatibility improved logistics and lowered fluid costs for the operator.

To avoid fracturing the reservoir with a narrow frac window of approximately 150 psi, careful fluid design was critical to minimize friction pressures and still suspend the gravel. Because of its superior proppant-carrying capability compared with conventional VES at high temperatures, the ClearPAC HT fluid was designed with lower viscosity, which also helped reduce friction pressures. The real-time mixing capability eliminated the requirement for rig tanks or huge tank volumes for batch mixing, thereby saving time on the rig and improving fluid quality. 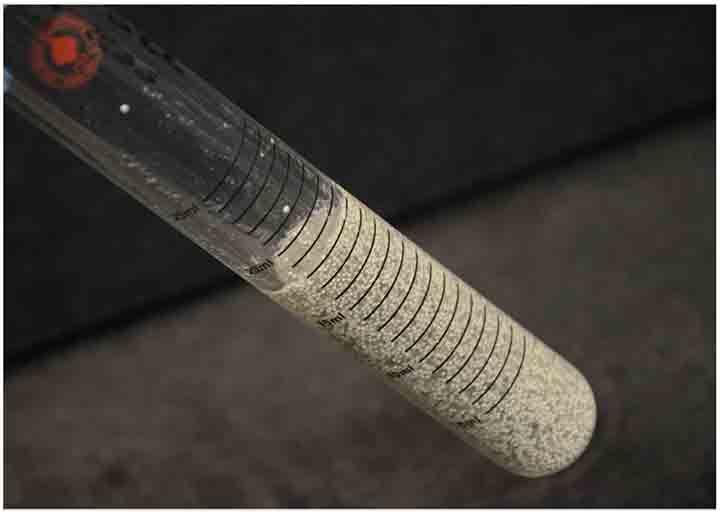 ClearPAC HT fluid suspended the ceramic proppant for gravel-packing at low rates, which was critical to avoid fracturing the formation.

Extensive laboratory testing determined that the fluid could transport conventional ceramic proppant, which enabled the customer to use existing inventory, saving 45% of proppant cost compared with the same volume of specialty lightweight proppant. A full yard test on location in India before mobilization to the rig for the job validated the fluid design and gave a high confidence that ClearPAC HT fluid would transport the ceramic proppant as required and without any issues.

Based on proppant volume pumped, hole size, and memory gauge analysis, the treatment was determined to have achieved a 100% annular pack. Mass balance calculations determined that no proppant settled in the long horizontal workstring section.

After the gravel-pack operation, the antiswab service tool was rapidly converted to wash-down mode for a MUDSOLV filtercake removal service, saving approximately USD 450,000 on rig spread costs by eliminating the need for an additional run.

After the service, the well was shut-in for 3 weeks. When it was opened for production, it met production targets. A second well completed in the same field confirmed the new fluid technology and completion design.

Bypass sand bridges and fill in voids that may occur in challenging sand control completions.

Maximize gravel-pack efficiency in conditions that would otherwise result in bridging and incomplete packs.