The Al Baraka field, located in Egypt, was discovered by Dana Gas in 2007 and has been producing since 2008. It sits in a poorly explored Mesozoic-Cenozoic basin and contains four main reservoir formations: Abu Ballas Sand, Six Hills E and F, and Komombo A reservoir rock.

Komombo Concession Block 2 covers around 11,400 km2 and is operated by a joint Dana Gas and Sea Dragon Energy team. The concession was due to be released from operation and the joint team needed to revaluate the existing exploration potential, paying particular attention to the relatively unexplored regions in the northwestern section. This activity would help uncertainty evaluation and risk assessment for potential prospects in this block.

Hydrocarbon charge modeling and source rock characterization was performed in 1D, 2D, and 3D to re-evaluate exploration potential in the development area and the poorly explored regions in the northwestern section of the basin, as well as to address uncertainties about potential prospects. 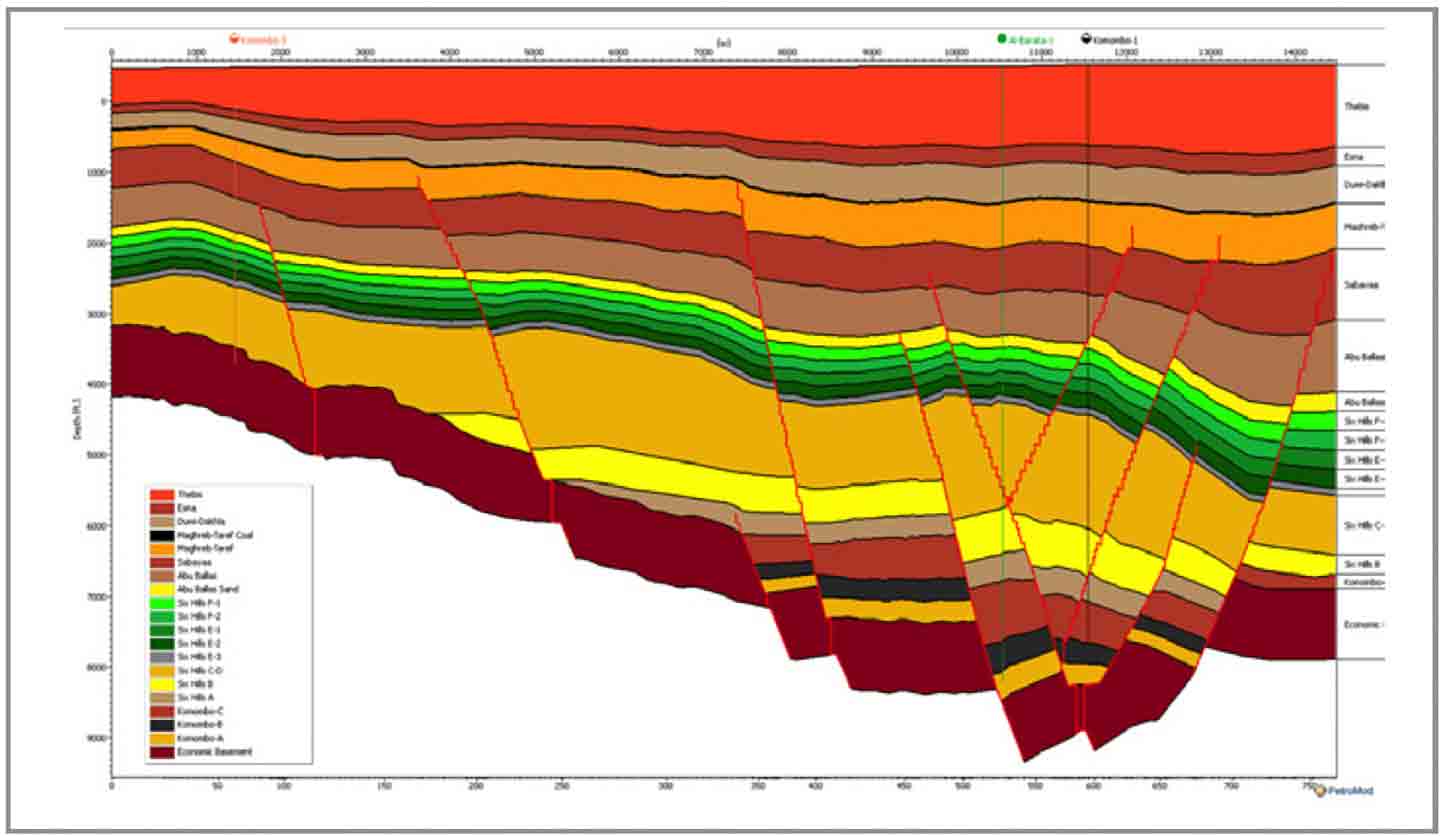 New seismic and exploration data was loaded into PetroMod software to help examine the block's stratigraphic and geochemical composition, and to investigate the petroleum system elements. Next, 2D modeling was undertaken to incorporate structural detail into the study and model migration and accumulations.

Subsequent 3D modeling improved the resolution and extended the model to over 1,700 km2. This allowed for an improved assessment by relating the timing of hydrocarbon generation, migration, and accumulation to trap formation, through simulation of all the petroleum system elements: charge, reservoir, seal, and trap. Total accumulations were then calculated to show remaining potential zones for prospect ranking.

The team discovered that only source rocks in the deepest part of the Komombo area Block 2 basin were already in the oil window during the Early Cretaceous, presenting 50% transformation ratio (TR) at ~80Ma. Source rocks in the Abu-Ballas formation represented <20% TR, and the Taref coal and Dakhla formations are <1% at present day.

The four main reservoirs in the study showed good potential for hydrocarbon reservoir formation, fed mainly from Komombo B source rock, with accumulation represented in structure trap system of anticlines and faults, and a stratigraphic trap system of onlap and facies boundaries.

The petroleum system modeling results were central to the Dana Gas and Sea Dragon team's new drilling strategy, and were integrated into its exploration and prospect evaluation workflows. Successful exploratory wells were then drilled in the area and were pivotal in the team securing a new development lease.