The Cook Field is one of the North Sea’s most prolific oil fields, with historic production in significant excess of initial expectations with impressive uptime. The field is an oil trap in a simple domal structure that measures approximately 2.153e+7 ft2. Fulmar, the field’s main reservoir, is an Upper Jurassic marine transgressive that resulted in the deposition of the upper shoreface, 300- to 400-ft thick, with average porosity of 22% and permeability that can be greater than 1 D.

For some formations to be at virgin reservoir pressure, the field would need to be compartmentalized and the fault sealing between the depleted sand and the area targeted. Addressing this aspect of the project was crucial for success of the injection well.

Ithaca Energy turned to Schlumberger because of its experience in integrated projects in the UK and around the world. 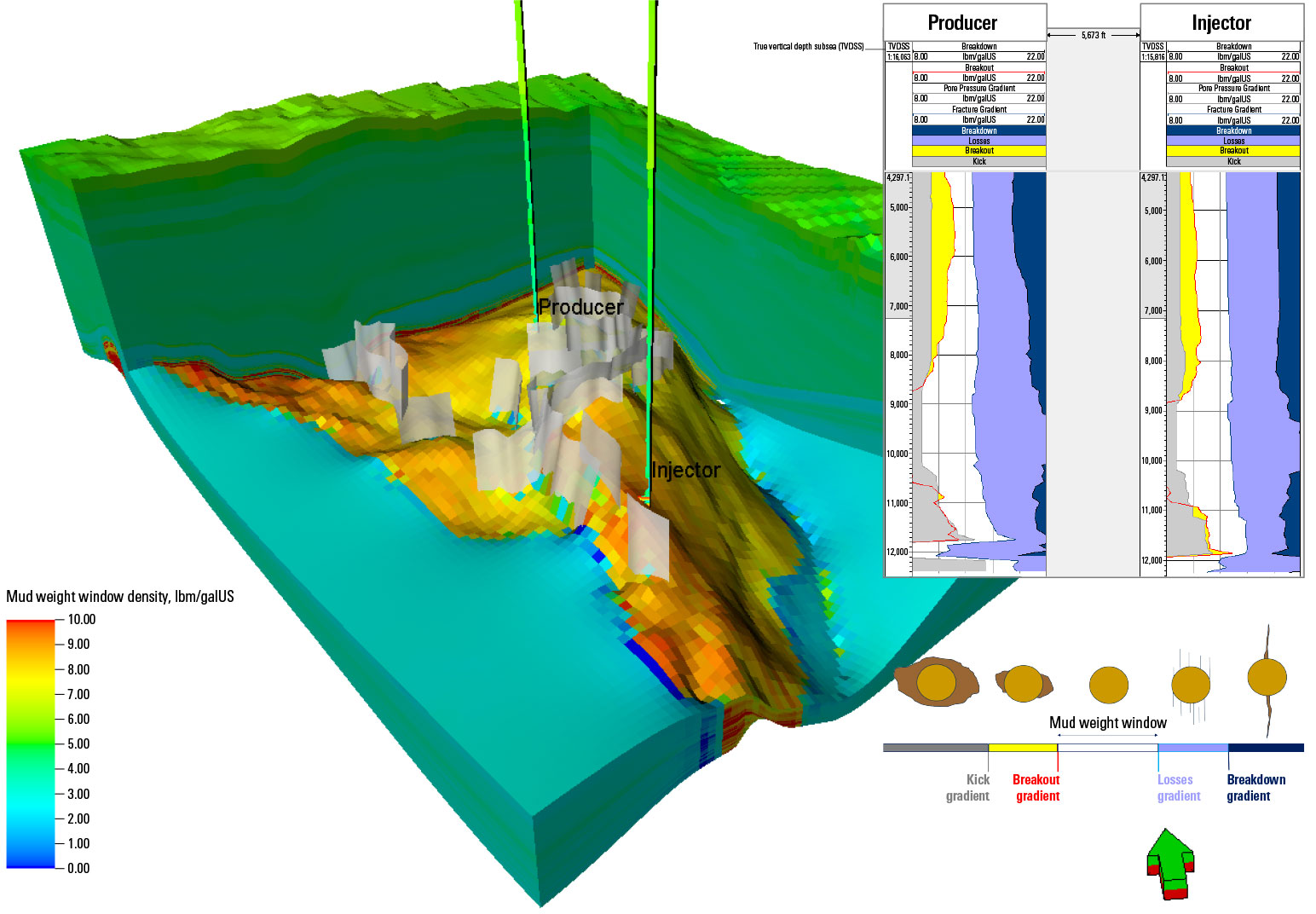 Ithaca Energy and Schlumberger collaborated to plan and execute the well injector. The model was based on an integration strategy in which Schlumberger would perform project management, carry out engineering work, and manage all services, including contracting Subsea 7 to lay pipeline, umbilicals, and risers for final hookup to the FPSO. Ithaca Energy provided wellsite supervision, the semisubmersible, transportation, and onshore waste management.

Schlumberger carefully mitigated uncertainties related to reservoir depletion. In cooperation with Ithaca Energy, Schlumberger carried out due diligence and calibrated the risk for both companies to ensure successful project execution. The completion design unlocked the possibility to perform the injectivity test before handing over the well to operations.

A maximum planned injection rate was achieved and sustained during the required timeframe. Ithaca Energy hooked up the injector well and began injection in October 2019. Since then, successful injection has continued, and Ithaca Energy exceeded its expected production results.

"The new Schlumberger 3D geomechanical model for the Cook Field was instrumental in allowing Ithaca Energy to design and plan for a well that was previously thought to be undrillable. It’s a testament to the rigorous well planning and designing that Ithaca and Schlumberger both completed that the operational phase of the well significantly outperformed expectations for cost and time."

Model continuously acquired well data in real time to revise predictions ahead of the bit to assist drilling decisions.