Collaboration leads to improved ESP systems for the Forties Field

The electric submersible pump (ESP), a tried-and-true workhorse of artificial lift systems, has a long track record for improving production and recovery rates in oil fields worldwide. As the industry has moved into more challenging frontiers and pushed to boost production from brownfields, ESP technology has evolved with the development of increasingly robust mixed-flow systems that can handle varied flow rates and provide expanded operating ranges for a wide variety of hydrocarbon environments.

The decline of “easy” oil, however, has raised the bar even higher for artificial lift, including ESP performance. Many production companies are finding that the typical two-year runlife for ESPs is a limitation, especially in complex, often harsh offshore dry-tree and subsea environments and remote locations where intervention costs are high and lead to poor field economics. In these intervention-constrained markets, the expense of ESP replacement, including workover costs and deferred production, can be at least five times greater than the price of the ESP itself, costing up to tens of millions of dollars.

The risks of early ESP failure and inconsistent performance in high intervention-cost environments in challenging fields are the reasons many producers often choose alternative mechanisms such as gas lift for artificially lifting their wells that typically do not deliver the highest recovery rates. That conundrum has led operators to put the need for a consistently reliable, longer lasting ESP system at the top of their wish lists as they strive to maximize efficiency and reduce their total cost of ownership.

In response to that call Schlumberger developed the MaxFORTE high-reliability ESP system that extends the runlife over conventional ESPs, integrating best-in-class existing technologies to deliver lift assurance with quality and reliability built into every step of the process. Officially launched in December 2015, the system was deployed by Apache Corp. on four wells in the North Sea, where it already is delivering greater efficiencies. 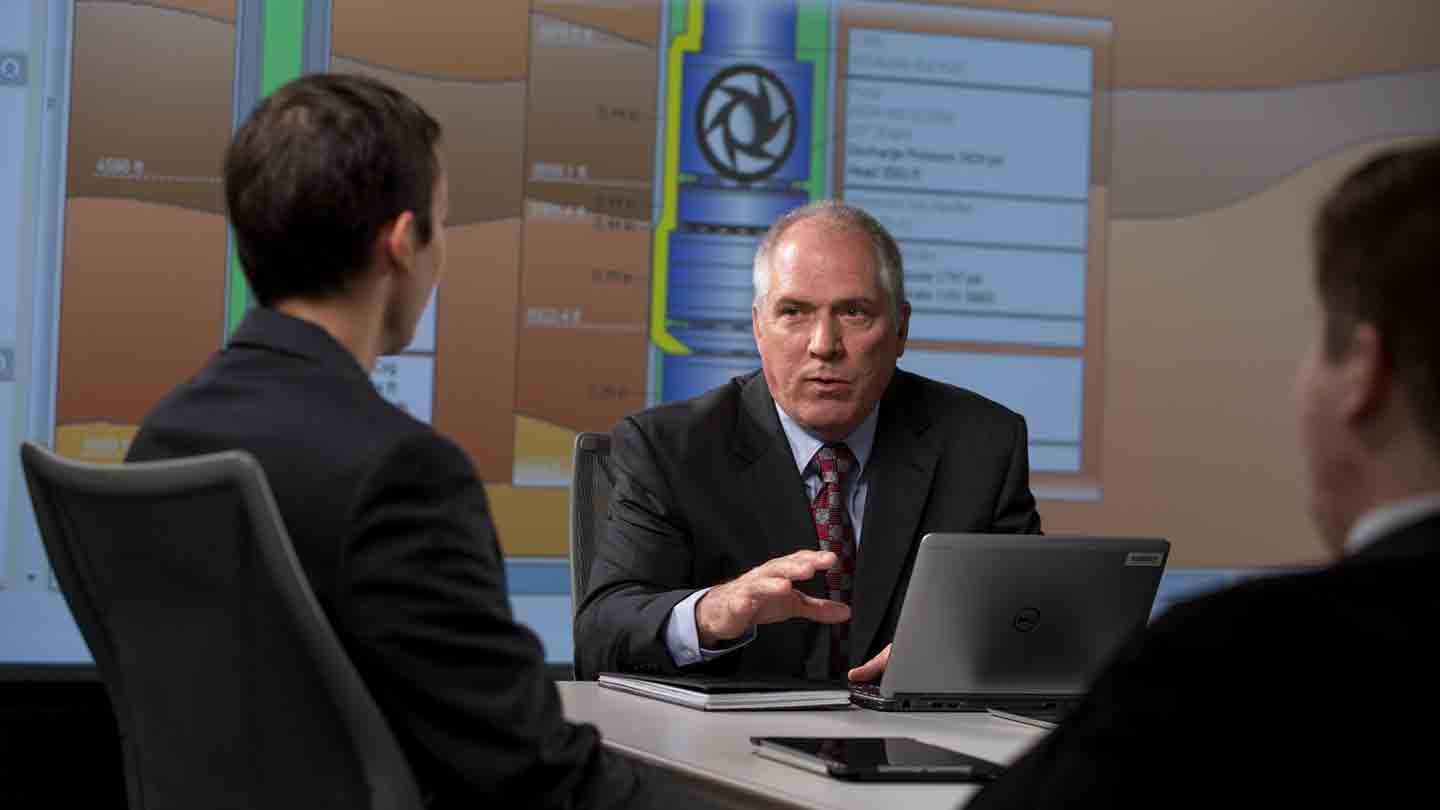 Schlumberger experts discuss how to design and tailor a MaxFORTE system for the well’s unique conditions to optimize well performance, increase runlife and maximize ROI.

Designed for intervention-constrained offshore wells and difficult-to-access land wells, the high-reliability ESP system was developed with a holistic approach, integrating proven technologies that have been improved for greater performance. Each step of the process, from engineering design to manufacturing, field operation, installation and ongoing surveillance, was enhanced to meet the objectives of higher reliability and longer runlife.

The new system marks the culmination of an evolution that Schlumberger embarked on in 2008 to meet production demands in Brazil’s deepwater presalt Jubarte Field. The desire to replicate that early presalt success, taking all that was good about the project to industrialize the process so that it could be applied anywhere, led to this advance in artificial lift technology that compasses strict design, strong quality control manufacturing, flawless installation and full-time surveillance. The end result is a system that is expected to double average ESP runlife, eliminate unplanned workovers due to early failures, reduce nonproductive time (NPT) and optimize uptime with enhanced monitoring.

By coupling together the best technologies from the conventional ESP system with select technology from the subsea high-reliability ESP systems developed for the Jubarte Field and high-temperature systems used at 250 C (482 F), Schlumberger engineered a production system to significantly extend runlives in the offshore market.

Apache’s primary objectives were to achieve a longer ESP runlife and reduce early pump failures, thereby decreasing the need for intervention, including rig time and NPT. With less deferred oil production and the potential to eliminate 14 to 21 days per well of future workover rig time, the company would be better positioned to boost overall production efficiency. The initial goal to achieve 2 1/2 years runlife through incremental improvements was broadened with Apache’s selection of the high-reliability ESP system to deliver the significant step change of a four-year runlife.

The collaborative effort between Apache and Schlumberger included examining ESP failure modes from January 2009 to January 2014 to address those issues in engineering the new high-reliability ESP system. Analysis of those failures determined they occurred due to many factors, including rotor-bearing wear, motor failure, electrical winding, damaged O-ring, aging and cable failure. The engineering team targeted not only primary failure modes but also looked at other components that were starting to wear. The new high-reliability ESP system was designed to address those issues through engineering and manufacturing improvement.

The first deployment of the high-reliability ESP system commenced in April 2015 on an Apache platform in the long-producing Forties Field in the U.K. sector of the North Sea. At the time, Apache was running 57 ESP completions out of 110 active Forties Field wells, with 40% of the operator’s North Sea production coming from ESP lifted wells. The company’s strong usage of ESP for artificial lift made it an ideal candidate for installing several new ESP production systems, with the initial installation of four units.

Leveraging breakthroughs in technology developed for hostile environments, the high-reliability ESP system features robust components designed to resist abrasion, corrosion and temperature. Components are manufactured and tested in a dedicated environment using advanced processes and machinery. Equipment is assembled using a protocol that is fully traceable and audited to arrive free of defects to the well site. In a rigorous testing process, the system is subjected to frequency and operation range sweeps to mimic varying pumping regimes, with numerous starts and stops to stress bearings, shafts and compensation systems, ensuring the equipment can reliably withstand continuous field restarts and intermittent operation. 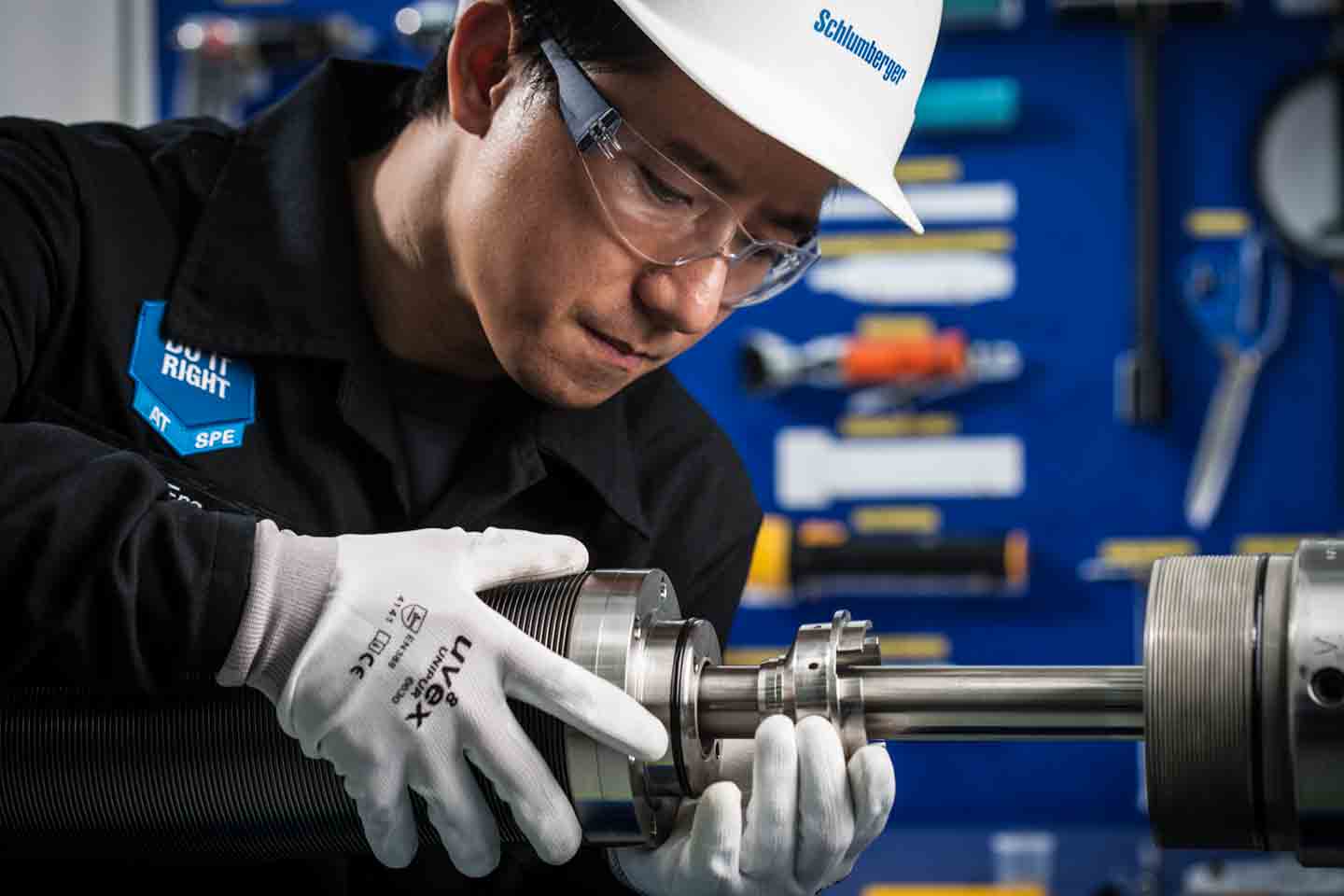 MaxFORTE systems are assembled using a protocol that is fully traceable and audited to arrive free of defects to the well site.

For the North Sea operation, four MaxFORTE ESP systems were shipped directly from the manufacturing center to the well site in specially designed bend-proof shipping boxes that reduce vibration levels by more than 50%. Installation was conducted by a dedicated field crew using detailed checklists and procedures. An enhanced specification spooling machine continually monitored the electrical integrity of the ESP system while running in hole. All four installations were carried out with no recorded NPT.

Since installation in the well, the system has been monitored 24/7 by dedicated surveillance engineers focusing on early critical event notification and intervention from a Schlumberger remote surveillance center to ensure continual optimum production rates and prevent failures. A customized alarm system prevents the system from operating beyond the engineering limits of the equipment within the well application.

Following the first installation in April 2015, three subsequent units were installed. As of April 1, 2016, the four systems have achieved a cumulative run time of more than 1,000 days.

Early observations and surveillance indicate the ESP systems already are achieving improved performance and efficiency by addressing most of the anticipated failure modes. Between April and November 2015, Apache saw a 3% increase in average runlife uptime, from 94% to 97%. All four systems have resulted in no NPT.