The story of REDA pumps began in the early 20th century, with a Russian engineer developing a submersible electric motor and centrifugal pump that launched REDA Pump Company in 1930. Today, as part of Schlumberger, REDA pumps are intrinsic to the industry vernacular and synonymous with electrical submersible pumps (ESPs) and horizontal pumping systems (HPSs).

The history of the electrical submersible pump began in 1916 with the Russian inventor Armais Arutunoff, who immigrated to the US in 1923, and later started a company called Russian Electrical Dynamo of Arutunoff (REDA). REDA was unsuccessful in marketing Arutunoff's first designs because his industry peers cataloged the design as impossible under the laws of electronics. The reason: The thought of using electricity in water made no sense at that time. 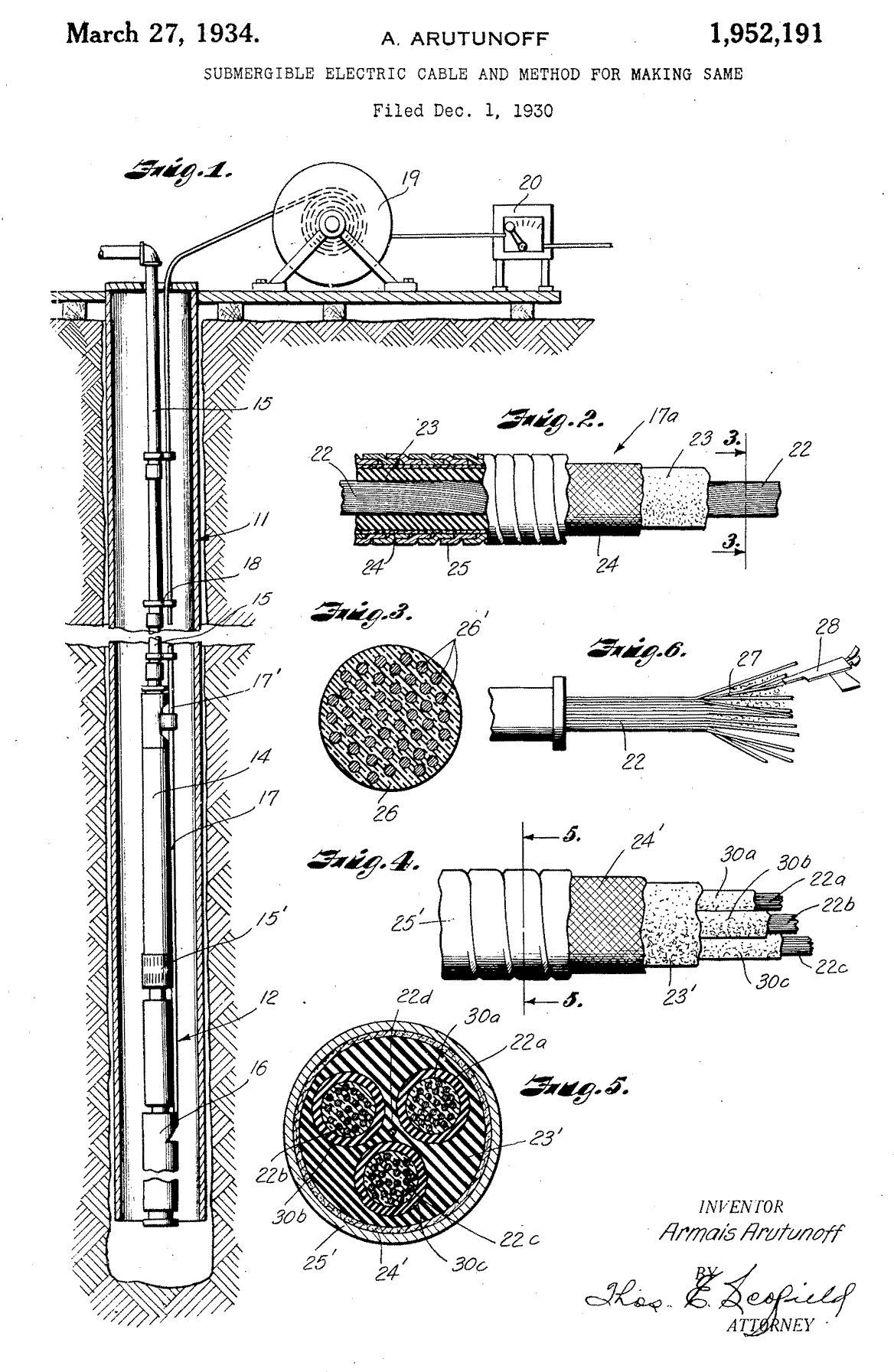 REDA pumps continued to evolve with the times, capitalizing on innovation, ingenuity, and customer collaboration to maintain a position as the best in the industry. At the end of the 20th century, the company was the world's largest manufacturer of ESP systems and was part of Schlumberger. Today, it's been over 90 years since the creation of the first REDA pump, with up to 200,000 ESPs installed around the world.

REDA Pump Company not only changed how the world produces oil and gas, but it also participated in building airplane parts during World War 2 (1942) and in supplying parts to NASA's space programs in the 1970s. During his lifetime Armais Arutunoff was a prolific inventor who amassed many patents with the REDA Pump Company for applications both within and outside the oil and gas industry. A large historical exhibit is still in place in Oklahoma. Visitors can look through REDA's photobooks dating back to 1936, Arutunoff's handwritten journal of part numbers including part number #1, drawings dating back to 1925, and many other extraordinary memorabilia that document the evolution of REDA.

REDA Pump Company was an independent company until 1969. It was acquired by Schlumberger in 1998 in the CAMCO acquisition. Schlumberger's relationship with REDA pumps extends back far beyond the company's acquisition; they have been working alongside each other and sharing the same field locations to provide exceptional customer service for more than 80 years. Since joining technological development forces, Schlumberger has leveraged its combined knowledge to continue to push the boundaries of submersible pumps beyond the oil and gas industry into geothermal energy production systems as an example.

To celebrate the 90th Anniversary since the inception of the rebranded Bart Manufacturing Company as REDA Pump Company, Schlumberger managers who act as stewards of the powerful REDA pumps hosted an event with customers at the original manufacturing facility in Bartlesville.

The celebration included guest speakers from across Schlumberger’s production-focused technology portfolio, followed by a facility tour during which customers and Schlumberger personnel could witness operations, speak to shop personnel, learn about current technologies, and gain hands-on time with the equipment. Finally, guests were able to walk through the historical exhibit prepared for the occasion.

The event was capped off with the 81st REDA Golf Tournament—Oklahoma’s longest-running golf tournament.

Schlumberger’s Bartlesville Product Center (BPC) continues to supply ESP and HPS pumps for the North America land market as well as motors and other components worldwide. Although features and construction materials have been upgraded over the years, and Schlumberger has two complementary engineering and manufacturing centers in Singapore and Tyumen to accommodate global demand for energy produced using ESPs, the fundamental ESP design and manufacturing process remains true to the tried and trusted, highly reliable original. 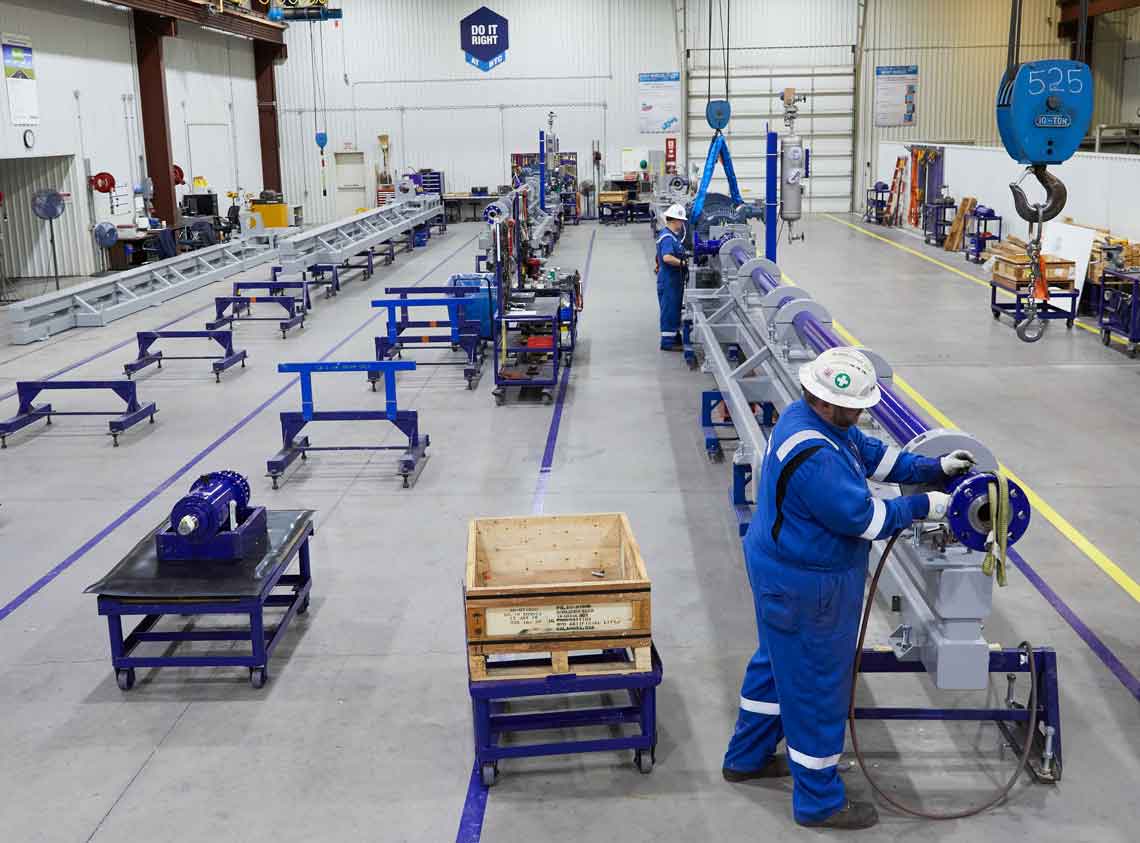 The pump that was to set the standard for ESPs was introduced to Bartlesville in 1927. Today Schlumberger's Bartlesville Product Center continues the legacy.
Article Topics
Our History
REDA HPS Horizontal Multistage Surface Pumping Systems
Learn More

For oil and gas; mine dewatering; carbon capture, utilization, and storage; and geothermal energy applications.