Challenge: Perform a perforating intervention on a critical producing interval inaccessible by wireline.

The ACTive OptiFIRE system was able to be deployed in an area inaccessible to wireline.

When a critical interval was not producing as expected, PEMEX decided to reperforate the zone. However, due to some deployment limitations, this zone was inaccessible by wireline intervention. Like many wells in this area, all efforts were made to avoid killing the well or pumping fluid into the formation, which could delay putting the well back into production.

PEMEX and Schlumberger used this innovative coiled tubing technology to perforate the well in just 11 hours and monitor downhole conditions in one run—setting a new record in time efficiency. Once the BHA was placed at the target interval, it took only minutes to activate the perforating head and get confirmation of detonation. Hydraulically activated guns would require up to 2 hours to detonate the perforating guns alone. This reduced the time to detonate the perforating string by 75% compared with conventional methods.

Because the ACTive OptiFIRE system did not require any working fluid, PEMEX mitigated well damage and eliminated deferred production associated with wireline interventions. Following the reperforating treatment, the operator was also able to clean and kick off the well with the same ACTive services unit—avoiding the costs of having additional equipment on site.

Since this successful trial well, PEMEX has implemented the ACTive OptiFIRE system on three additional wells. 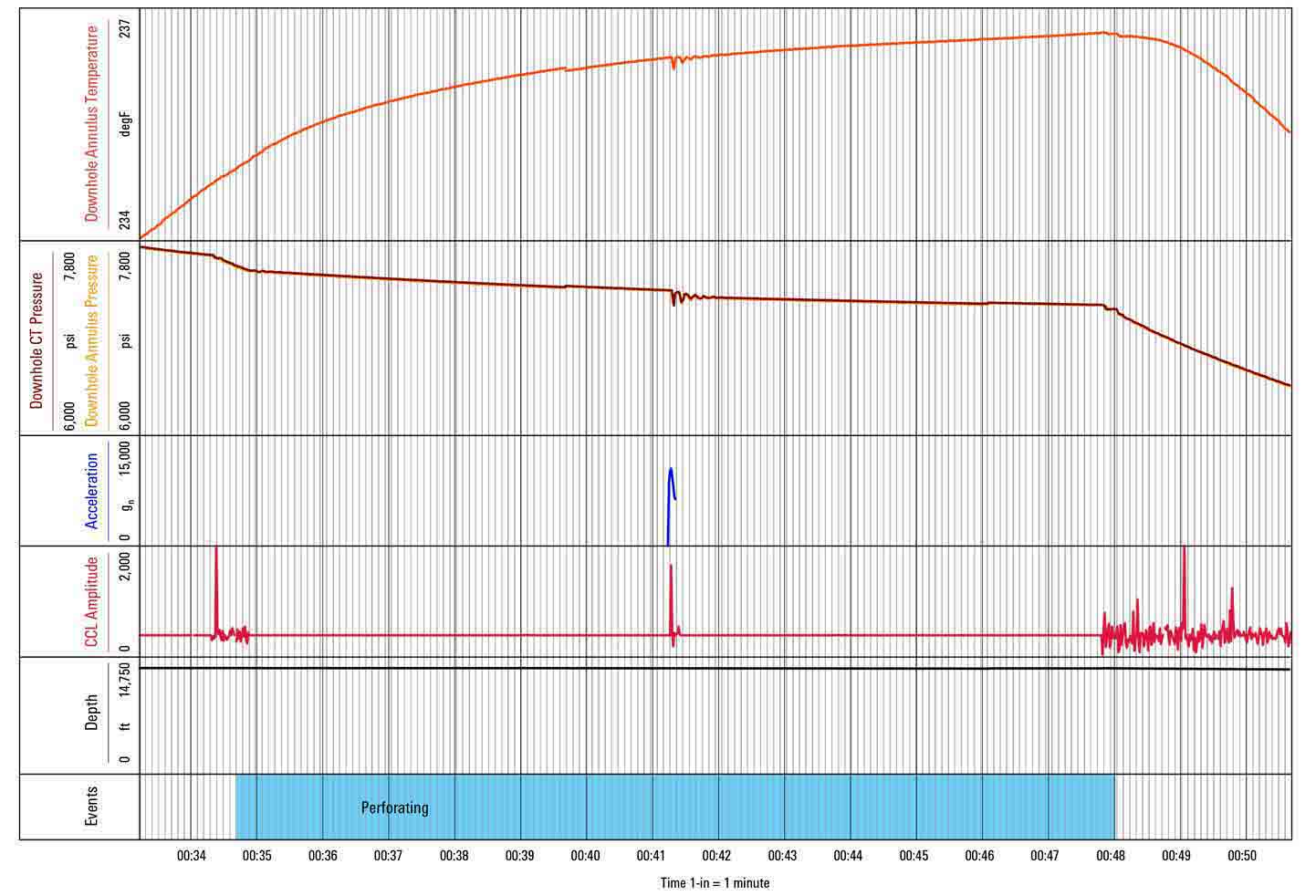 Activate up to 10 times with precise downhole depth and hydrostatic pressure control—all in a single run.