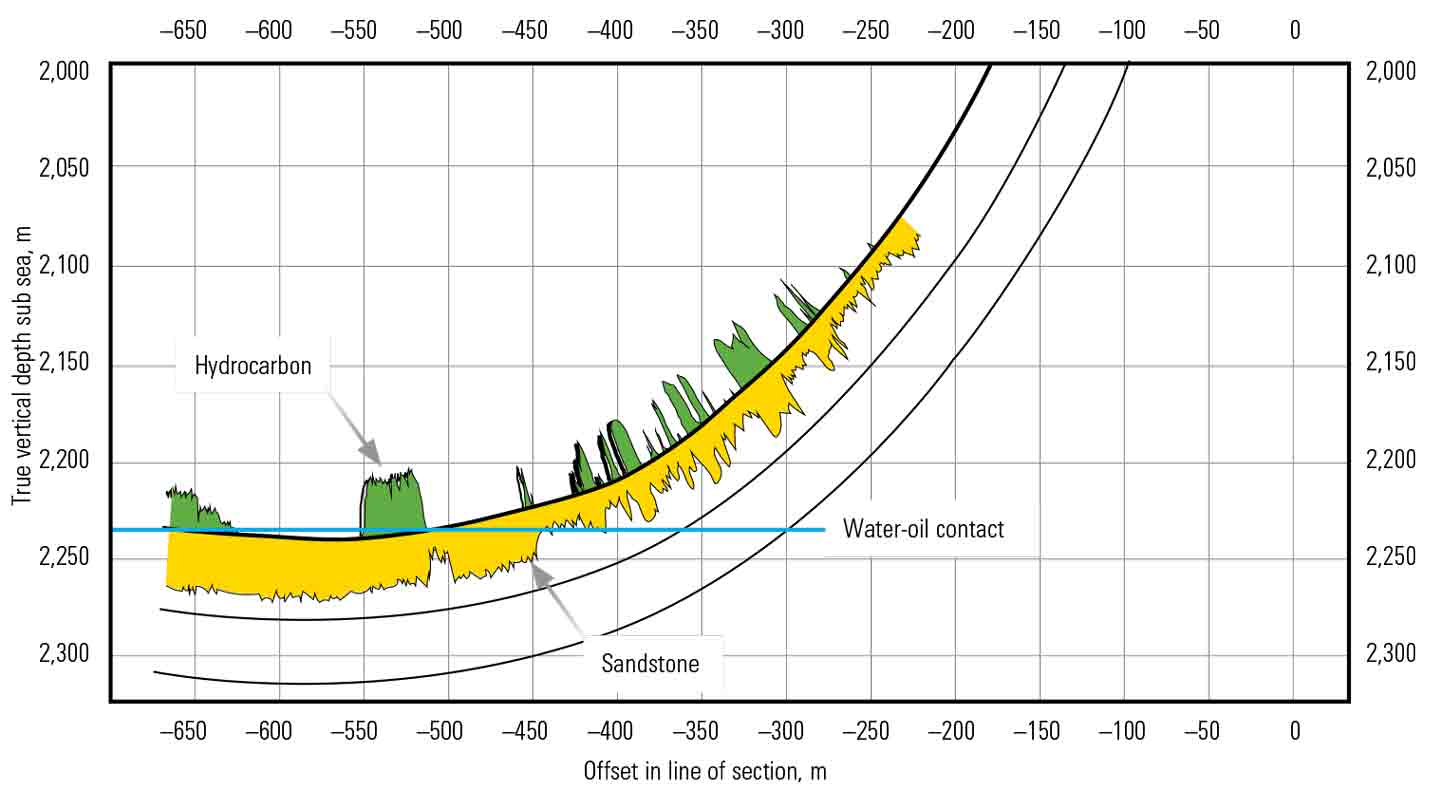 Interpreted reservoir saturation log highlighting the presence of hydrocarbons in the upper section of the interval.

An operator in southern Mexico needed to access a horizontal well to determine how to reduce water production and increase oil output. The well had been historically inaccessible using wireline or wired coiled tubing during production logging operations. Logging was required along an interval located between 7,218–8,917 ft-MD [2,200–2,718 m-MD] with a TD of 9,642 ft-MD [2,939 m-MD] and a 7-in cased hole with a 5-in perforated liner.

Although the use of wireline is possible with a tractor, this technique is not only expensive and risky, but it can also be more prone to multiple issues during operations. Wired coiled tubing is also not a practical option for those operations, as the weight added by the wires inside the coiled tubing may prevent the pipe from being run to the toe of the well.

Schlumberger proposed using the ACTive PS service, which allows an operator to run the coiled tubing to the toe of the well while providing real-time telemetry and the ability to pump. These two benefits enable flexibility during operations and significantly reduce the surface equipment footprint. When compared with the tractor or wired coiled tubing methods, the ACTive iFC fiber-optic carrier is much lighter and eliminates the issue of conveyance or pumping limitation.

The RSTPro tool was used to locate bypassed hydrocarbons, depleted reservoirs, and gas zones. The results prompted the operator to perform a cementing job to plug the water-producing bottom portion of the well and perforate the hydrocarbon-bearing upper portion. Using the acquired data from the RSTPro tool, well intervention operations were determined to restore production to the well.