Challenge: Drill out the 7-in casing to build a curve at planned 10°/100 ft and continue to drill lateral section.

Cimarex Energy was drilling a well named Black Powder in the Third Bone Spring play of the Permian basin. The team set a 7-in casing at 45° and wanted a durable BHA to execute a high dogleg severity (DLS) curve and geosteer the horizontal section within a 7-ft thick TVD zone—in one run. Using conventional methods in this formation, operators must trip the BHA after landing the curve to switch to a BHA for geosteering. This tripping for projects with two assemblies adds approximately 48 hours to the drilling process.

Schlumberger built a slimhole BHA using the PowerDrive Archer 475 RSS coupled with a SHARC MDSi711 PDC drill bit designed specifically for this application. The combination was assembled for its ability to drill the planned 10°/100-ft curve with ease. The PowerDrive Archer 475 RSS is rated to execute up to 18°/100 ft DLS, in addition to its fully rotating design that enables the system to drill high-quality horizontal sections. 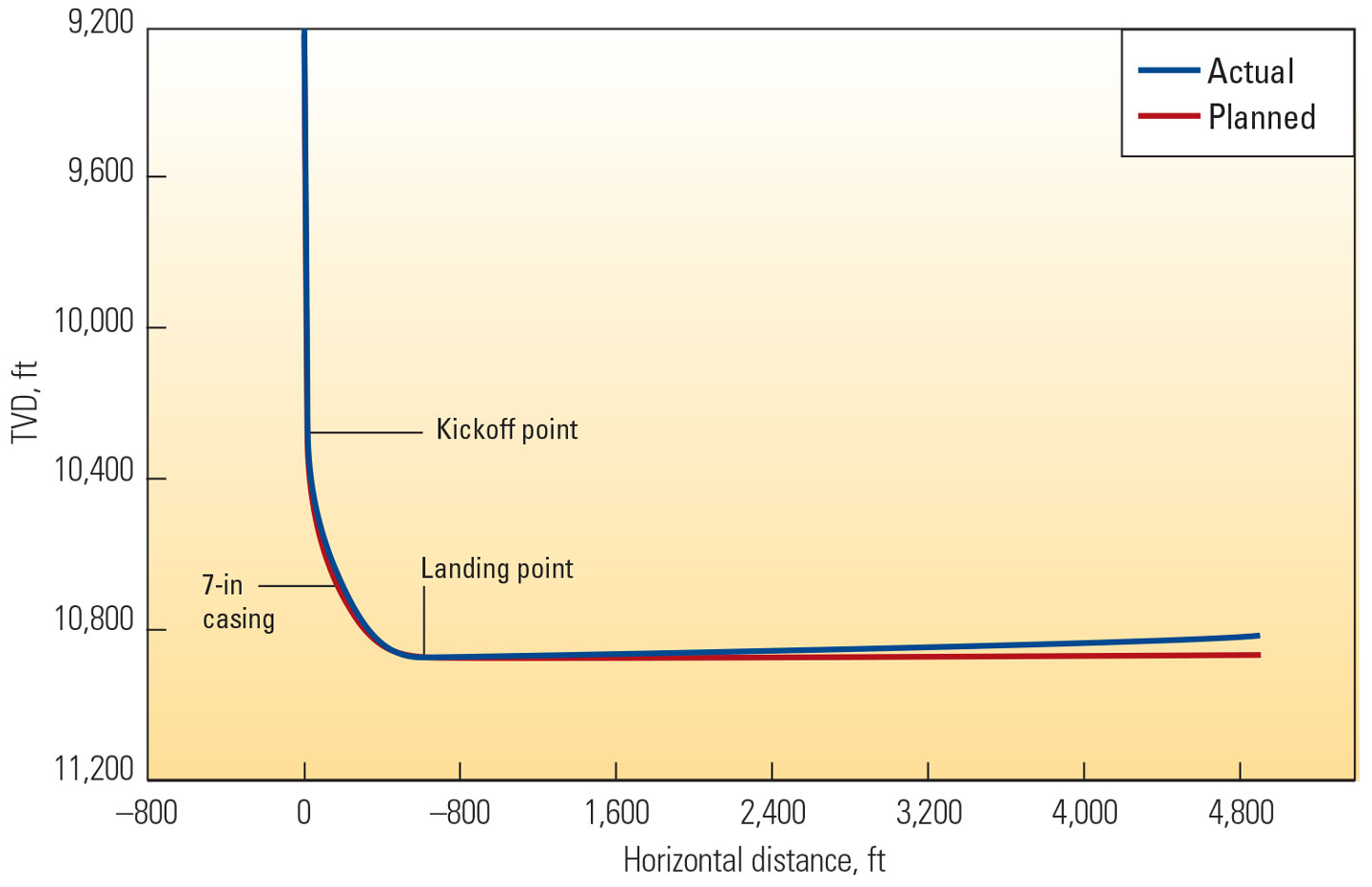 While drilling the 6 1⁄8-in section, an abrupt formation change caused the BHA to exit the target zone. The SlimPulse retrievable MWD service delivered real-time gamma ray data that enabled the well placement team to quickly reenter the zone. A conventional drive system might have deflected on reentry, but the PowerDrive Archer system with full directional control corrected to the well plan without issue.

Landed curve, drilled lateral to TD in one run

Using the PowerDrive Archer RSS, the Schlumberger team drilled the build section at 10°/100 ft to land in the Third Bone Spring formation according to plan. After landing the curve, the BHA continued on to drill the 4,300-ft lateral to TD. The two sections were successfully drilled in one run despite the abrupt formation change that caused a zone exit. The PowerDrive Archer BHA drilled 4,787 ft total in only 110.3 hours, saving Cimarex an estimated 26 hours by eliminating the need for multiple trips.

Drill complex curves and trajectories and sidetrack without making an extra trip.