Total designed Well GNM1-021 in the Gonelle offshore field for an openhole stand-alone screen completion. The challenge in drilling this well was maintaining a relatively clean, uniform filtercake across the producing sands. The main restriction to obtaining the planned productivity index was the filtercake deposition while drilling the formation; therefore, formation damage had to be minimized. Because of the natural reservoir depletion, the overbalance on the formation must also be closely monitored. Bridging particles, initially used to reduce the internal filtercake formation, are known to potentially plug the stand-alone completion screens while running in the hole. To avoid this problem, the drilling mud must therefore be sieved prior to completion operations. The uncertainties in actual fluid invasion in the near-wellbore region support the breaker usage prior to placing the well on production. 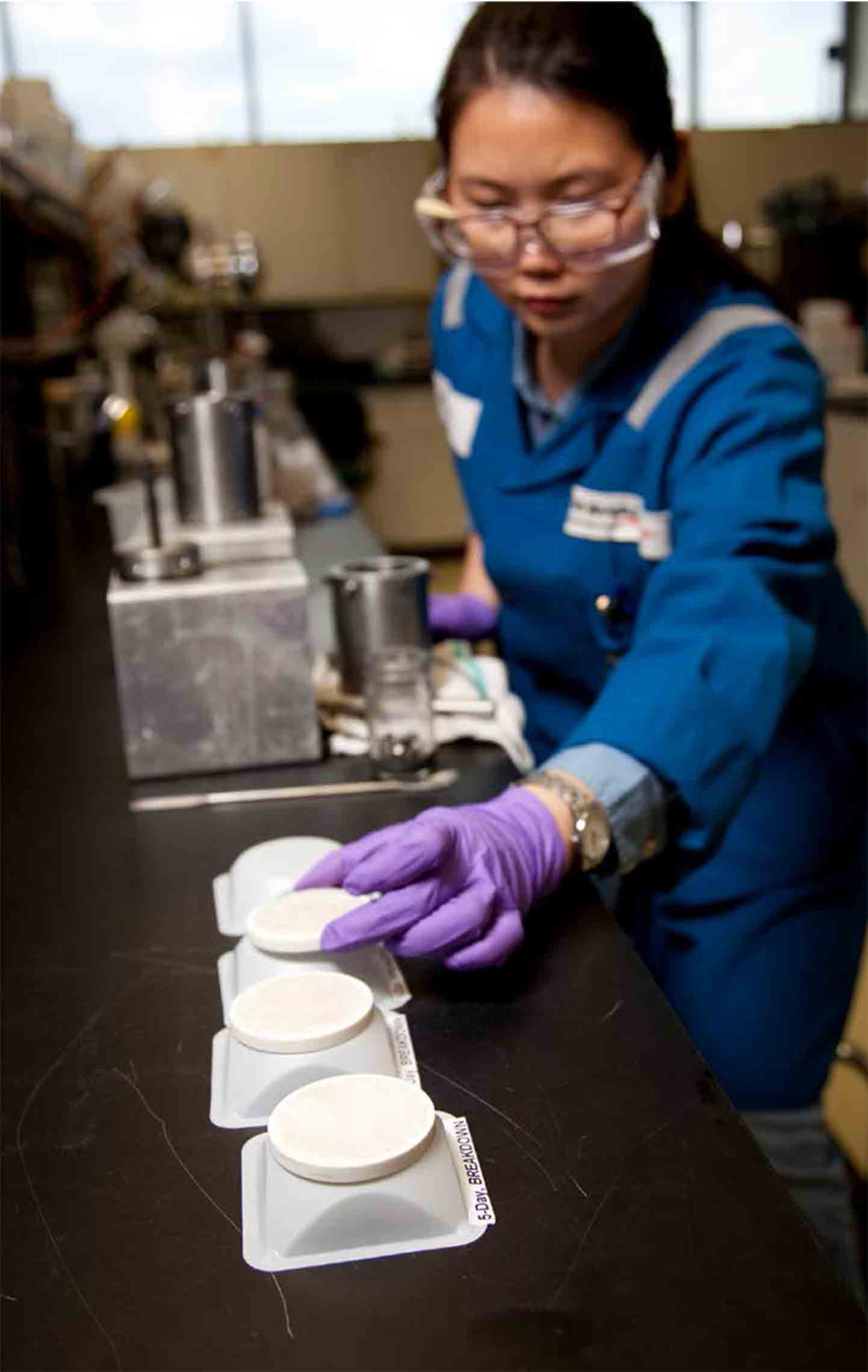 A 212.5-bbl [34-m3] volume of the VERSA-OUT system consisting of drill water, calcium chloride, SAFE-VIS polymer fluid loss control additive, D-SOLVER brine-soluble chelating agent, DEEPCLEAN single-stage spacer pill additive, and D-STRUCTOR organic acid precursor breaker was mixed and pumped according to the M-I SWACO recommended procedure. The VERSA-OUT system was pumped to dissolve the calcium carbonate-base filtercake and displace the brine in the casing. This volume of the VERSA-OUT system was sufficient to reach 318 ft [100 m] above the flapper valve.

The cased hole was then displaced with 1.10-relative-density seawater-base sodium chloride and potassium chloride brine inhibited with corrosion and scale inhibitors until total specifications were reached (nephelometric turbidity unit in/out of 55/90) and total suspended solids less than 0.05%.

Once the flapper valve opened, the well instantaneously gave a positive indication of the breaker efficiency with a production level near 100% of the planned goal. Because of the positive results of this field trial, Total Gabon plans to continue using this fluid system and breaker combination for future drilling in the Gonelle field.