“The superior performance and unique features of the MD-3 Shaker allows drilling contractors the ability to maximize fluid processing rates while remaining within the footprint of many single and dual deck shakers.”

Testing of the MD-3 Shaker took place on a South Louisiana well in a difficult 20-in. top-hole section and in a 14¾-in. intermediate section. The purpose of the test was to denote efficiencies from the use of the MD-3 Shaker in reducing the complexity of the solids-control equipment package needed to deal with increase fluid volumes in large wellbores, quantity of consumable disposal, and operator cost. 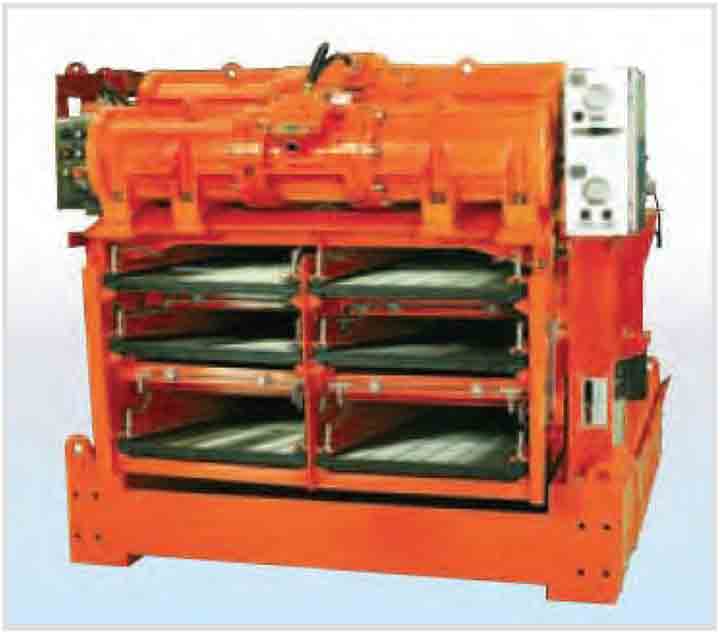 The M-I SWACO MD-3 Shaker was introduced as a viable solution for this large wellbore, taking up much less rig space when compared to other solids-control methods. It is equipped with six screens per deck (18 per machine) and the interlocking feature of the screens allows them to be rotated from front to back to reduce wear and maximize screen life.

The MD-3 scalping deck utilized urethane screens to efficiently discard large volumes of sticky gumbo, thereby freeing up the lower decks to process the undesirable fines and low-gravity solids. Fluid enters the rear of this multi-deck shaker, flows over the scalping deck and is divided equally into two separate fluid streams where it is further processed simultaneously on the two lower decks. Two refined vibratory motions are available at the flip of a switch and allow the maximum fluid throughput while at the same time extending the life of the screens.

During drilling the 20-in. top-hole section, which consisted primarily of gumbo and sand formations, the MD-3 Shaker was able to process a maximum of 840 gal/min while equipped with 0.8-mm slotted opening urethane screens on the scalping deck and HC 84 mesh (API 60) screens on the two primary decks. The MD-3 Shaker averaged 700 gal/min during the 20-in. interval, which was more than the combined processing rate of the existing three rig-owned shakers.

The smaller footprint of the screens allowed for easy change-out and minimal waste if only one portion of a screen became damaged. The MD-3 urethane scalping screens were very efficient at removing gumbo and exhibited minimal to no wear after 548 hr of processing time. Several different mesh types and sizes were used on the two primary decks as wellbore conditions and formation types dictated. Overall, out of a total run time of 625 hr 80% of the screens used on the two primary decks were able to be used again (only 20% of the screens had to be scrapped due to screen damage).

The M-I SWACO MD-3 Shaker has proven to be an effective tool for processing fluid at higher flow rates than previously seen with existing shaker technology. In particular and under field conditions, the unit was able to:

Meet objectives for efficiency, flexibility, and rig space with an adaptable shaker in a compact package.