The success of the Eagle Ford Shale has led to a land rush, with economics and rig availability dictating development progress and timing. One result is the practice of drilling a single well to hold the lease rights by production (HBP). Often this initial parent well produces for several months or years before additional wells are drilled.

For one Eagle Ford Shale operator, infill wells compounded the risk for the completion program. When an infill well is stimulated, its fractures tend to grow toward and into the depleted reservoir around the parent well, sometimes resulting in well-to-well communication known as a "frac hit." A recent study (SPE 180200) determined that, in some reservoirs, this well-to-well communication is likely to improve production in the parent well, but in the Eagle Ford, it tends to reduce production from the parent well.

One way to minimize the risk of impairing a parent well when stimulating an infill well is to scale down the fracture design for the infill well. However, this practice also scales down the infill well's potential drainage area and may make it uneconomic to produce. 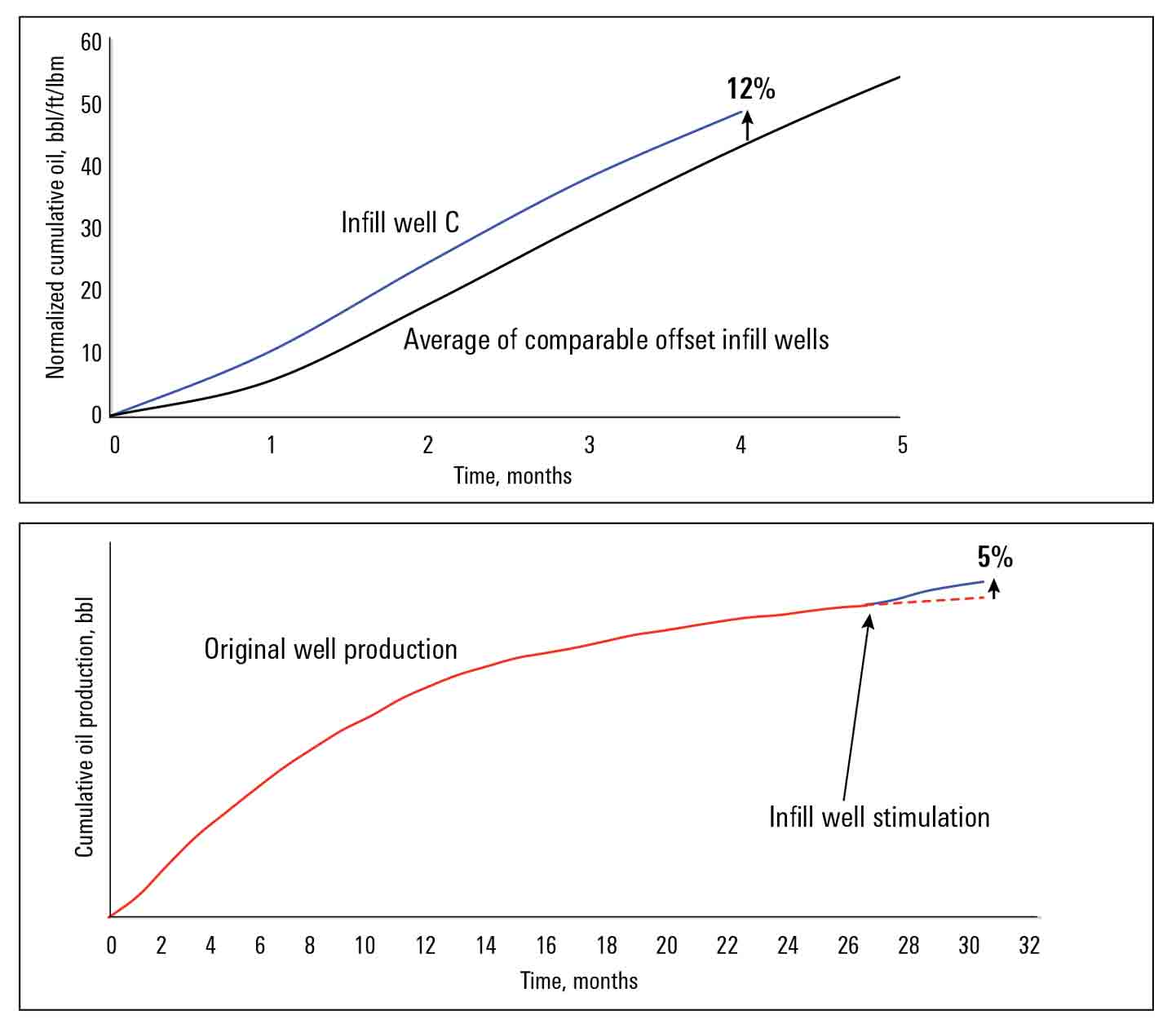 For two new infill wells just 300 ft from a parent well that had been producing consistently for 26 months, an operator asked Schlumberger for an alternative stimulation solution that would maximize reserve recovery from all three wells.

Schlumberger engineers modeled the reservoir using Kinetix software and reviewed infill stimulation options aimed at maximizing reservoir recovery. The modeling determined that an aggressive conventional stimulation design would cause the fractures to grow toward the pressure sink around the producing parent well, making detrimental communication a near certainty.

The modeling indicated that adding engineered diversion pills to the aggressive stimulation design would control fracture growth, reducing the risk of detrimental communication and improving fracture complexity in the stimulated area.

The infill wells were stimulated in stages, alternating between wells, using the plug-and-perf technique. During each operation, engineers used the WellWatcher Stim service to monitor pressure signals in the infill and parent wells that were not undergoing treatment. When the signals indicated that interwell communication occurred, engineers used the data to adjust diversion delivery for subsequent stages.

The second infill well was landed in a different part of the reservoir, and its production was not compared. However, the well's production met the operator's expectations.

To evaluate the impact of any well-to-well communication on the parent well, its production was graphed against an extrapolation of the prejob production curve, indicating that the infill well stimulation operations added a 5% increment to the parent well's oil production. 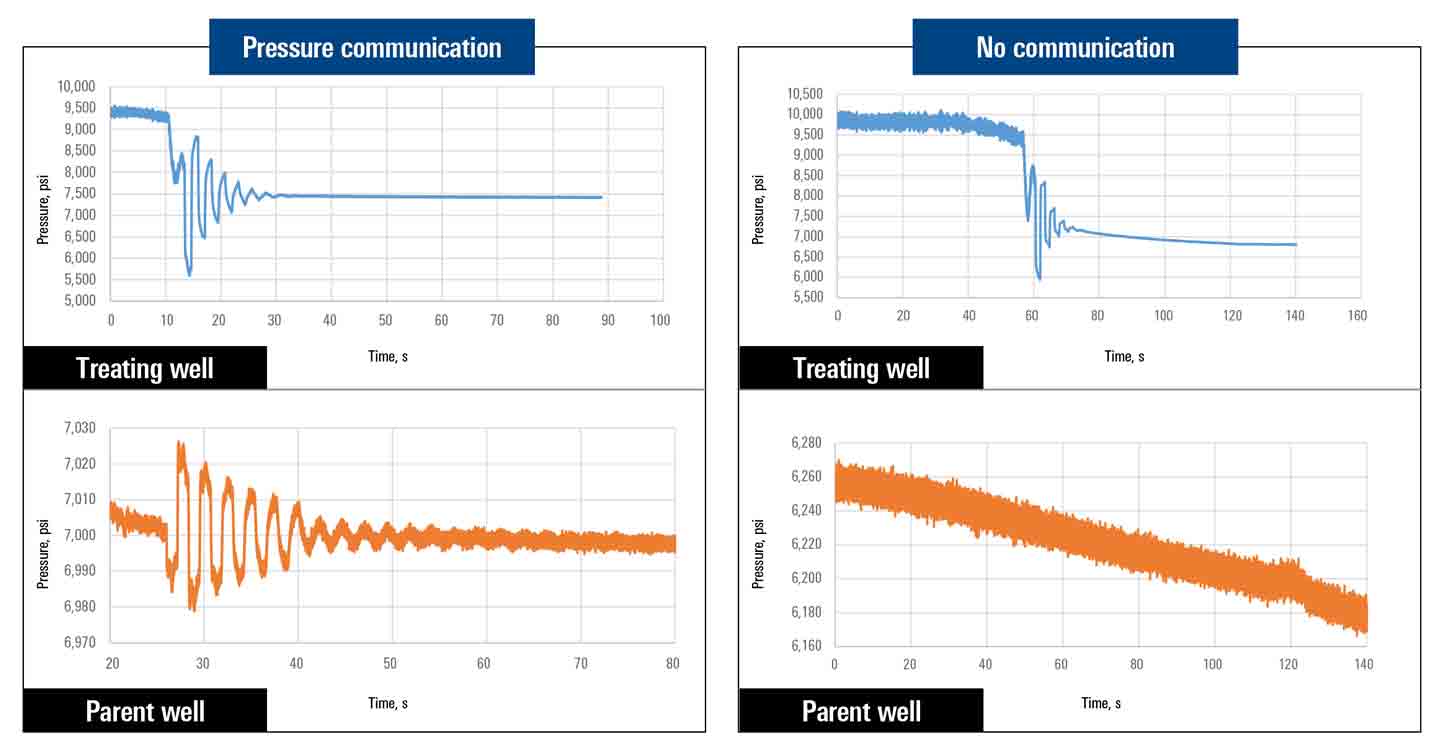 Minimize the risk of frac hits on neighboring wells or fracturing into undesirable zones while increasing fracture complexity.