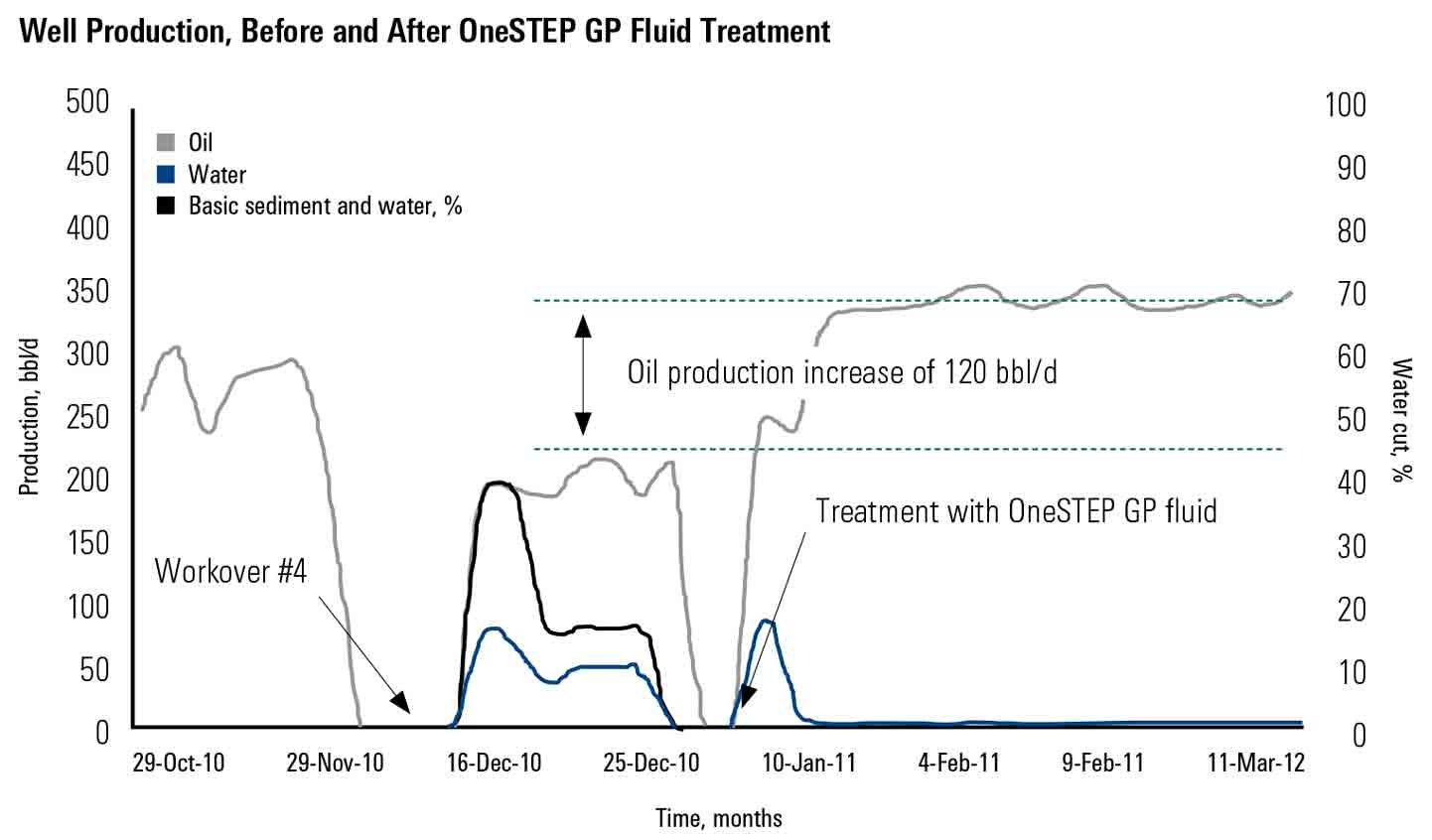 The oil production increased after the treatment to 330 bbl/d with a completion skin of 1.2.

In April 2012, an operator completed a well in a sandstone formation, however, the ESP failed four months later. The well was recompleted in August 2012, producing at a much lower rate than prior to the workover and the production continued to decline. Based on this decline, the operator determined that the formation had been damaged during the workover and that fines migration was also limiting production. Nearly one year after the well was initially completed, the ESP was stopped because of overheating and the low fluid level in the well.

Historically, stimulation treatments performed through ESPs are usually unsuccessful because nonreactive fluids are used to avoid damaging the ESP.

Stimulation through the ESP was performed to minimize workover cost and time. The treatment waspumped through CT, located just above the ESP.

Damage to the ESP was minimized by implementing the less corrosive OneStep GP fluid with a pH level of 5.5, maximizing long-term production. The matrix stimulation treatment was performed in only one stage, and required less total volume when compared with conventional treatments,which require preflushes and low-pH acidic fluids. As a result of the treatment, the operator saved USD 280,000 in workover costs, the ESP performed as expected, and production increased by 100 bbl/d.

Challenge: Re-establish production in a formation damaged during workover operations without the additional time and cost of replacing the ESP.

Results: Increased production by more than 100 bbl/d, saved USD 280,000 in workover costs, and restored normal function to the ESP.

Remove filtercake and formation damage to stimulate the near-wellbore area.