Acid treatment damages ESPs and formation but does not dissolve scale

When ESP performance declined in a southern Iraq field earlier this year, analysis of ESP intake and discharge pressures indicated that scale was depositing in the ESPs. The problem was widespread in the field, where 35% of the daily production was from ESP-lifted wells. Workover rigs were assigned to replace the ESPs, but the problem rapidly resurfaced in the new ESPs.

To restore production, a third-party service company recommended removing the scale with a conventional hydrochloric acid (HCl) flush. After the acid was pumped in several wells, 27% of the ESPs were unable to restart. Furthermore, in the 64% of wells that did initially restart, the acid severely corroded ESP components, requiring subsequent workovers to replace the ESPs—and then the new ESPs failed again. In addition, leakoff from the HCl treatment reached the sensitive sandstone formation, resulting in permeability damage.

Although the field held great promise, the overall economics were compromised by workover costs and production deferrals for up to 6 months while waiting for rig availability. The problem was so severe across the field that the operator had to dedicate workover rigs to replacing ESPs rather than performing more valuable work.

Schlumberger recommended a more thorough understanding of the problem to create an engineered solution. X-ray diffraction analysis of samples from a retrieved ESP determined that the scale was calcium sulfate (CaSO4 or anhydrite), which is insoluble in HCl. An investigation into the source of this unusual scale also found that the third-party completion brine had a high sulfate content, which the operator was able to curtail for subsequent wells with new quality assurance requirements.

The limited solubility of the scale required a targeted chemical treatment. Laboratory testing determined that nondamaging, chelating ScaleSOLV dissolver could efficiently eliminate the material, and then the engineers developed a plan to manage the formation impact. 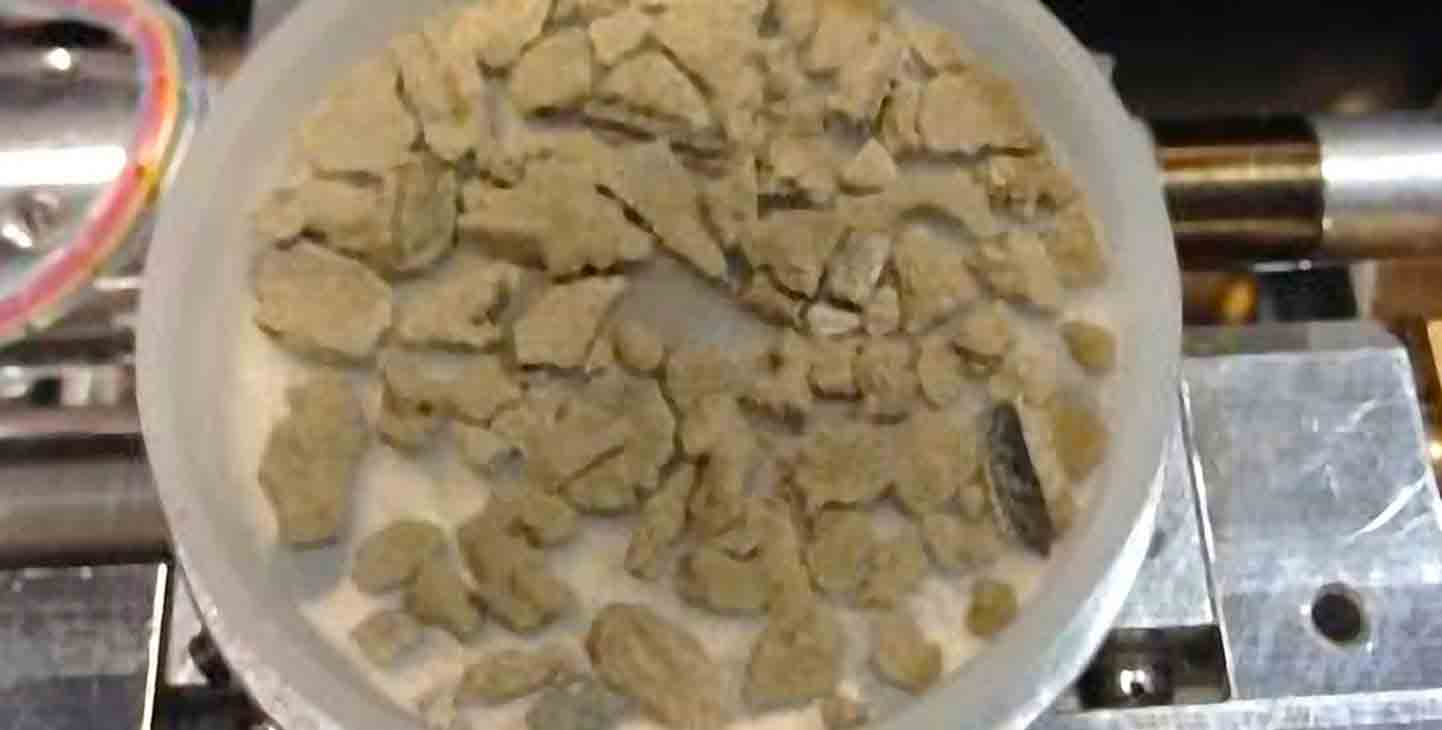 After a third-party service company failed to remediate the scaling problem and damaged the ESPs, Schlumberger tested scale samples to understand the problem and create an engineered solution.

The engineered solution eliminated the plugging, restored production, and was repeated in affected wells across the field. In 90% of the plugged wells, ESPs were restarted immediately after treatment without additional workovers. In the remainder, the ESPs were too damaged to restart and had to be replaced.

The success saved the operator approximately USD 13 million on workovers and eliminated 10.6 million bbl of production deferral across the field.