Sirte Oil Company, operating under the National Oil Corporation of Libya, tested 22 production wells in the Lahib field at its central flow rate measuring facility. The total oil and condensate production was slightly more than 3,180 m³/d [20,000 bbl/d]. Production rates for these wells ranged from 7 m³/d to 375 m³/d [45 bbl/d to 2,356 bbl/d], with flow temperatures to 106 degC [222 degF].

Using a two-phase separator, a service company measured the total liquid flow rate and estimated the oil flow rate using the water cut, but it was unable to measure gas flow rates for some of the wells. The company’s tests of the 22 wells indicated a total flow rate of 2,627 m³/d [16,520 bbl/d], which was more than 17% less than the measurements provided by Sirte’s measuring facility.

Sirte called on Schlumberger to verify the cumulative flow using CleanPhase flow rate measurement technology. The three-phase well test separator was used in a stand-alone configuration equipped with Coriolis meters and an electromagnetic meter. The Coriolis meters measure oil and gas mass flow rate rather than volumetric flow, so they are not affected by variances in fluid density, viscosity, pressure, or temperature. The electromagnetic meter monitors the water flow rate; its fullbore design prevents clogging by allowing greater solids volumes to pass through the CleanPhase separator during well cleanup.

With this setup, the system separated the fluids efficiently and measured each phase accurately. Furthermore, environmental risks were reduced because there was no need to dispose of unseparated fluids during cleanup periods. The system was fitted with SmartWeir technology, which accommodates fluctuating water flow rates and high water cuts, allows the oil/ water interface level and total liquid level to be adjusted, and enables the separator to be online even during the cleanup phase.

During one of the well tests, the CleanPhase unit was rigged up in series with one of the Sirte conventional separators to allow a flow rate comparison. The rates measured by the two separators were found to be almost identical, but the CleanPhase separator provided the advantage of faster, more environmentally friendly cleanup operations.

Sirte personnel opted for the CleanPhase unit for well testing and cleanup on other wells, and the conventional separator was demobilized. 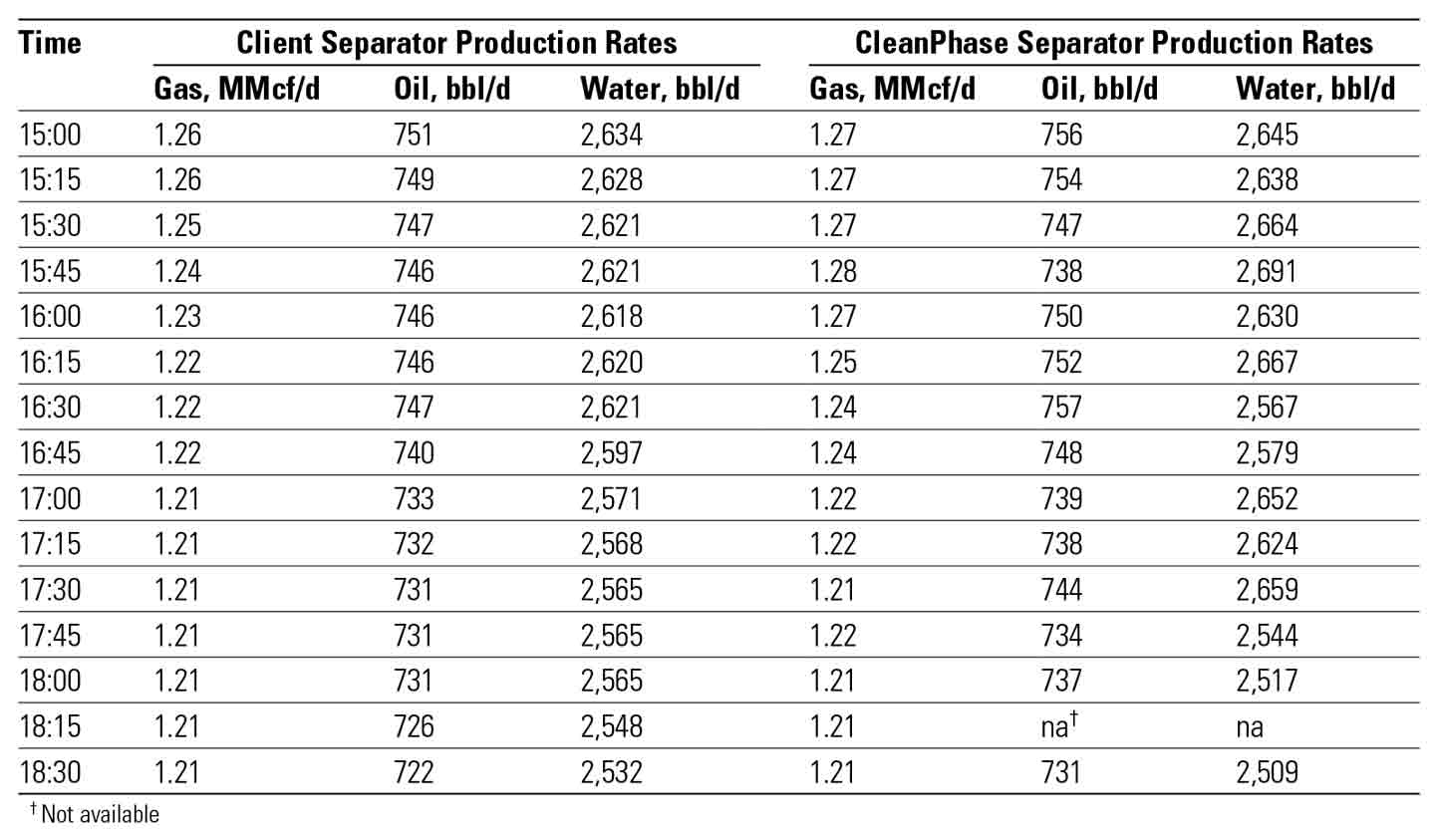 Unobtrusively monitor liquid levels and adjust the height of the weir to achieve true three-phase separation.