The Schlumberger Losseal system, which is comprised of a combination of fibers and solids, is the latest offering to reduce nonproductive time due to lost circulation during drilling and cementing operations. Launched at the SPE/IADC Drilling Conference in March of 2011, the Losseal design combines fibers with different mechanical properties and high solids content, compared with traditional fiber treatments for lost circulation that have relied on data for fracture width during bridging and plugging. The design of the Losseal system makes it less sensitive to fracture sizes, because the solid particle size is optimized to plug the network fibers as opposed to the fractures. The Lost Circulation Pill Designer software creates the optimal recipe for the pill, which puts fibers in front of the fracture to make the bridging. 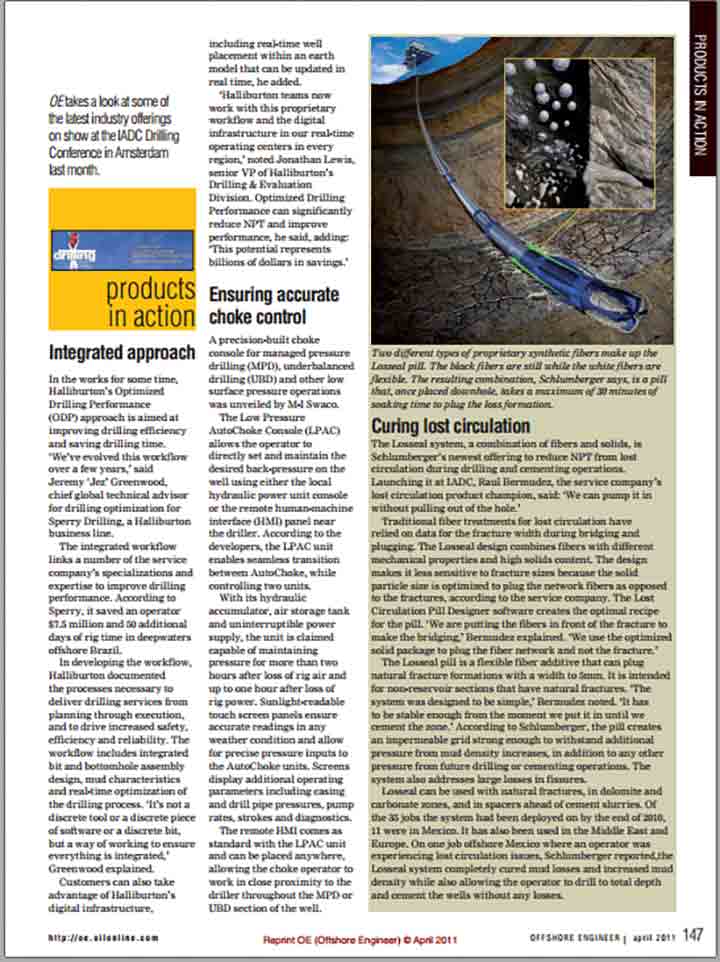 Mitigate the risk of lost circulation while drilling with a specially engineered pill.

Increase the effective solid volume fraction of carrier fluids such as muds, spacers, and cements.