HOUSTON TX.–Since drilling operations first began, operators have sought to reduce costs and the nonproductive time (NPT) associated with downhole tool failures. Yet, many bottom-hole assembly issues are caused by debris accumulated during the drilling cycle which can be challenging as operators strive to keep the bit on-bottom and drill ahead for the longest possible time.

In addition, the use of standard filtering systems, can result in the small internal filters on directional drilling equipment becoming clogged. This often requires the operator to pull out of the hole to repair or replace equipment, leading to NPT.

Traditionally a wellbore cleanout run is performed to validate cleanliness and remove debris prior to well completion. However, interception and removal of both ferrous and nonferrous debris can now be done while drilling, with the added benefit of preventing the debris from damaging the drilling BHA.

The industry’s focus on improving drilling efficiencies and well economics in recent years has driven a change from a traditional debris management model; dedicated precompletion cleanout runs are now less favored as operators look to shorten the time required to deliver a well to production. Drawing on 25 years of lessons learned and technological expertise, a new strategy has been introduced that utilizes a range of drilling tools developed specifically to intercept debris and reduce the number of trips. The aim was to extend the service life of BHA equipment on each run to achieve more footage drilled before pulling out of the hole.

The strategy required engineering two new broad-application debris management technologies that can be used separately, or in tandem, to maximize debris capture from the well: a work string filter system and an open-hole magnet.

Double-Screen Filter
Introduced last year, the double-screen filter is designed to protect equipment from debris trapped in the circulating system. Applicable in any drilling environment and mud type, the slick sub tool is incorporated in the drill string and positioned directly above the BHA, where it captures and retains all fluid-borne nonferrous debris in the drill string before it can compromise BHA components using an impeller, modulator or pulsar.

The filter features a variable-slot size and a double (one inside the other) screen configuration engineered to reduce high fluid velocity, which causes premature filter erosion and failure in traditional filter sub designs. The chamber capacity for debris is larger than other filter subs to extend the operating envelope before the chamber is full. The double-screen design provides a highly robust solution, with the debris contained in a large total flow area.

The tool has run for more than 1,700 hours on the same screen with no erosion, a marked improvement over conventional single-filter designs, where the single screen can erode quickly as a result of high fluid velocity, often failing in 100-150 hours. The internal filter is resistant to erosion and causes minimal pressure loss in the circulating system. A contingency 400-psi central bypass allows wireline access without requiring prior recovery of top-sub components. When the drilling cycle is complete, the filter is pulled out with the drill string, allowing the operator to empty and examine the captured material at surface prior to rerunning the tool.

Flow dynamic software was used to determine an optimal design, while the 3/16-inch filter slots vary in length to harmonize the flow path along the entire screen length, which is approximately 50 inches. In applications to date, it has not been necessary to pull the tool early because of a full chamber. In the event the chamber does fill up, flow is diverted internally past the screens, coming out in the central bore and down through the drill pipe.

The filter has been deployed for 36 directional drilling operations in the U.S. land market, as well as in global markets, including the Middle East, Argentina and Canada. The tool has thus far logged more than 12,000 pumping hours and drilled more than 550,000 feet with no failures.

In field trials in Argentina, the same 4 ¾-inch work string filter was run consecutively in seven extended-reach wells in an offshore shale formation, capturing more than 10 pounds of fluid-borne circulation debris with no replacement screens. Deploying the tool extended the run life of the BHA components, including RSS equipment, eliminating NPT. The operator ran the filter for 1,950 total hours and drilled more than 56,893 feet without having to pull out of the hole for a premature BHA failure.

In concert with the work string filter, the open-hole magnet is designed to capture magnetic, ferrous debris from the wellbore. The magnet can be used in any drilling environment, and is ideally suited for wells being drilled in hard, abrasive formations. The new tool design represents a major departure from conventional magnet tools that cannot be used in openhole environments because the blades, or collectors, sit beyond the outer diameter of the tubing, damaging the formation. Instead the technology features recessed pockets to retain ferrous material with 360-degree coverage. Fine metallic debris in the drilling mud system often can bypass surface ditch magnets and pass through shaker screens, but this fine debris is captured in full by the new tool.

Run as an integral part of the drill string above the BHA, the technology is designed with channel valleys inside the tubing OD that safely rotate and reciprocate in the open hole during the drilling cycle. The magnets use samarium cobalt to ensure that magnetism is maintained when temperatures exceed 300 degrees and capable of lasting the duration of the entire drilling cycle, until the BHA is pulled out of the hole. The captured debris is carried back to surface for removal and analysis.

Also introduced in 2017, the open-hole magnet is available in three sizes, while the magnet orientation has a tight magnetic field that allows it to be run close to LWD/MWD components without causing interference with telemetry. It has been deployed in more than 50 wells globally, primarily in the United States, United Kingdom and Azerbaijan.

A North American operator encountering debris contamination in the mud system (and subsequent tool damage) from metallic material deployed open-hole magnets as part of the BHA to capture these metallic fines in two wells. The magnets removed 63 percent of the total collected ferrous debris from one well and 80 percent from the second well, reducing the impact on the RSS, bit and BHA components and minimizing NPT. 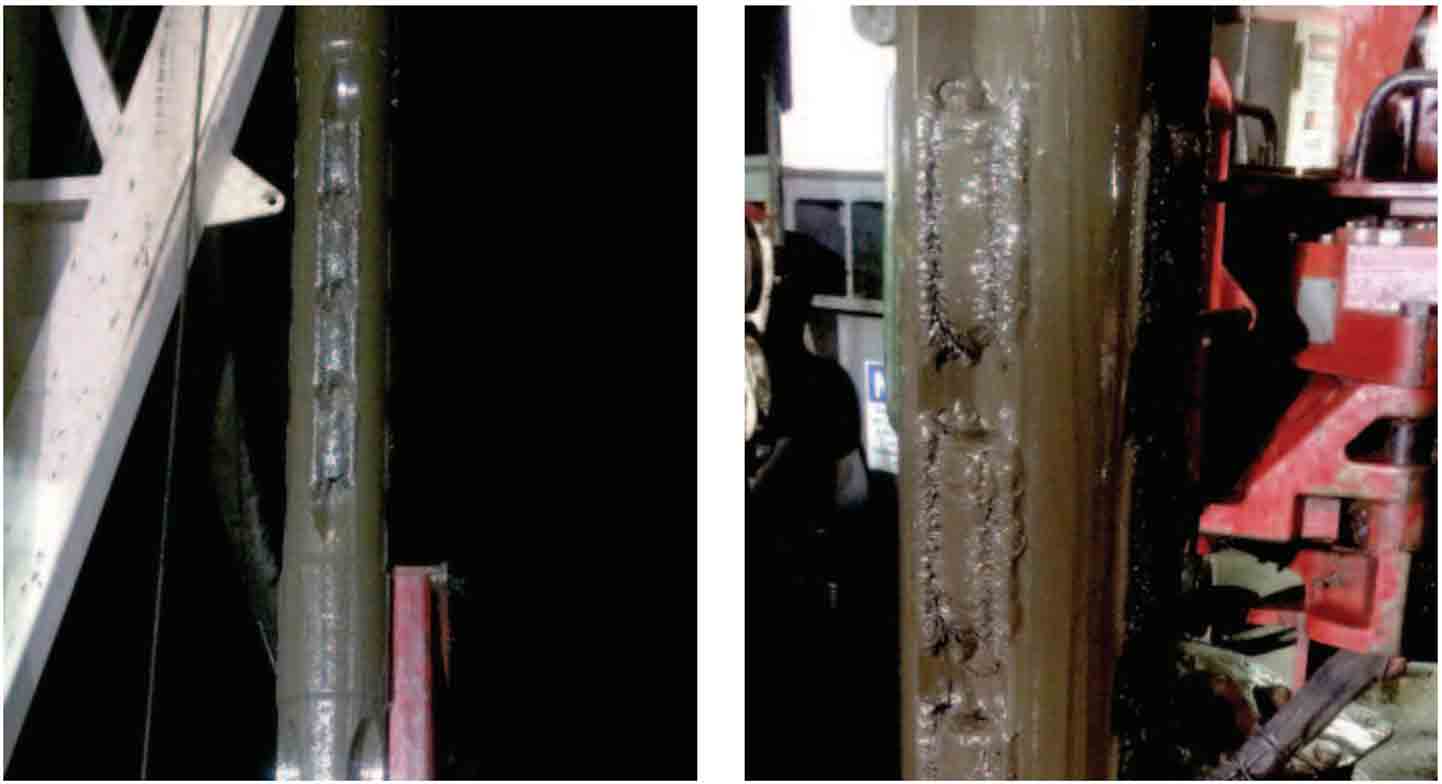 In an extended-reach horizontal drilling campaign in the Permian Basin’s Wolfbone play, the open-hole magnet removed 33 pounds of ferrous debris while drilling. After installing the magnet, the company drilled the horizontal 8½-inch section to nearly 30,000 feet TD with no steering issues or formation damage.

In addition, in the Permian Basin’s abrasive Wolfbone formation, an operator was experiencing problems related to ferrous debris in an extended-reach horizontal drilling campaign. Although no milling operations had been conducted, iron particles in the wellbore were impacting the reliability of the RSS and MWD tools. The operator incorporated the open-hole magnet into the drilling BHA, removing 33 pounds of ferrous debris before it could damage the downhole tools. After installing the magnet, the company drilled the horizontal 8 ½-inch section to a total depth of nearly 30,000 feet with no steering issues or formation damage.

Capture and retain metallic and magnetic debris from the wellbore while drilling or milling.