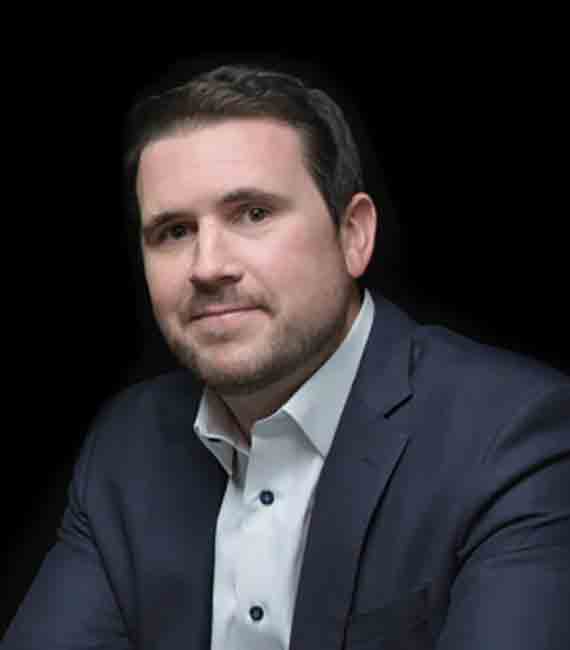 We caught up with Wiley Long during OTC 2019 to follow up on his presentation about how operators are using the Blade family of bits to reshape their drilling performance. He wants you to know what inspires his team’s efforts to drive cutting-edge outcomes.

What sets us apart is that we start a bit design with where the bit meets the rock—which is the cutting element. It’s very small but how it interacts with the rock type has really a big impact. And that’s where we find huge leaps in bit performance.

So instead of starting with a random shape, you analyze drilling need for specific formation types and associated drilling conditions.

Right. We ask, “What best improves bit performance in specific situations?” This approach led to our creating the first bits in the Blade family, using elements with specialized, 3D shapes to optimize performance well beyond conventional fixed and flat cutters. The immediate benefit was reduced wear that meant fewer bit trips, which lowered NPT and costs.

There are four technologies that make up the Blade family of drill bits: HyperBlade, AxeBlade, StingBlade, and EnduroBlade 360 bits. Each one features cutting elements with such unique geometries. What was the genesis of this approach—how did it all begin?

There’s no question that the Enduro 360 rolling diamond element launched it all. It was born from the fact that conventional fixed cutter PDC bits are ultimately limited by the wear resistance of the PDC cutter. Even the slightest wear scar on a PDC cutter will significantly reduce its cutting efficiency and reduce ROP. Now, to combat the loss in ROP, drillers will typically respond by increasing the energy input to the bit with increased WOB, which further accelerates cutter wear. The result is a heavily worn bit that must be pulled early for loss of penetration rate, which increases rig time and NPT. We wanted to change that.

What’s revolutionary about the Enduro 360 element, if you’ll pardon the pun, is the rotating face of the diamond edge. It is specifically meant for hard and abrasive formations—so the heat and wear are distributed around the full circumference of the cutting edge; whereas conventional cutters hardly use 20% of their cutting edge and suffer really high wear rates.

What does that mean in terms of maximizing making-hole time?

Everything! The EnduroBlade 360 bits are stronger and more durable for the vertical, curve and lateral sections—even more so now that we’ve introduced a 19-mm element size. We’re able to develop more aggressive designs with reduced cutter counts and fewer blades, which means more footage and higher ROP. And that translates into longer bit runs, fewer bit trips, and lower drilling costs. Laboratory tests for abrasion resistance show that Enduro 360 cutting elements can withstand 6 times the total number of passes at one-half the vertical load of a traditional PDC cutter.

Would the EnduroBlade 360 bit do well in something like an impact-prone harder carbonates, pyrite-inclusion conglomerates, and multiple layers of formations with something like softer shale followed by hard limestone?

It’s not designed for such an environment—which would devastate a conventional PDC cutter. But when we analyzed that kind of drilling scenario, it led to a groundbreaking idea—the Stinger conical diamond element. It concentrates a higher point load on the rock—literally putting performance on point. The Stinger element has a thicker diamond table, and the conical shape is well-known for its ability to withstand extreme compressive loads experienced while drilling high-impact formations that wreck conventional cutters.

StingBlade bit results, when compared with offsets, provide an 80% increase in footage, enabling significant reductions in bit runs and increases in rig-time savings.

Obviously you didn’t stop with the StingBlade bit.

Our successes with the Stinger element were significant. So we then looked at how conventional bits performed in soft formations with interbedded hard, impact zones where the bits encounter impact. And we asked ourselves, “What if we took the stinger tip and stretched it out a bit?” This gave the element a more unique geometry than anything before. It produced a cutting element with a ridged tip, one with a 70% thicker table—the Axe ridged diamond element.

This kind of adaptation not only boosted impact resistance, but it also combined the PDC bit’s shearing capabilities with rock-crushing performance and efficiency. We saw ROP increases by up to 84%, along with better directional control because the geometry lowered torque and reduced stick/slip.

Define success for the AxeBlade bits.

And yet, you kept going, developing the HyperBlade bit.

We kept going because soft and plastic formations really compromise the cutting efficiency of flat PDC cutters. The main culprit is severe bit balling—in which long ribbons of cuttings material pack off the bit cutting structure.

Our answer to the problem is the Hyper element. Its hyperbolic geometry reduces those long ribbons into smaller chips that are more easily evacuated from the bit face. And when you correctly arrange them on a bit, creating the HyperBlade bit, ROP improves more than 21% on average, as compared with flat PDC cutters.

Would you say the distinctive hyperbolic shape delivers a more positive rake?