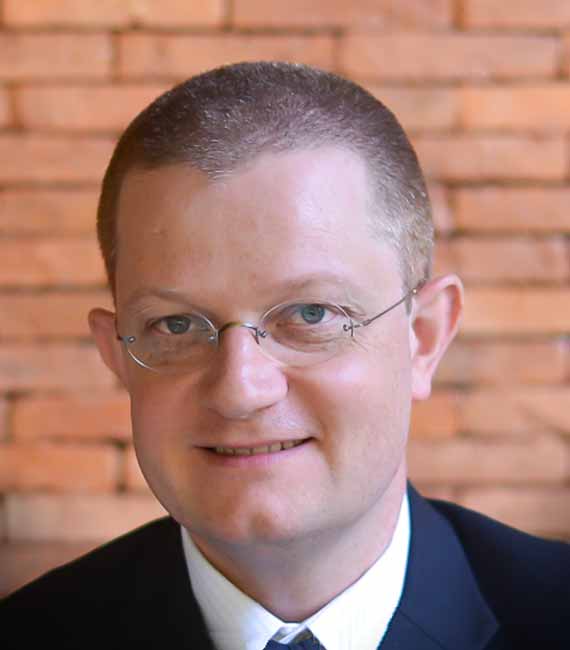 What is the vision for autonomous directional drilling?

When we introduced autonomous directional drilling, we explained that materializing our vision needed technologies and developments to support all aspects of the process, not just what happens at the wellsite or in the BHA. So, we have focused on capabilities that fall within what we refer to as the Four Pillars of Autonomy.

Autonomy starts with what we call the First Pillar—Intelligent Planning. We developed a predictive steering workflow leveraging our DrillPlan coherent well construction planning solution to take advantage of cloud computing and machine-learning models, thereby formulating the best possible plan based on all the available data. The resulting digital-drilling program drives our Fourth Pillar—Intelligent Execution, which relies on the directional-drilling advisor, an automated system to facilitate the analytical tasks that a traditional directional driller takes while steering and implementing the well trajectory. In between the First and Fourth Pillars are Surface and Downhole Automation.

Surface automation runs on the same platform as our intelligent execution capabilities. It comprises our digital acquisition systems along with surface-related steering automation and energy management workflows. And then there is downhole automation, which brings us to autonomous downhole control system. It completes the Four Pillars and enables us to introduce the industry’s most complete autonomous directional drilling offering.

What is the benefit of downhole autonomy?

Efficiency. Without downhole automation, our rotary steerable system (RSS) and at-bit steerable system (ABSS) control rely on surface decisions—period. Surface decisions need downhole data, which can take up to 10 minutes using pulse or other MWD transmission methods. Likewise, any instructions to carry out decisions must be downlinked back to the RSS, also taking an equivalent amount of time. This is referred to as “control-loop time” and, from data acquisition to decision making to instruction downlinking, can take up to 20 minutes or more.

Such a long control-loop time subsequently causes control latency that severely impacts the directional drilling process. First, it requires a lot of downlinks generated based on surface decisions and adjustments. Each downlink takes time, and often the drilling parameters are reduced to make sure the command is well-received downhole. And during this downlinking time, the RSS continues on an uncorrected path, which forces the directional driller to focus on trajectory rather than drilling performance—diminishing overall efficiency.

Additionally, we see particularly fast drilling speeds in US land wells. Drilling a stand (90 ft) with a control-loop time of 20 minutes magnifies deviation from the plan. This heavy latency creates severe tortuosity that negatively affects the life of the well and the asset.

This is where a downhole control loop makes the difference. Positioned just 6 or 7 feet from the bit, our RSSs measure azimuth and inclination while drilling at a rate of hundreds of times per second. This early data doesn’t have to be brought up to the surface for decision making; it will be used by the tool itself while downhole, correcting its steering parameters as needed each second to stay on the target plan. Developing this began with enabling quality while-drilling data, the base of our auto-tangent mode today. 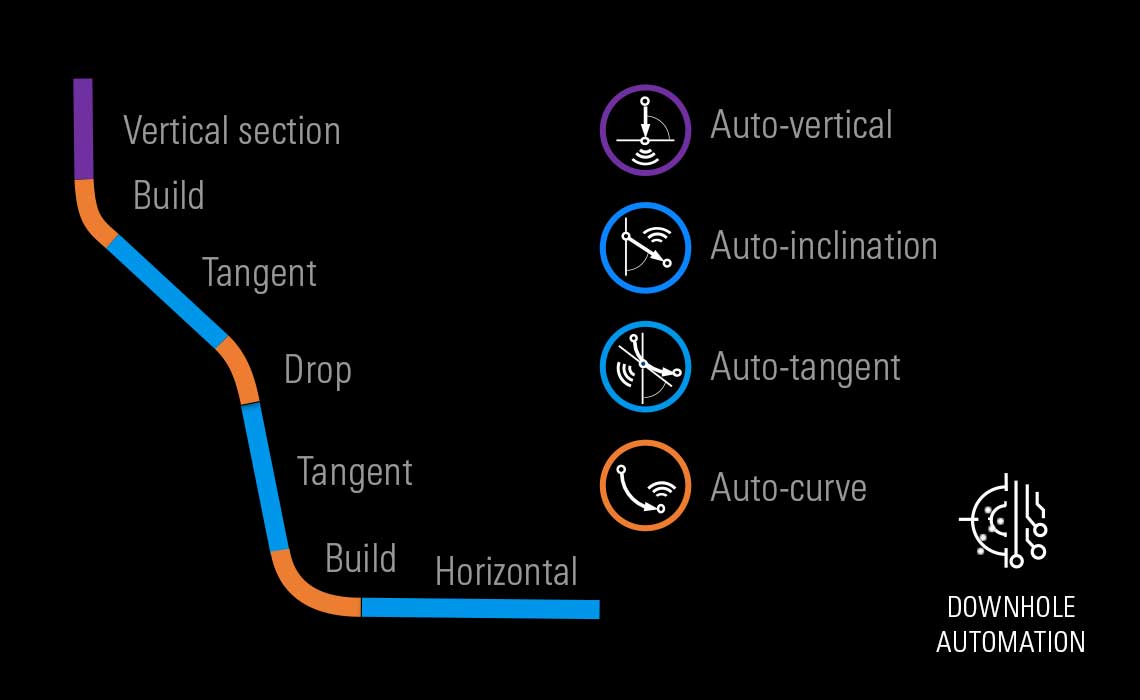 The beast of a challenge was solving for the curve. It requires an ability to access a form of ROP downhole for the tool to be able to measure a resulting dogleg severity (DLS) from its current steering parameters. Because the tool can measure its DLS downhole, it adjusts its own steering parameters each second downhole to get to the planned curve.

The benefits of replacing long surface control-loop time with an immediate response are distinct:

What are you doing now?

It’s really what we’ve been doing. Our RSSs have been running with the autonomous downhole control system for 18 years all around the world. And our ABSSs do as well. Auto-curve, our latest autonomous module, was introduced in field testing over a year ago and we have drilled a total of 26,000 ft of curves with this autonomous mode. Field testing includes a wide variety of trajectories and formations in US  land, the North Sea, and the Middle East. And these tests are case studies in the value downhole autonomy brings to our customers. Auto-curve reduces the downlinks needed to drill curves with an RSS or ABSS while increasing the overall drilling speed on these curves, delivering smoother boreholes in terms of low tortuosity.

We performed several runs on unconventional wells in the US, testing auto-curve using NeoSteer CL ABSS and PowerDrive Orbit G2 RSS. Curves in unconventional wells are crucial and a place where we wanted to bring efficiency and consistency. One of the published cases from the Permian Basin where very high shock and vibrations, high rpm, and drilling in the zone of exclusion—along the North–South line—make continuous while-drilling azimuth measurements downhole very difficult. The auto-curve from our autonomous downhole control system guided a PowerDrive Orbit G2 RSS while drilling seven curves on seven unconventional wells on a particular asset and comparing it with offset wells on the same asset. The curves required 42% fewer downlinks, and the on-bottom drilling speed increased by 39%.

What differentiates autonomous directional drilling from other automation offerings?

Autonomous directional drilling focuses on the entire workflow and connects them along the way to ensure the best outcome. But the downhole automation is vital because it lies within the tool itself, downhole, having the ability to maintain verticality, tangents, laterals, and now curves without interaction (downlinks) from the surface. And to be clear, only Schlumberger offers functioning downhole autonomous drilling of 3D curves.

Despite the technology, the real difference is performance. By enabling the tool to make decisions downhole, we have the closest and fastest decision and reaction to data acquisition, therefore delivering the least tortuous well possible at the highest possible ROP. And soon, this difference in performance from a self-driving BHA will catapult efficiency and consistency in a way unobtainable by any exclusively surface-controlled system.

Learn More About the Autonomous Downhole Control System
Now, autonomous downhole control technology can assess the data and react at the time and place needed, even when heading into the zone of exclusion (ZOE) or into rugged downhole conditions.
Learn More