Background
An operator needed to reverse declining production in an offshore well that suffered from heavy bariumsulfate (BaSO4) scaling. The Jet Blaster engineered high-pressure jetting service and Neyrfor TTT thru-tubing turbodrill were used in combination to efficiently clean out scale. A multicycle circulating valve (MCCV) was used to preserve the life of downhole tools and to enable higher pump rates for enhanced transport to surface. More than 7.5 metric tons of BaSO4 was removed from an 11,467-ft section of well and recovered at the surface. The scale was successfully ground into fine particles, which helped ease flow to surface.
Products Used
Neyrfor TTT Thru-Tubing Turbodrill
Jet Blaster HP Jetting Service
Neyrfor Turbodrilling Systems 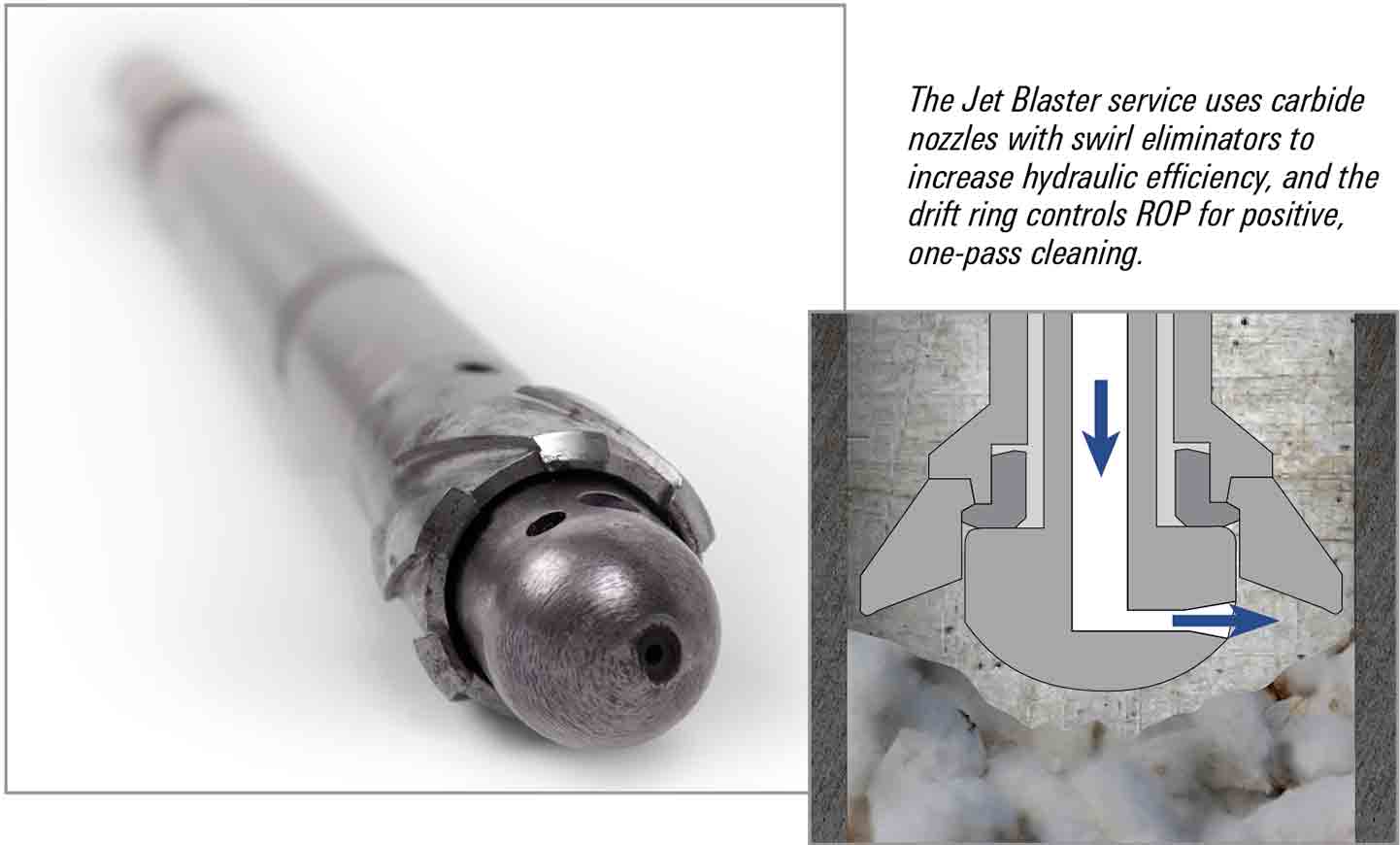