BP wanted to drill an 8 3/4-in curve section in a single run, achieving the desired build rate on the directional plan and improving the current performance obtained with a TCI bit.

The baselines for this operation were established from offsets drilled by BP within the previous 2 years and located within a 5-mile radius of this well. Curve sections in these wells were started by drilling through the Cromwell Formation, followed by the Caney, Hindsville, and Woodford Formations. The predominant challenge was in the Woodford Shale, which is primarily a siliciclastic fine-grain marine-derived rock (claystone) that ranges in thickness between 80 and 180 ft [24.38 and 54.86 m] in Central Arkoma basin. The Woodford Shale can be separated into upper, middle, and lower intervals, of which the most difficult are the upper and the middle, where the chert content goes up to 60% and has disseminated pyrite.

Drilling conditions and the operator's objectives called for a more aggressive bit design to improve the ROP and still guarantee directional requirements. The need was for a PDC bit with the directional features to achieve the planned build rate and to maintain good tool face control. Consequently, a customized 8 3/4-in specialty PDC bit was proposed to drill the curve section. A similar bit was used on the vertical section while nudging the intermediate section when more directional work was required. It showed very good toolface control and steerability, enabling Schlumberger to propose something similar for the curve section.

An analysis of offset well data using the DBOS drillbit optimization system identified the right cutting structure for the formation challenges of this curve section. The IDEAS integrated dynamic design and analysis platform was then used for the final bit design, incorporating directional drilling certification.

The specialty PDC bit improved overall ROP, and in the last two wells, by 63% and 100%, respectively, when compared with the average ROP obtained with the TCI bit.

The directional features of the specialty PDC enabled good directional performance in all the curve sections. Not only was the curve section completed in a single run without any recorded toolface issues, but the bit provided an opportunity to hit the first target boxes of the lateral section. The planned DLS was achieved in all curve sections with most ranging from 10° to 12°, although some were nearly 16° at section start. 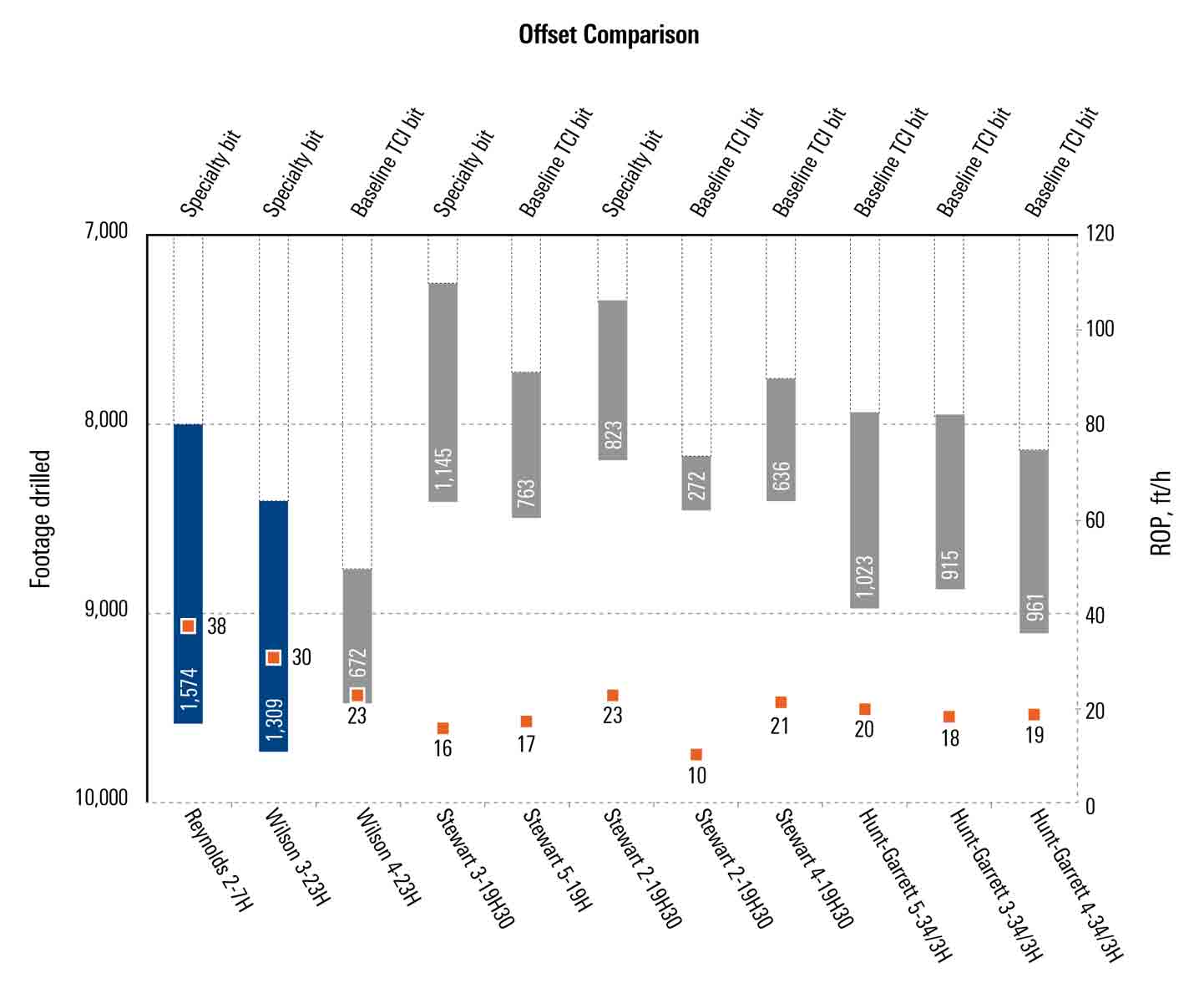