With the potential to encounter underbalanced conditions when testing a high-pressure 1,800-ft well offshore Brazil, an operator sought a solution that would allow for real-time monitoring of well conditions should downhole pressure change unexpectedly.

While running in hole, the bottomhole pressure transmitted in real time revealed that the calcium bromide completion fluid in the well had a lower density than expected. The drilling fluid had a density of 13.9 ppg, but the completion fluid in the well during testing had a density of only 13.2 ppg. The operator chose to proceed with the test because engineers could continue to monitor downhole conditions in real time.

Proceeding with the test, the IRDV valve was run in sequential mode to be able to flow the well in a safer, more controlled manner. These sequential commands provide the test valve with a pressure-operated mode so that the well can be shut in quickly by bleeding off applied annulus pressure. The pressure and temperature of the tubing above and below the IRDV valve, as well as in the annulus, were also monitored in real time.

When flowing the well, the annulus was pressurized 800 psi above hydrostatic, which kept it 500 psi above reservoir pressure. In shut-in conditions, the annulus pressure was 300 psi less than reservoir pressure. With such pressure and temperature measurements available to the reservoir engineer during testing, a diagnostic plot could be made before the end of the test to validate the reservoir response. The diagnostic plot made in real time with the transmitted data showed the same features as the plot obtained using the memory-mode data recorded at a high frequency. 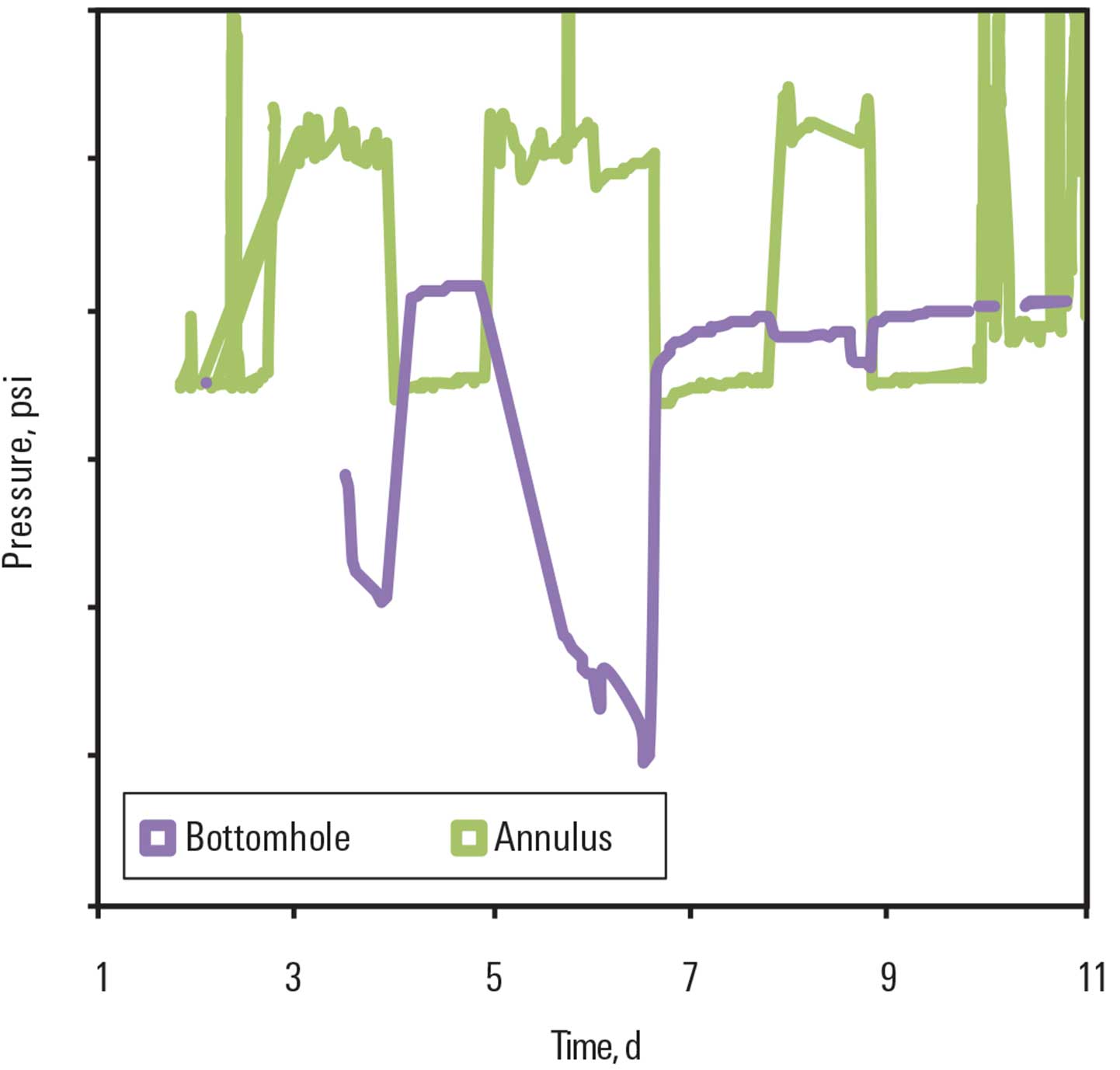 Downhole conditions monitored in real time to enhance operational safety. During the static periods, the well was in underbalanced conditions.

Comparison of the log-to-log diagnostic Elapsed plot obtained time, during the well test with data transmitted via Signature gauges enabled by Muzic wireless telemetry and memory-mode data acquired every 5 s.

Challenge: Test a high-pressure reservoir in a deepwater well in underbalanced conditions as safely and with as much control as possible

Monitor and manage wellbore events as they happen, validate pressure data while you test, and ensure that you've met your test objectives before ending your test.

Combine a tester valve and a circulating valve that can be cycled independently or in sequence.