Frontera deployed a BHA fitted with the EnduroBlade 360 bit and a PowerDrive Xceed RSS for the 14¾-in section. The BHA withstood 225 circulating hours and achieved an average ROP of 20 ft/h. A single bit was used for the section, rather than the normal three conventional bits used in offsets, eliminating a planned trip and saving USD 400,000.

Similarly, the BHA for the 10 5/8-in × 12-in section also used an EnduroBlade 360 bit, along with a Rhino XC reamer. A PowerDrive Orbit RSS was used due to its superior directional drilling control. The result was 248 circulating hours with an average ROP of 15 ft/h, reducing planned rig time by 2.5 days for a savings of USD 500,000. 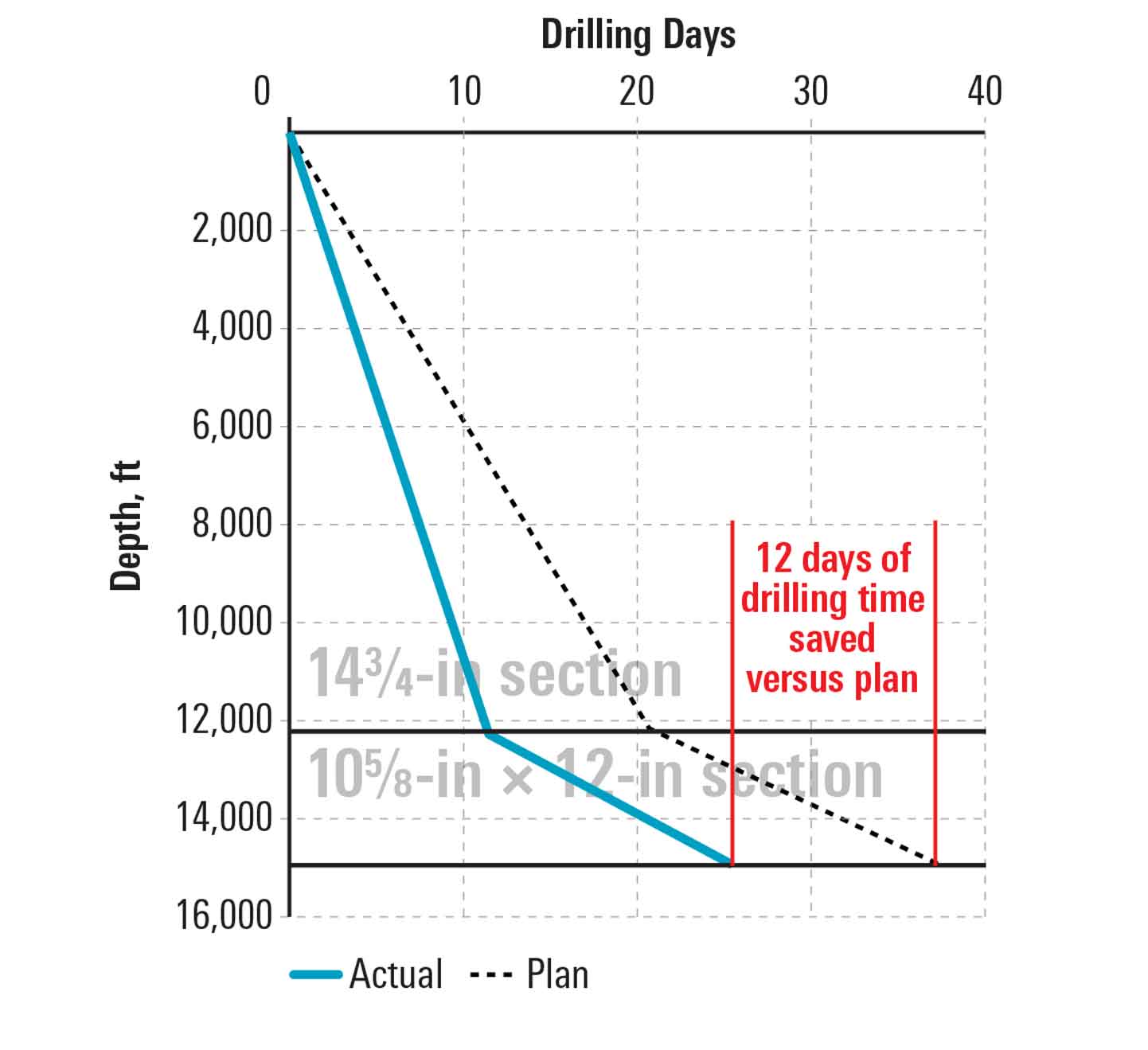