SEIC partnered with Schlumberger for a detailed drilling and contingency program. After saving more than 20 hours on the first well, SEIC wanted to reduce time and costs while drilling the 8 1/2-in × 10 1/4-in section of the second well. In addition to greater operational efficiency, SEIC required a 45° inclination with minimal tortuosity, accurate LWD measurements not more than 49 ft behind the bit, and a solids-free environment for openhole gravel-pack operations. 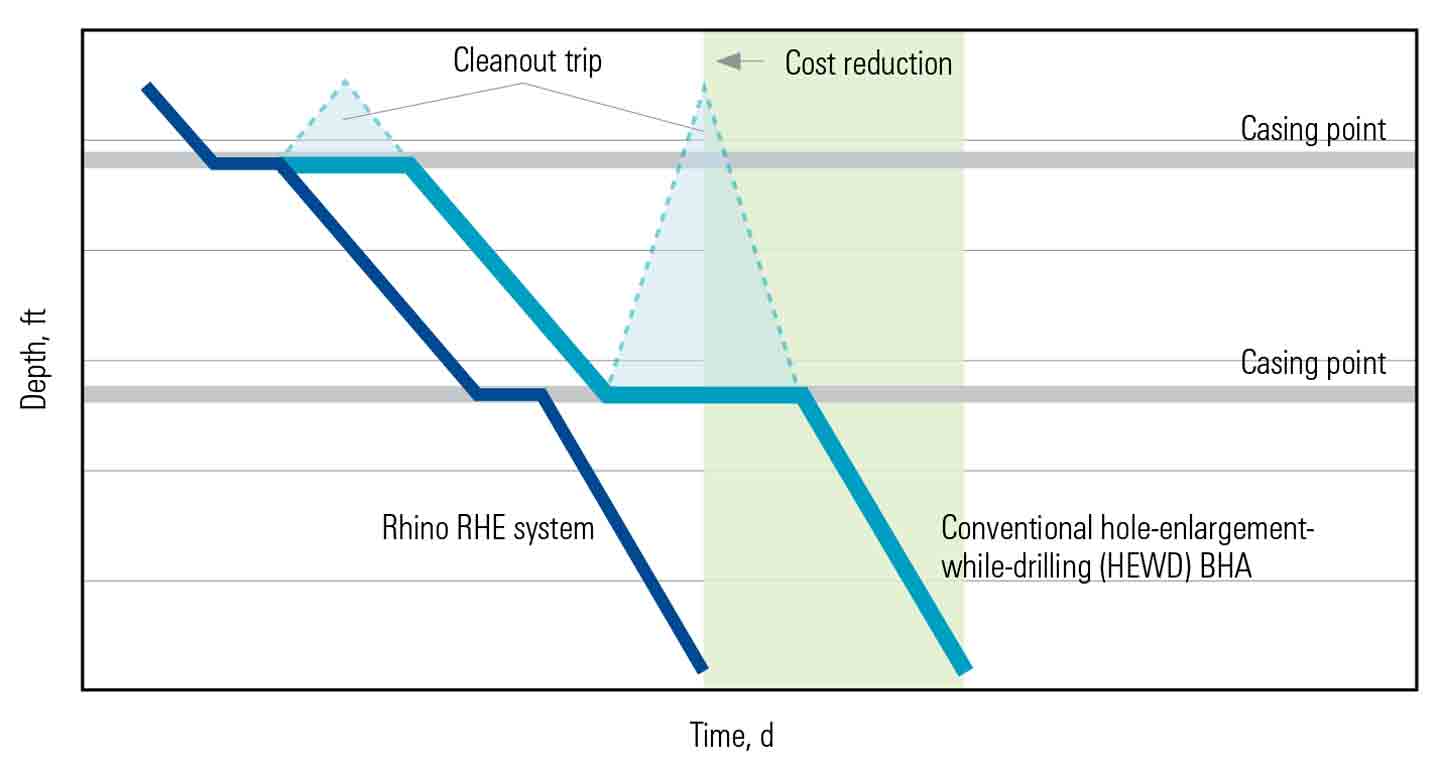 Schlumberger and SEIC performed a joint peer review of the sequence of operations, including the fluids program, which revealed that to maintain a solids-free environment, both reamers had to be closed after underreaming. To address this, SEIC agreed to deploy Rhino XS2 full-cycle expandable reamer, a double-ball drop system, so a second ball could be dropped to close the reamer after underreaming-while-drilling operations. This would prevent any additional cuttings generation from an open reamer while backreaming the enlarged hole, for risk-free backreaming inside the 9 5/8-in liner and 13 3/8-in casing.

Using the IDEAS integrated dynamic design and analysis platform, Schlumberger drilling experts compared more than 24 BHAs before customizing a design that would minimize shock, vibrations, and differential sticking while drilling through alternating lithology. The final BHA successfully addressed all the risks identified by the drilling, subsurface, and completions teams—enabling multiple operational steps to be performed with a single BHA. The engineered drillstring included

This marked the world’s first rathole elimination job to use PowerDrive RSS with the Rhino XS2 reamer. The push-the-bit PowerDrive X6 675 RSS provided precise directional control through its closed-loop, inclination-hold feature, enabling SEIC to maintain a 45° inclination with no additional corrections.

The dual-reamer BHA enabled SEIC to drill and enlarge the wellbore while reducing rathole length by 83%—eliminating the need for a dedicated cleanout run.

Applying lessons learned from the first well, Schlumberger and SEIC successfully used the dual-reamer BHA configuration to drill and ream the challenging 469-ft interval of the second well at an average ROP of 60 ft/h. SEIC enlarged the hole from 8 1/2 to 10 1/4 in one run, eliminating the need for a separate, time-consuming rathole cleanout run. The integrated drilling system saved SEIC a total of 60 hours, delivering the two wells 7.5 days ahead of the AFE. These drilling efficiencies reduced operational costs for both wells by more than USD 200,000 and USD 400,000, respectively.

Challenge: Drill and complete two reservoir sections in a tight time frame due to seasonal constraints.