How It Works: Ball Valves

How It Works: Ball Valves

A ball valve is a device with a spherical closure unit that provides on-off control of flow.

Ball valves have a spherical closure unit that provides on/off control of flow. The sphere has a port (bore) through the center. When the valve is positioned such that the bore is aligned in the same direction as the pipeline, it is in the open position, and fluid can flow through it. When rotated 90°, the bore becomes perpendicular to the flow path, meaning the valve is closed, and fluid cannot pass through. Ball, butterfly, and plug valves make up the quarter-turn valve family.

The most common ball valve design is two way, which enables flow to linearly travel from the inlet to the exit. Three- and four-way ball valves enable flow to travel in multiple directions, including 90° angles.

Trunnion-mounted ball valves feature additional mechanical anchoring at the top and bottom on the ball. This design makes them suitable for larger-bore and higher-pressure operations as well as reduces valve torque because the ball is supported in two places. The trunnion-mounted stem absorbs the thrust from the line pressure, preventing excess friction between the ball and seats; therefore, at full-rated working pressure, operating torque remains low.

Rising stem ball valves incorporate tilt-and-turn operation, eliminating seal rubbing—one of the primary causes of valve failure. When the valve is closed, the core is wedged against the seat, ensuring positive shutoff. When the valve is open, the core tilts away from the seal, and flow passes uniformly around the core face.

Full-port (fullbore) ball valves have a bore internal diameter (ID) approximately equal to the pipeline ID, which reduces friction and pressure loss across the valve and eliminates flow restrictions. This type of bore is ideal when pigging may be necessary.

V-port ball valves have a “V”-shaped ball or seat. Also known as control valves, they control flow velocities when the application requires. 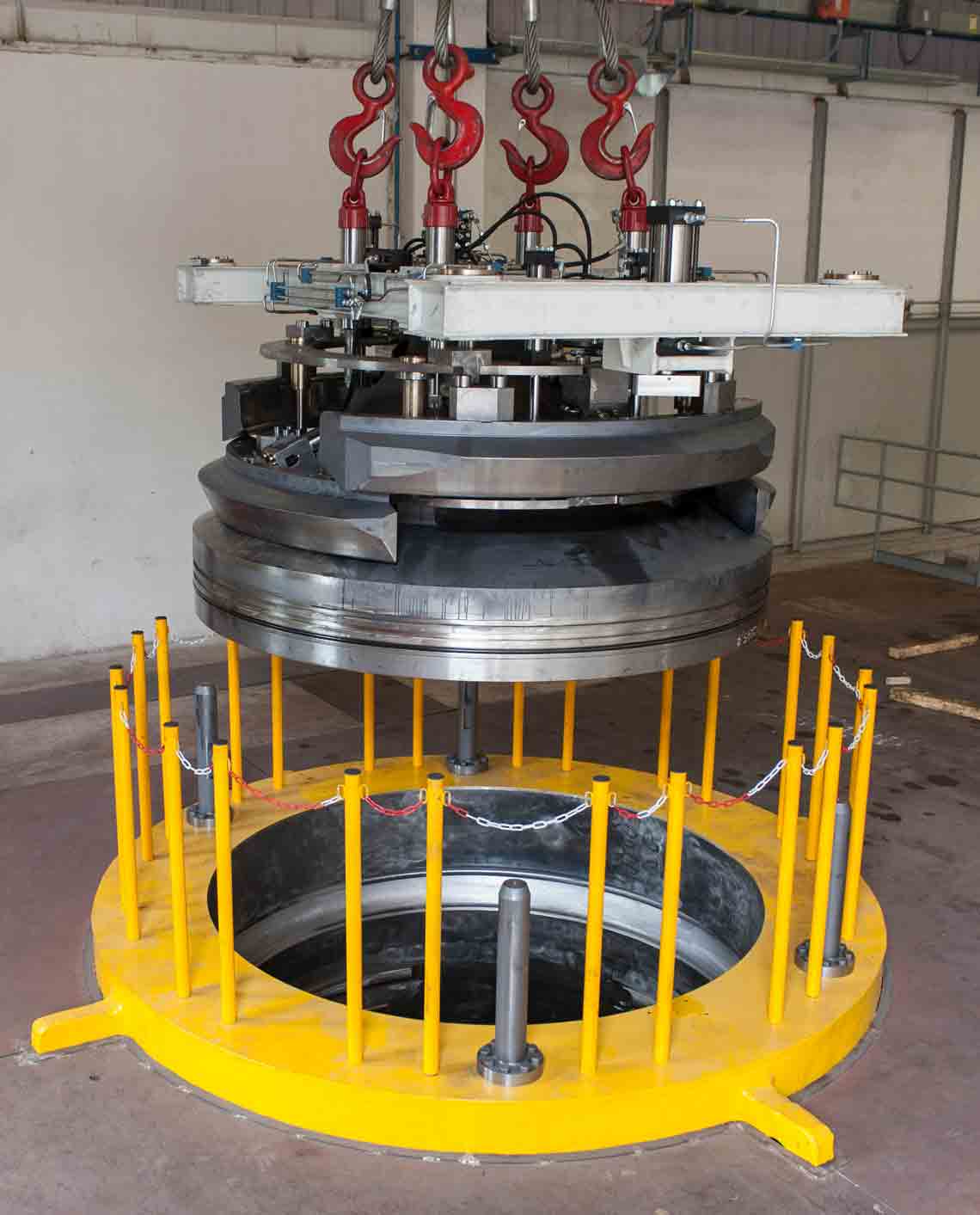 The RING-O subsea valve design is similar to equivalent topside valves, but has additional features to withstand the external pressure caused by the column of seawater at operating depths.

Ball valves can be used in transmission and storage, gas processing, industrial applications, and many more. They provide reliable leak protection, which is especially beneficial in gas applications. Ball valves have low pressure drop and can open and close quickly. A variety of construction materials, trim options, and designs make them extremely versatile. RING-O subsea valves are commonly used on manifolds that require long service life at high pressures.

When zero leakage and frequent operation are demanded.

Two-piece design with a ductile iron body and tailpiece.

Withstand the external pressure caused by the column of seawater at operating depths.